There has been a lot of hard work behind the scenes by all the acts on our long-list. After over 5,000 votes we can now reveal the four lucky artists that have made it to the final of Kickstart 2015.

As previously announced the four finalists will play a special showcase gig on Friday 27th February 2015 in The Bar With No Name, Belfast. Entry to the showcase will be completely FREE, so you have no excuse for not coming down and supporting local music.

So lets meet our four finalists: 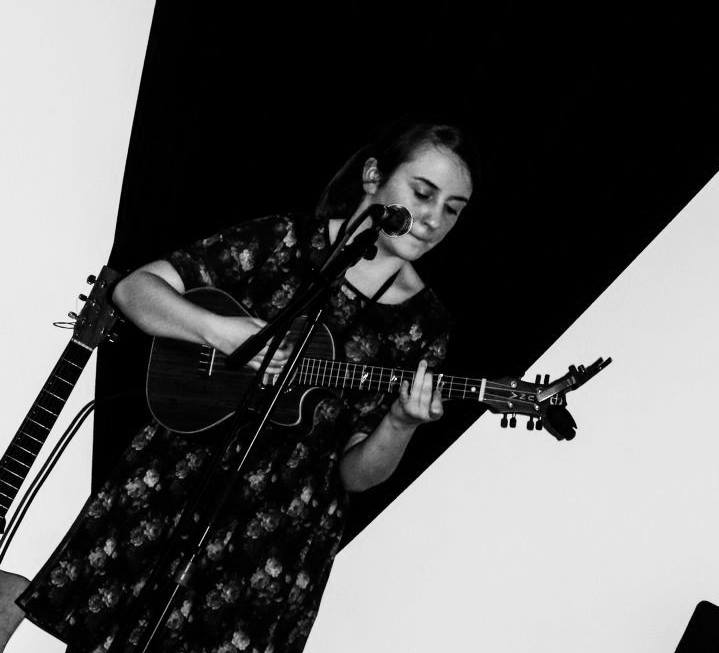 I’m Lauren Bird and i’m a singer/songwriter from Tyrone. I just graduated from Queens with a music degree and have since then put out my first EP, which went to number one on the acoustic Bandcamp chart. When I was seven I wanted to be either a psychiatrist or Britney Spears and I know for a fact that I had no idea what a psychiatrist was. So, i’m being Britney Spears… if Britney was an unsigned singer/songwriter with a ukulele playing around Belfast.

I think every artist has their songs that they like to play and their songs that they love to play, and Morning is a favourite of mine. It is the EP opener and the song I start my sets with because I think it’s a good introduction to my sound and me as a person. It’s basically a catchy song about how I can over-analyse something as simple as falling asleep. 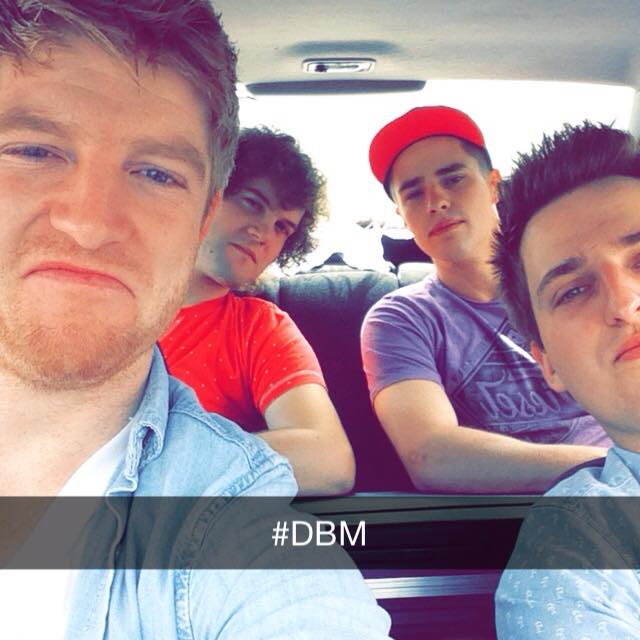 Four piece alternative rock Band hail from the foot of the Mourne Mountains including Newcastle and Kilkeel on the South East coast of Co. Down. Dwaine (Rhythm Guitar & vocals), Conor (Lead Guitar), Gary (Bass), Graeme (Drums). The band formed in Spring 2014 and have played mainly local gigs, had a number of successes in battle of the bands, Tanglewood Music festival.

This was a hard decision to choose which of the songs to showcase with, but with the success of our first single ‘Lucy’ and the great feedback we have received we decided to go with ‘Lucy’. This is a great choice to give the listeners and understanding of what we are about and what we can do. 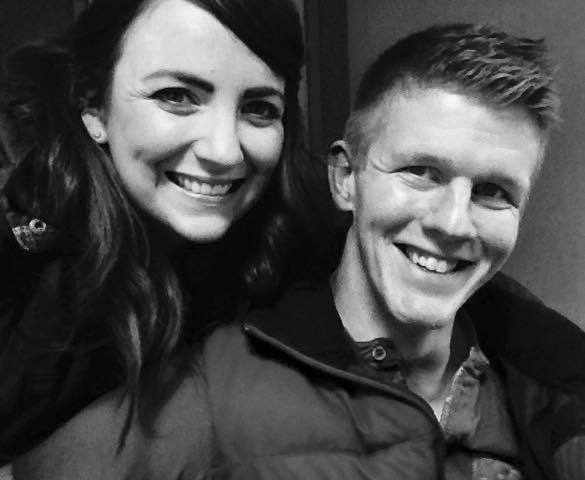 ► Tell us a bit about yourselves?
Chase the River are Belfast based duo Lauren Molloy and Stuart Lunn. The duo met whist playing individually at a local gig in the Empire Music Hall in October 2014. One very creative song writing session, a studio visit and a gig later, Chase the River became a reality.

Whilst Lauren and Stuart have very different voices and musical backgrounds, their own personalities and musical aptitudes truly compliment one another. Haunting melodies, endearing lyrics and heartbreaking honesty ensure that this pair are leaving lasting impressions on all those who hear them.

We decided to enter kickstart with our original song ‘4am’ because we felt it was the best choice to showcase what we are all about. Acoustic guitars, sweeping strings, haunting harmonies and relatable lyrics. 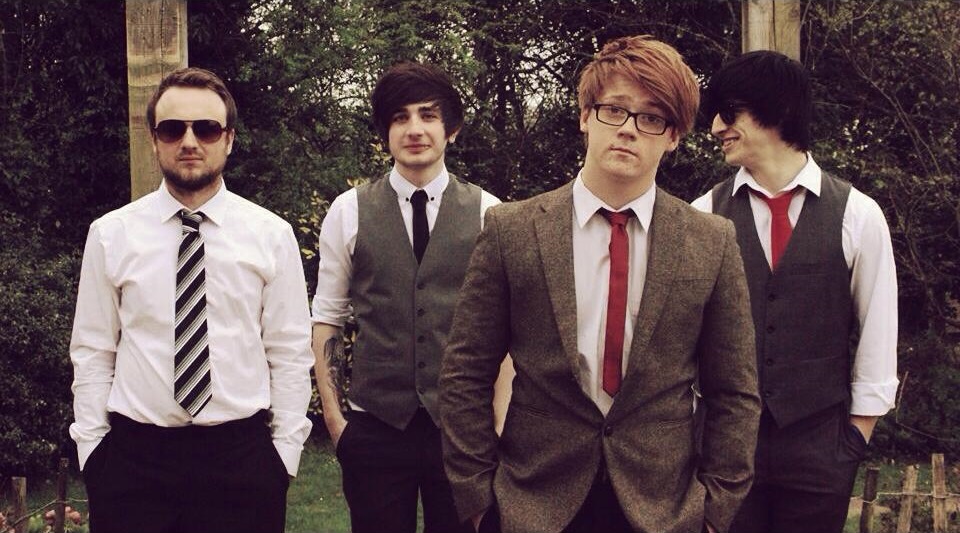 We are pop/punk rock band based in Armagh. Formed in 2012 we started jamming and putting together original songs. Soon after we hit local scene and doing gigs all over Ireland. Gigging is what drives us forward. Playing to 10 or 100 people we always aim to put on the best performance and share our passion. We’ve since released our first EP “Prologue” and received great reviews and feedback. We take that as great inspiration and second EP is in the making.

We’ve entered our song Houston for Kickstart because we think it represents Foreign Affairs in most fairest way. We are pop punk with a twist. We are still experimenting with our sound in some aspects but Houston was one of our first songs recorded and we knew it was what we are aiming to achieve with our sound and originality. 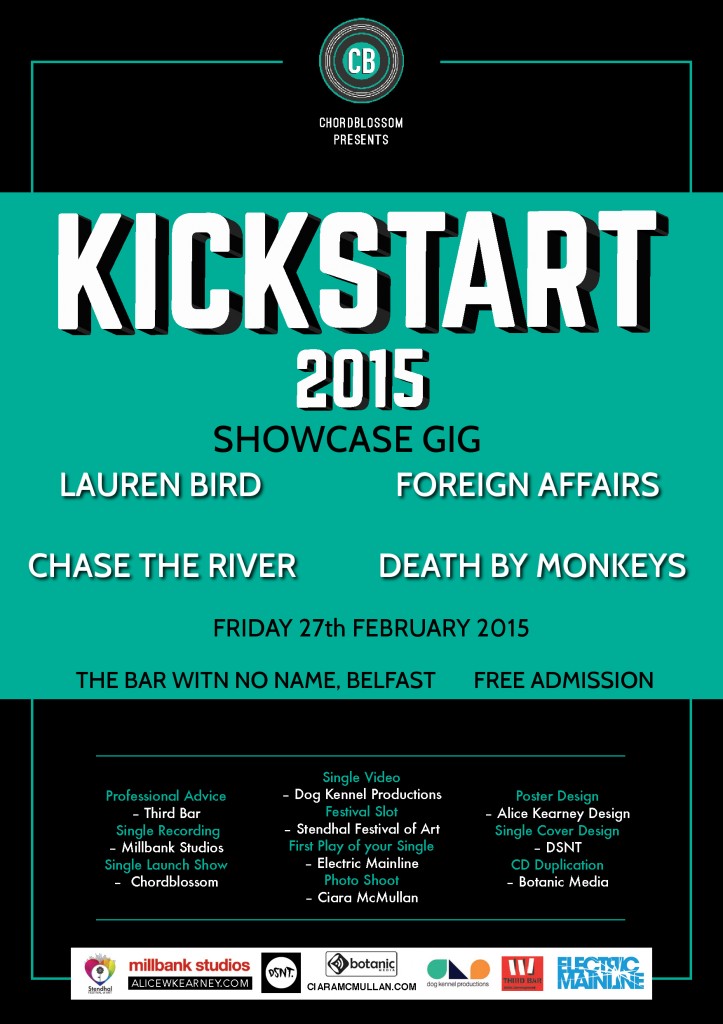 A big thanks to our partners and supporters for Kickstart 2015. If you are a band or a buisness, we highly recommend you work with them!

For those interested in the facts and figures, we’ve listed the total number of votes* received by the top ten artists: 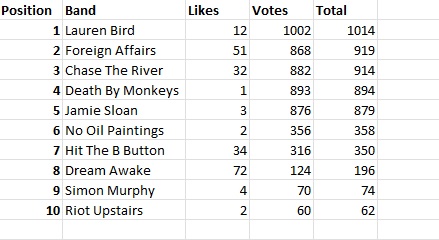 *Due to an error at the start there were two methods to vote, one by clicking a like button on the voting page and also by clicking a vote button. Unfortunately the voting software wasn’t able to total the two so we took the decision to simplify the vote to just the vote button. We counted the number of likes received by each band up to that point and added them in at the end to give the final total that appears above.