After a successful debut event in 2016, Moira Calling returns for its sophomore offering with not one but two days of live music across Friday 7th and Saturday 8th September 2017. The organisers have unveiled a bill of fourteen acts to close out the summer music festival season. 2017 will see the festival headlined by London’s Eliza and the Bear whilst also featuring appearances from big local big hitters the Emerald Armada and Girls Names.

In what can only be described as an eclectic line-up, punters will also be treated to performances from Silences, Ryan Vail and Brand New Friend amongst others. Tickets for the event are available from Music Glue and are priced at £30 for adults, £15 for under 18s and free for anyone under 12. We had a blast at last year’s event and can’t wait to get back to Moira for another go. 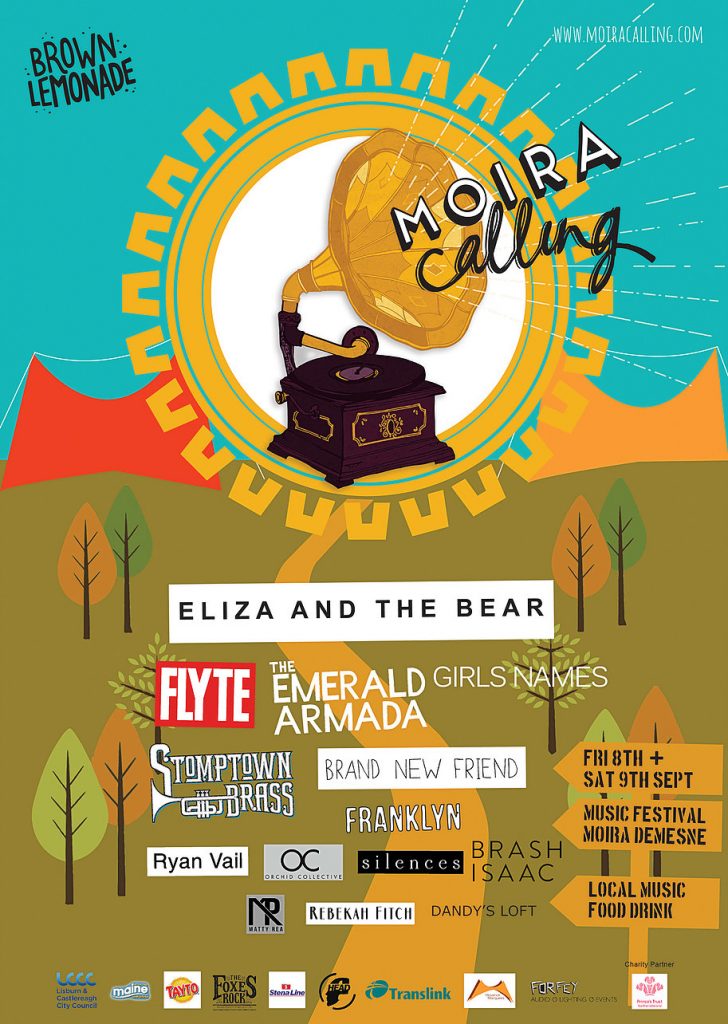