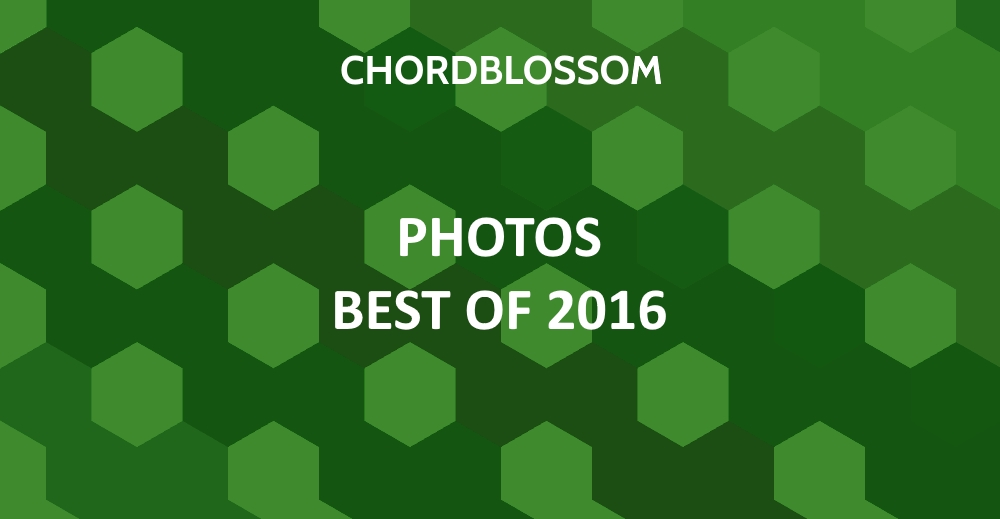 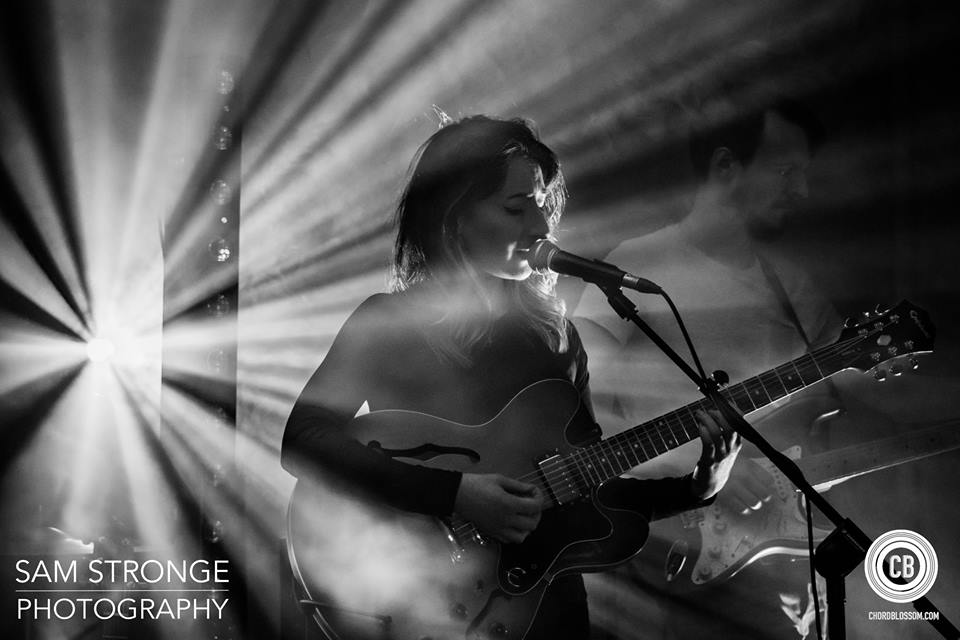 Runaway Go – 12th February. 2016 saw the return of one of Northern Ireland’s best pop duo’s, Runaway Go. Having whittled their members down to just two, Fiona O’Kane and Dave Jackson, they returned with a wildly successful Pledge campaign which led to the release of ‘Alive.’ The group launched the album in the beautiful Redeemer Central, a perfectly intimate setting suited to indie-pop songs like ‘Ashes’ and ‘Crawl’ to ethereal numbers like “I’ll Still Love You.” This shot by Sam Stronge captures singer Fiona O’Kane at the ‘Alive’ album launch. 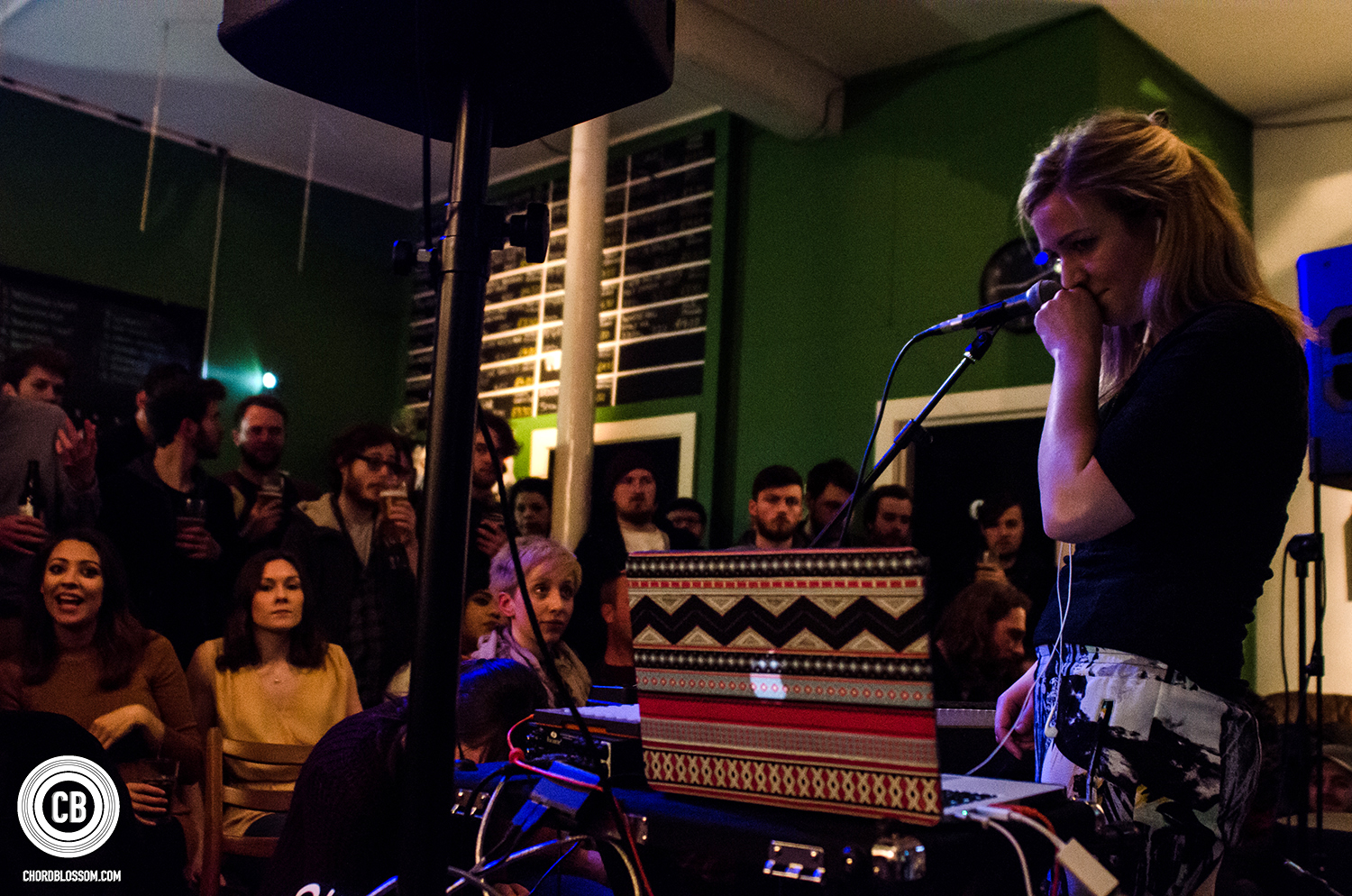 Rachael Boyd – 18th February. For the past few years Generator NI has hosted Output, a music industry conference with a series of showcase gigs in the evening. Last year we hosted Tuskany, Travis is a Tourist, Ryan McMullan and the talented Rachael Boyd in a packed out Green Room at the Black Box. Conor Kerr captured the songwriter preparing her next track. 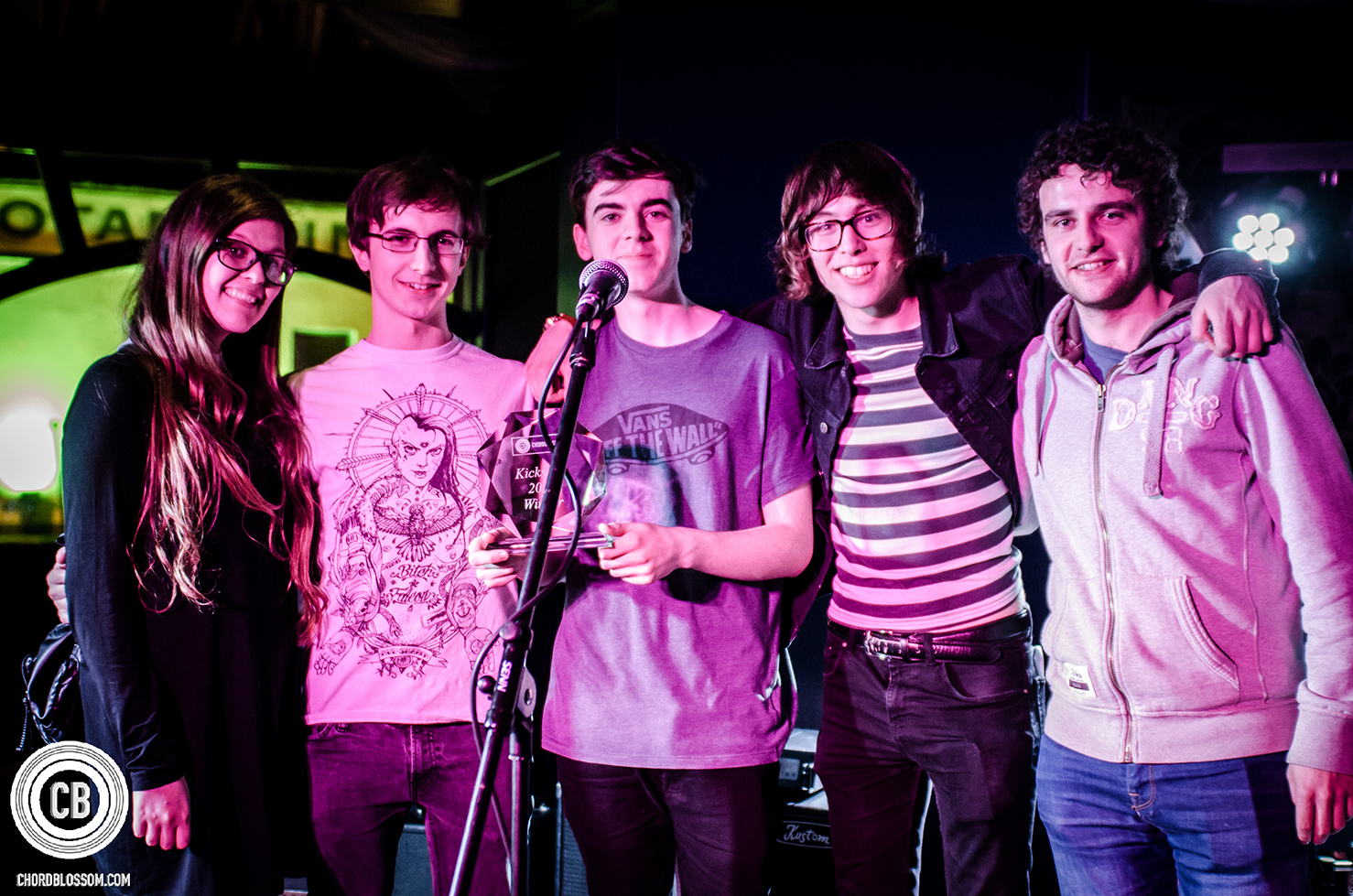 Brand New Friend – 10th March. Every year our Kickstart winner aims to boost the music career of one talented band or artist. We’ve been blown away time and again by our winners, previous ones have included Lauren Bird, In An Instant and SOAK. Brand New Friend won our 2016 edition on the back of their track ‘I Was An Astronaut’ and a stellar performance in the live final, going to great things throughout the year. Other finalists included Saturn Sundown, Dandelion Tea and Ink Spelt Death. Here’s the winners celebrating with our editor Robert Brown. 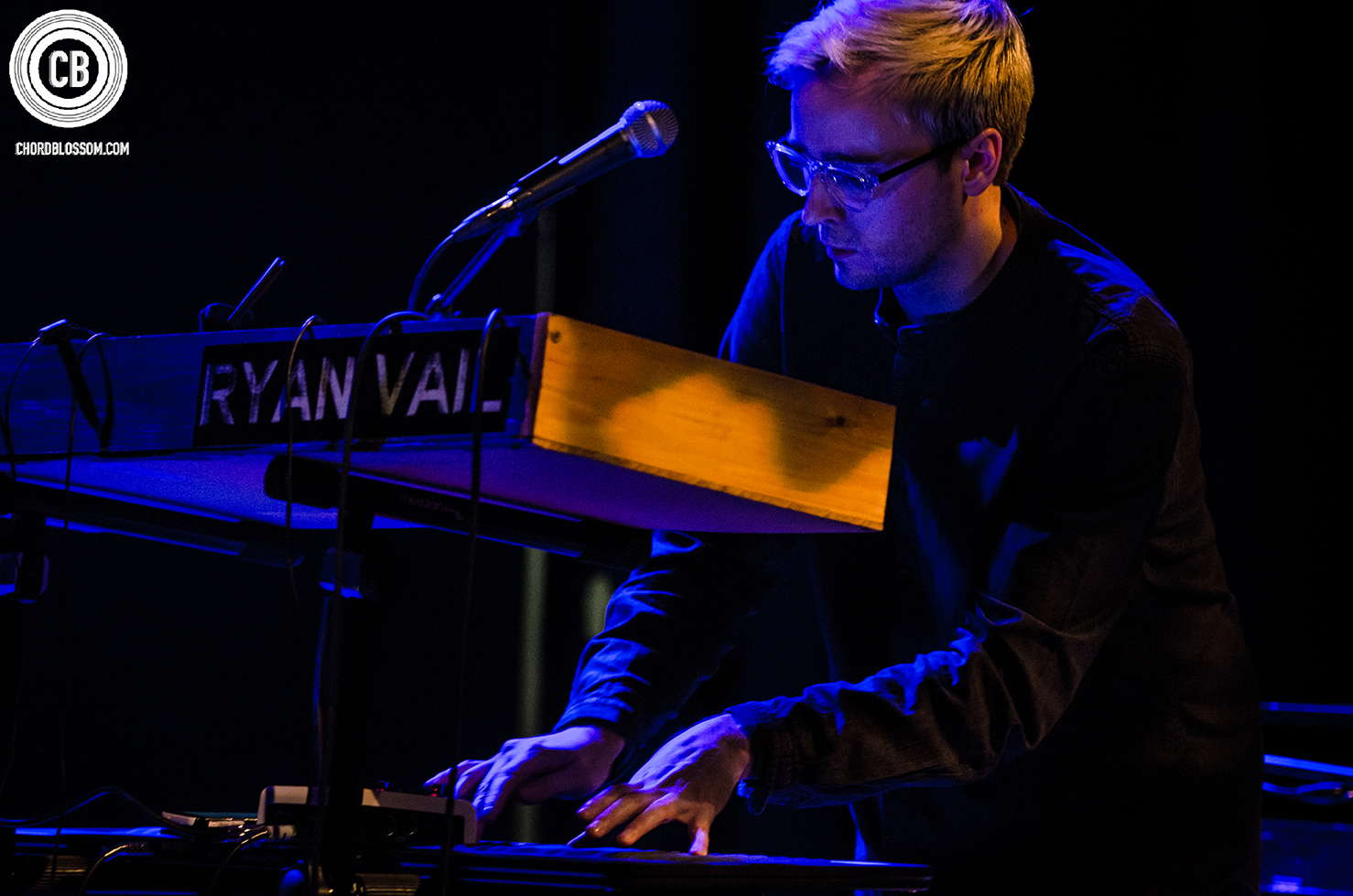 Ryan Vail – 8th April. One of the standout albums of the year came from Derry’s Ryan Vail. For Every Silence combined electronic sounds with classical tones of piano and strings to tell the story of a hundred year old piano. A second consecutive NI Music Prize nomination followed, after last year’s Sea Legs collaboration and it’s easy to see why on first listen. Conor Kerr captured his album launch in The Mac. 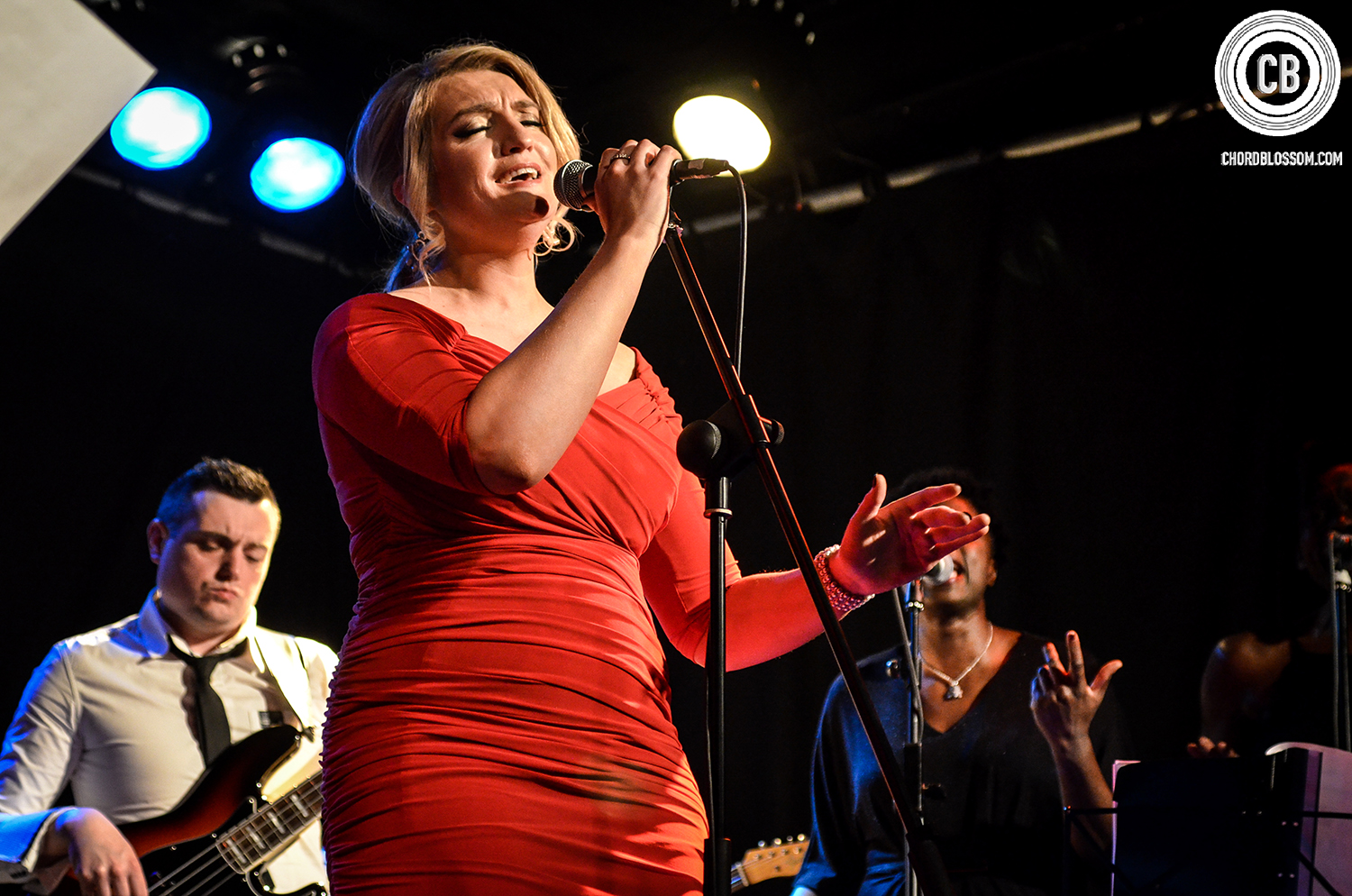 Amanda St John – 3rd May. 2016 was a strong year for Amanda St John, a year which saw her release her debut album, ‘Grow.’ The album and subsequent launch show in Belfast’s Black Box gave us exactly what we expected and more; the powerful, soulful vocals, beautiful melodies, and a top class band featuring musicians such as Linley Hamilton. This photo by Conor Kerr comes from the album launch in May 2016 at the Black Box. 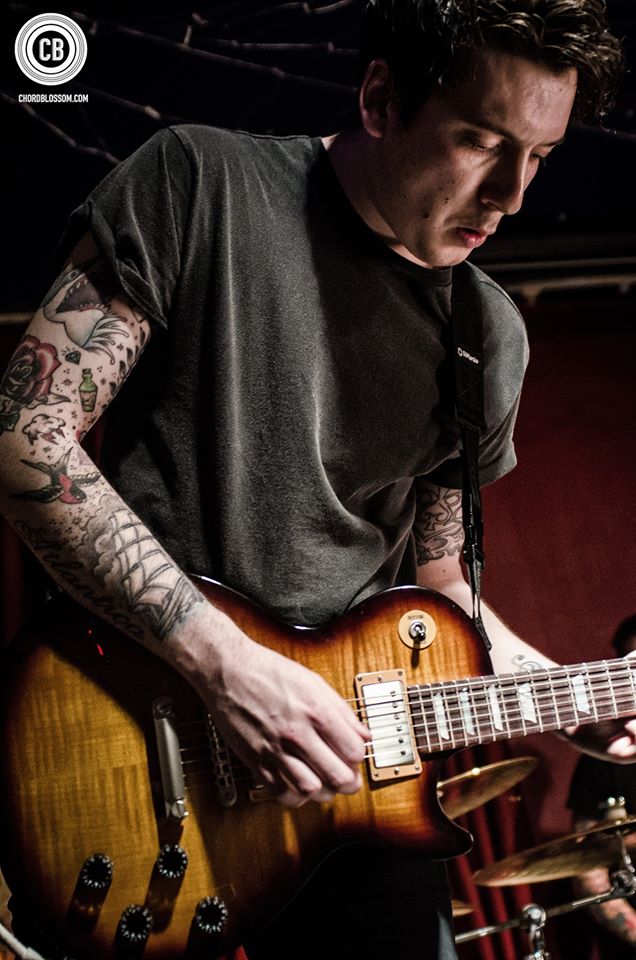 Making Monsters – 14th May. Making Monsters are no stranger to ‘Best of’ lists, and 2016 proved why. The Derry four-piece had a superb year, with tour with Forever Never and the release of their ‘Bad Blood’ EP just two of the highlights. As part of the tour supporting the EP there of course had to be a show in their hometown of Derry. Testament to the strength of their catalogue, the band play a set featuring new material from ‘Bad Blood’ as well being able to cherry pick live favourites from previous releases. This shot features guitarist Paul Monk at the EP launch in Sandino’s, Derry. 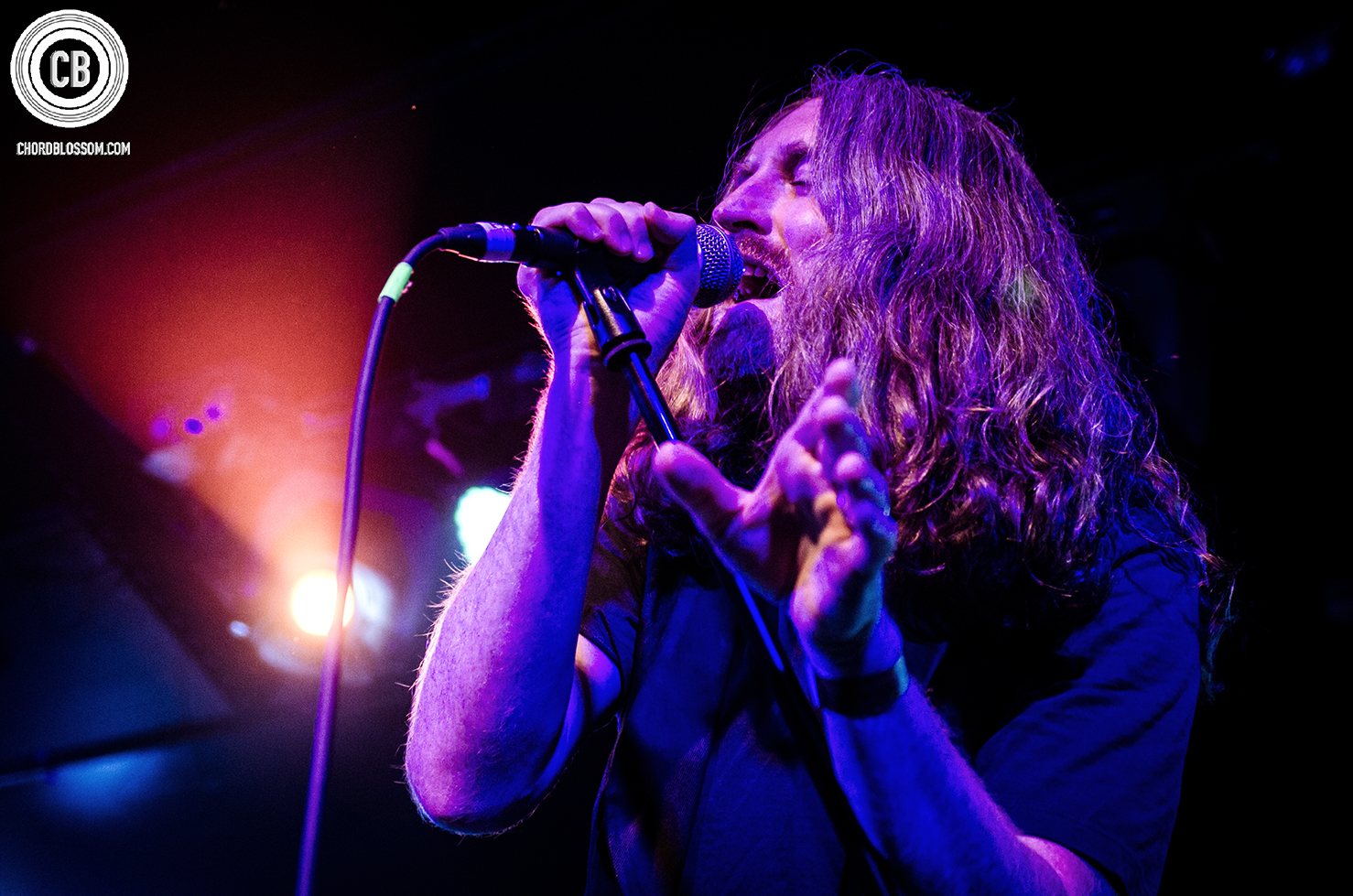 The Answer – 3rd June. County Down rockers The Answer have had a tumultuous time of late, between personal hardships and attempting to revive the magic that the band feared had gone, despite the strong releases of late. We now know with the release of new album ‘Solas’ that the group are back to their best. In March of 2016 they embarked on a tour to celebrate the 10th Anniversary of the release of their debut album Rise, which included a date in Belfast’s Limelight – for a band that very much looks forward, a rare and welcome return to where they began. Photo of lead singer Cormac Neeson by Conor Kerr. 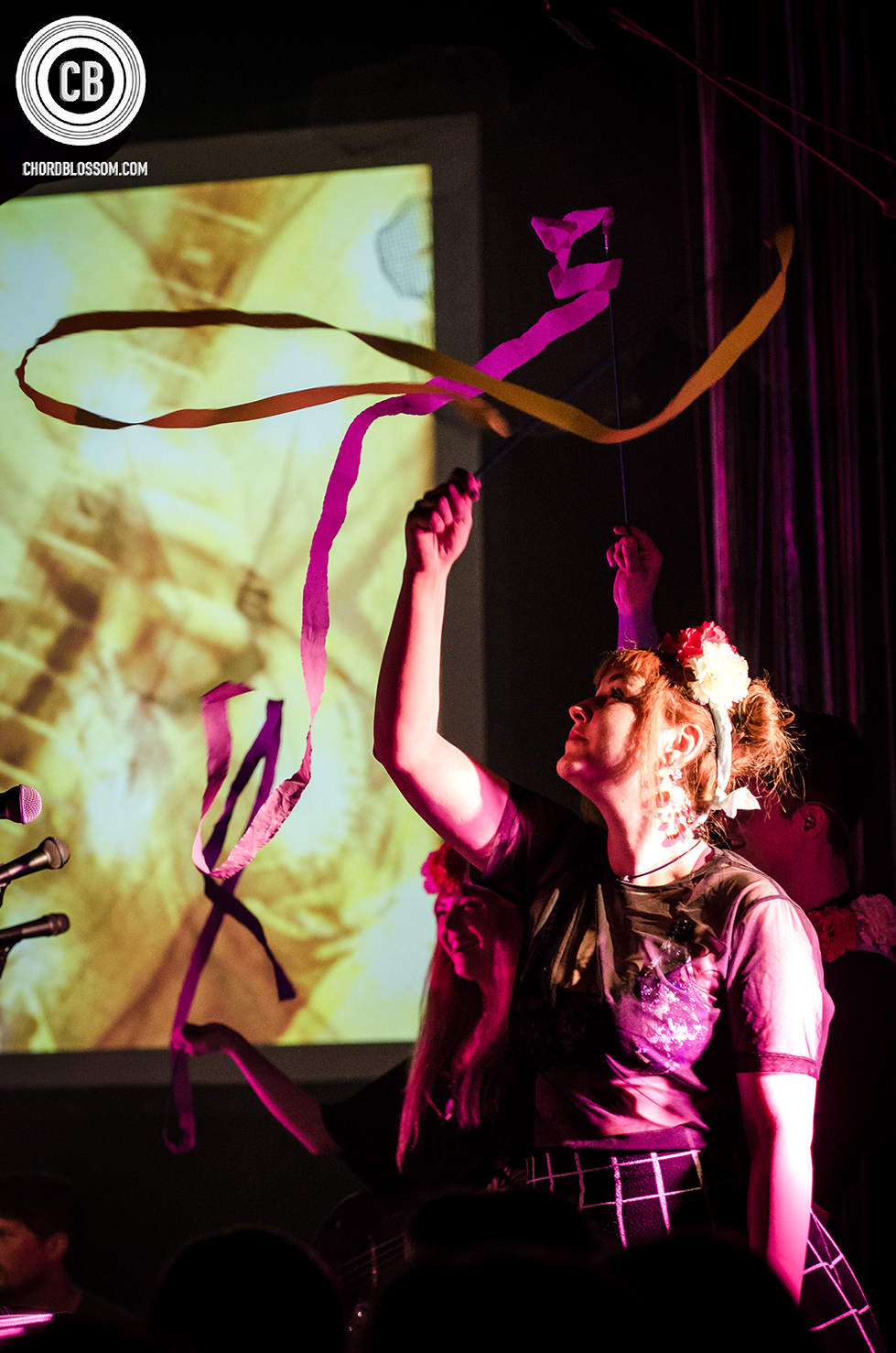 Murmur – 11th June. Murmur was undoubtedly one of the best and most unique productions of 2016. The creation of the artist in residence at The Mac (at the time), Katie Richardson aka Goldie Fawn, Murmur saw a large stage set up featuring 4 brilliant Irish acts on stage at the same time – Goldie Fawn, Beauty Sleep, New Portals and AE Mak, and also featured choreographed dance performances. This shot by Conor Kerr is of Beauty Sleep vocalist Cheylene Murphy. 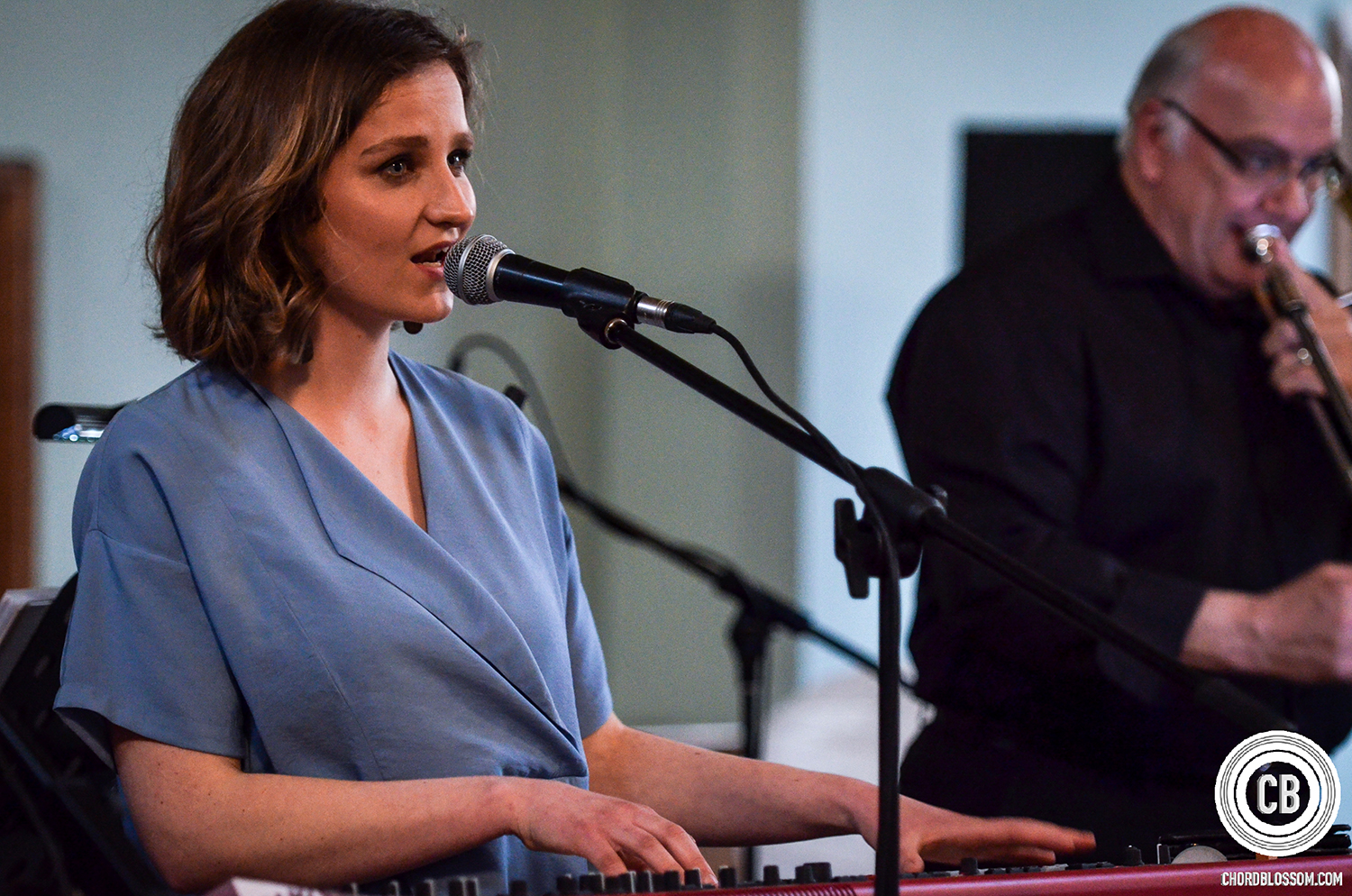 Hannah McPhillimy – 13th June. Combining shades of jazz and folk within her piano led songs, Hannah McPhillimy has always remained amongst our favourite Northern Irish songwriters. This year’s Wind Machine EP was another gorgeous release. Launched in the fitting surrounds of Belfast’s Redeemer Central and backed by a band of brass and strings, this shot by Conor Kerr shows McPhillimy mid-performance. 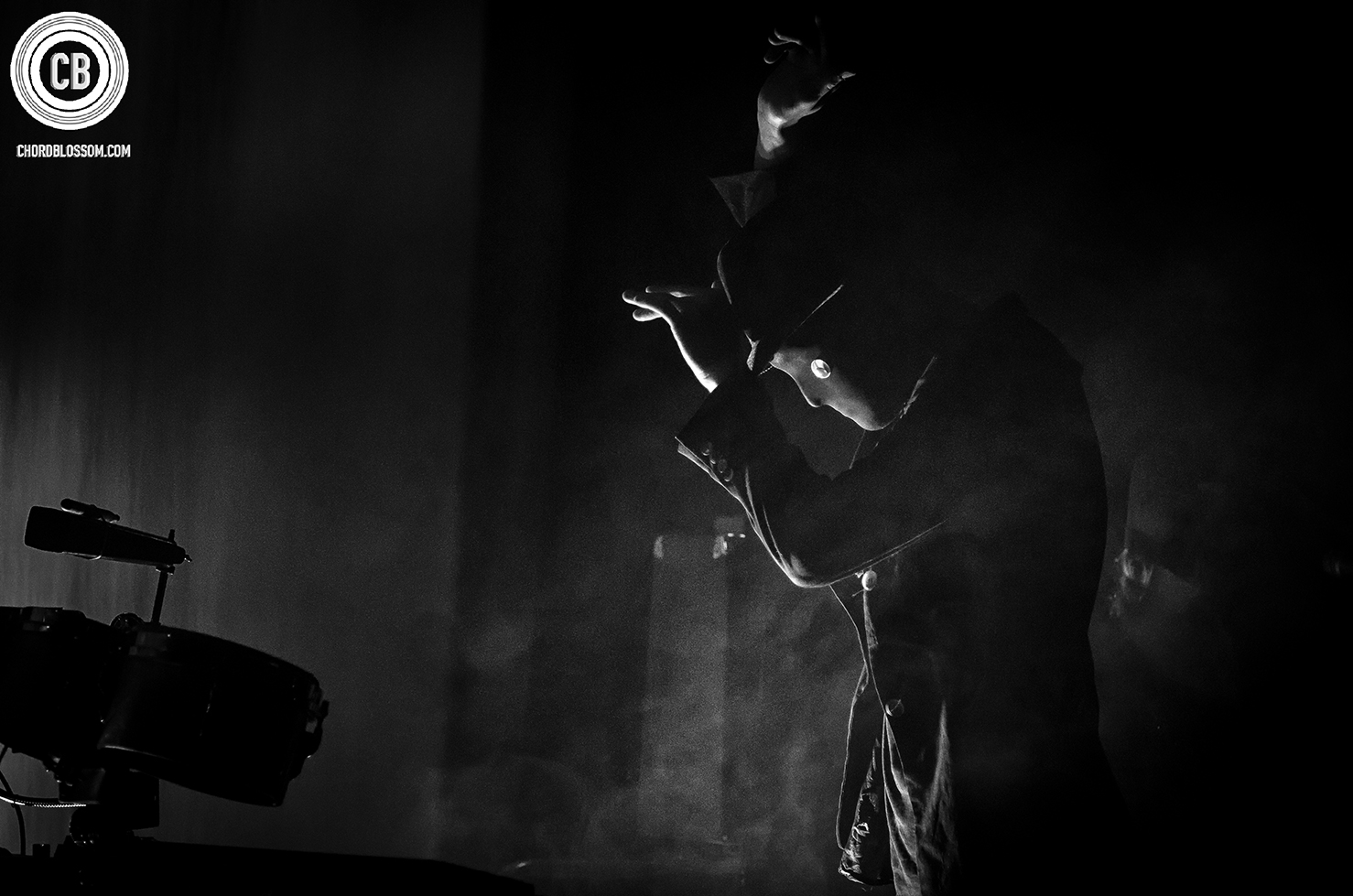 Michael Mormecha – 30th June. Another shot, another NI Music Prize nominee. Not one for convention, Michael Mormecha launched his debut album in some style, with him and his band all dressed head to toe in black, complete with blackout masks. This atmospheric shot by Conor Kerr shows Mormecha orchestrating things in the Crescent Arts Centre on 30th June 2016. 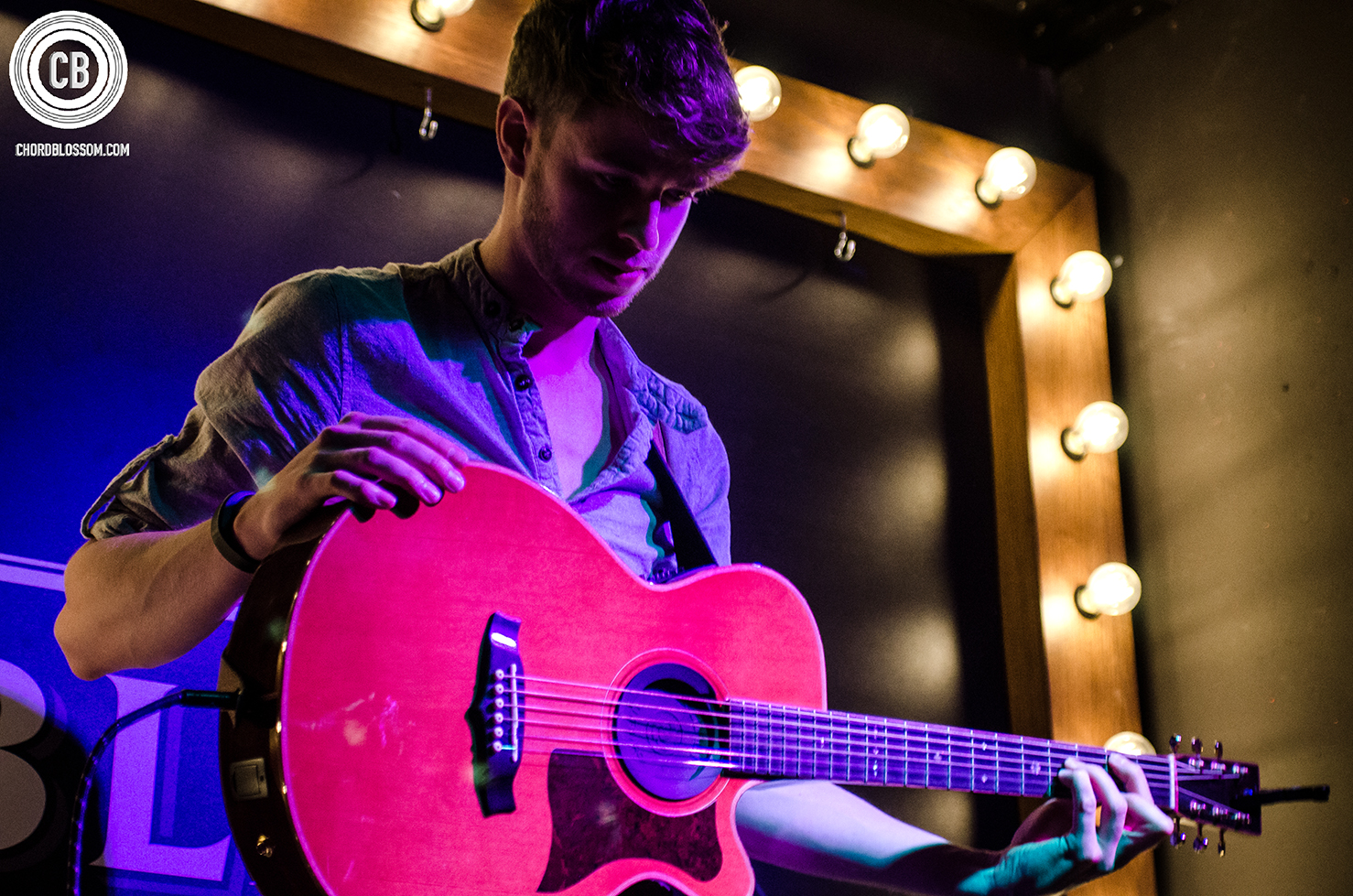 Owen Denvir – 17th July. Owen Denvir certainly had a successful 2016 with many of his mash-up videos going viral thanks to the likes of Cool FM picking up on the Belfast singer, leading to appearance of UTV and more. We had the pleasure of launching Owen’s single ‘Green Light’ in the Sunflower Bar (supported by Stephen McCartney and Jess Edlin) showcasing the multi-instrumentalist’s vocal and song writing abilities. Photo by Conor Kerr. 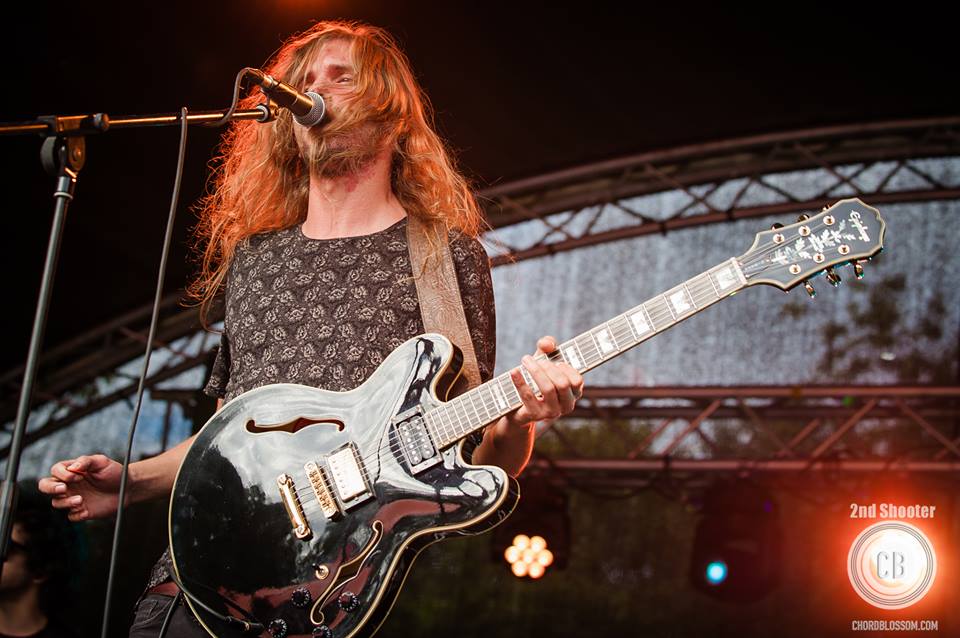 Moira Calling – 10th September. 2016 saw a new edition to the Northern Ireland festival circuit, with the addition of Moira Calling. The one-day festival debuted in September, with a headline set by Hudson Taylor backed by plenty of Northern Ireland talent. One such act was dream pop five-piece Pleasure Beach, a band with a future as big as their sound. This photo captures frontman Alan Haslam during their mainstage set on 10th September 2016, photo by Michael Barbour/2nd Shooter. 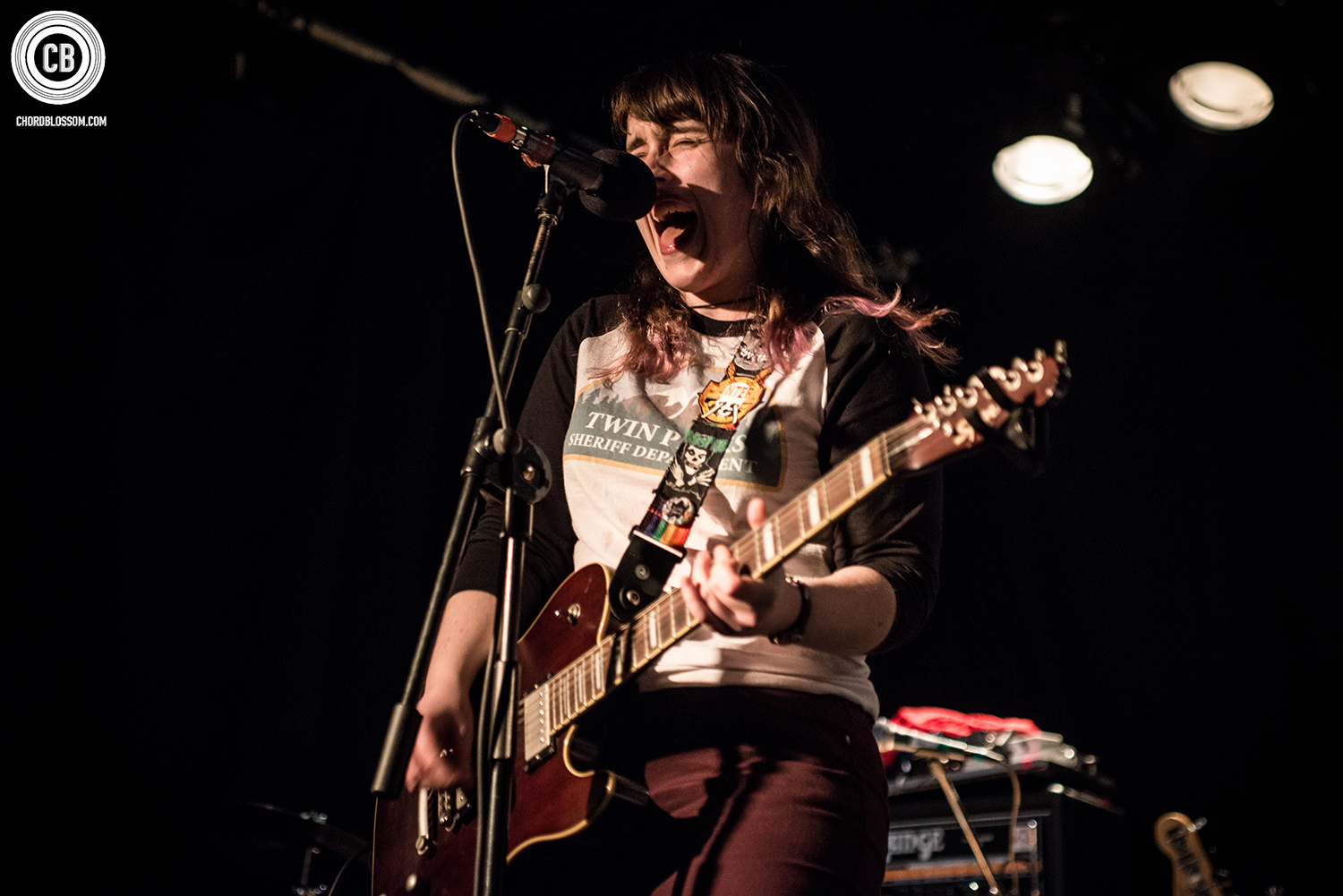 Sister Ghost – 20th October. Another four-piece to make the list, Sister Ghost also had an excellent year, some of the highlights being the release of their ‘In A Spell’ EP, and of course performing in Berlin for Oh Yeah Music Centre’s ‘Scratch My Progress’ programme’s 5th Anniversary, and a surprise support slot for Le Butcherettes, where Shannon certainly gave Teri Gender Bender a run for her money. It’s only fitting that the photo we’ve chosen, by Conor Kerr, is of frontwoman Shannon Dolores O’Neill, a picture of punk power personified. 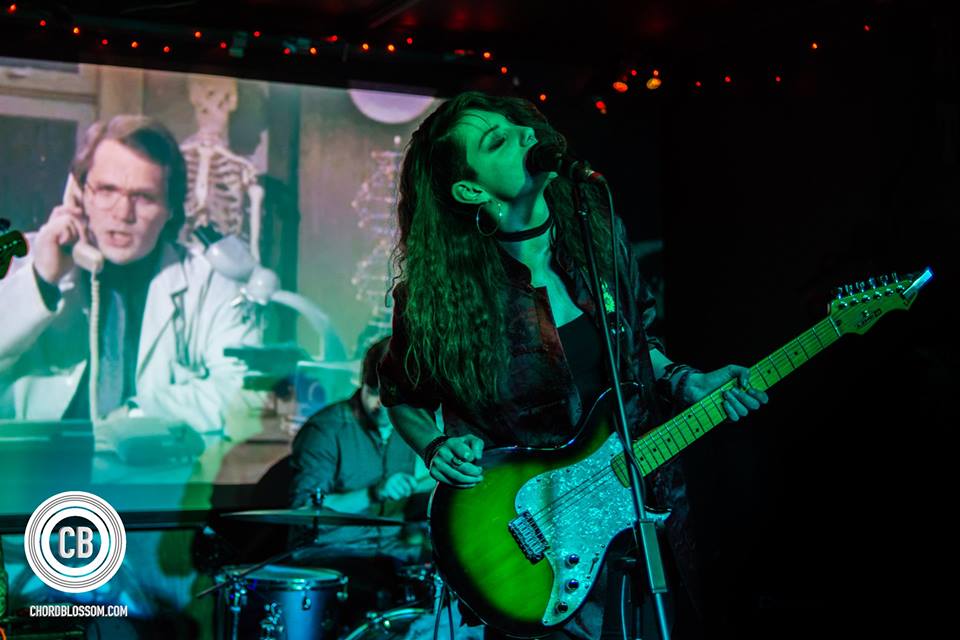 Jealous of the Birds – 22nd October. If anyone can call 2016 their year, it’s Portadown singer-songwriter Naomi Hamilton, aka Jealous of the Birds. With the backing of local press, the release of a debut album, and being named an artist in residence at the Cathedral Quarter Arts Festival, to name just a few of the achievements. If 2016 is anything to go by then we have a lot more to look forward to from Jealous of the Birds. This shot comes from 3for3: Sister Ghost EP launch, photo by Sam Stronge. 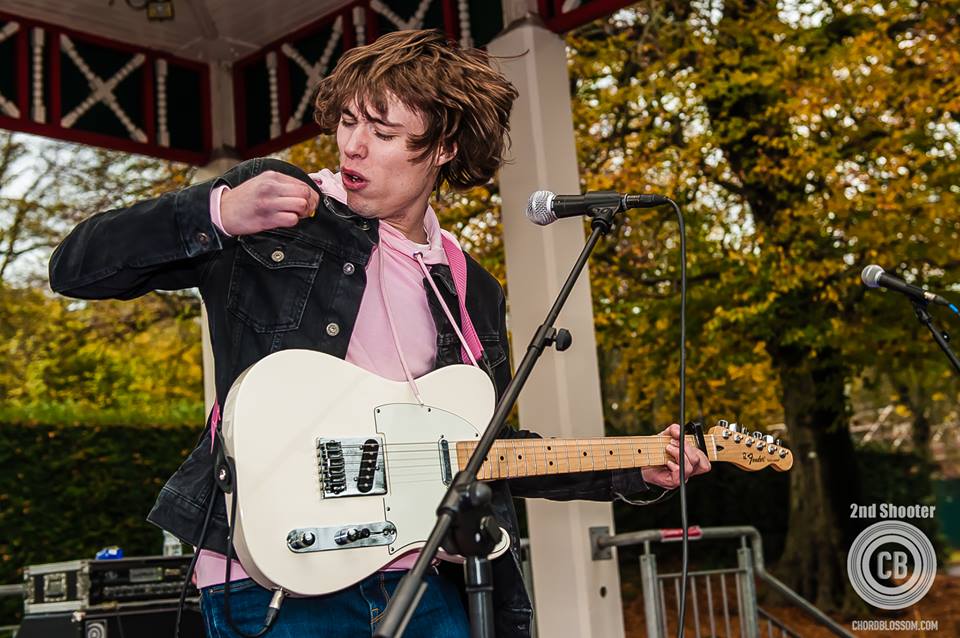 Brand New Friend – 12th November. Brand New Friend were always going to make it on to the best of 2016 list. The group have made waves with their infectiously melodic, deceptively deep songs, coupled with reliably strong, high energy performances. From winning Kickstart to high profile support slots, Brand New Friend set the bar high in 2016 and don’t look like they intend on slowing down anytime soon. Michael Barbour captured this shot of the bundle of energy that is Taylor Johnson at Help Musician’s NI Takeover in Botanic Gardens. 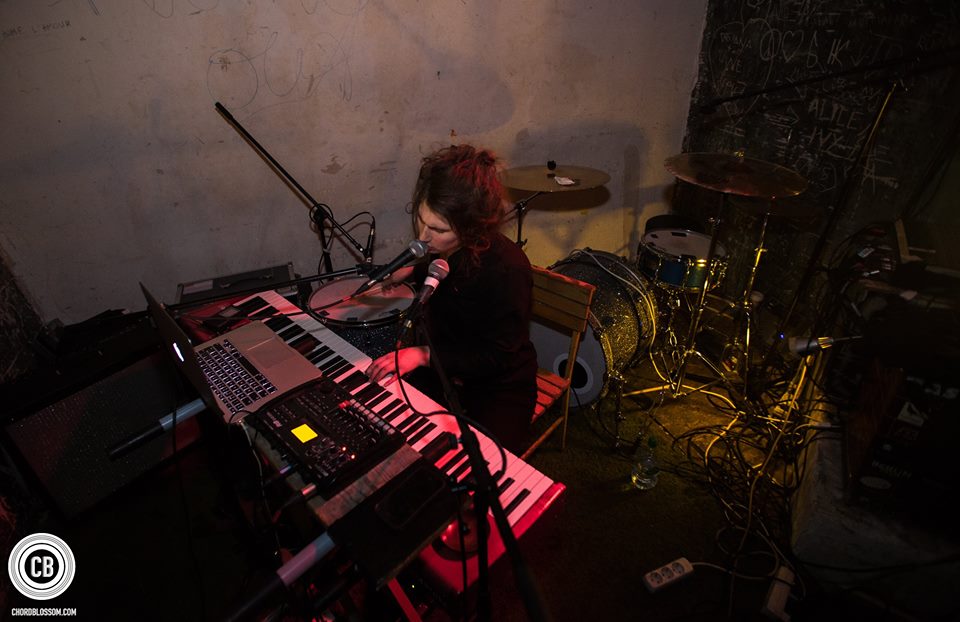 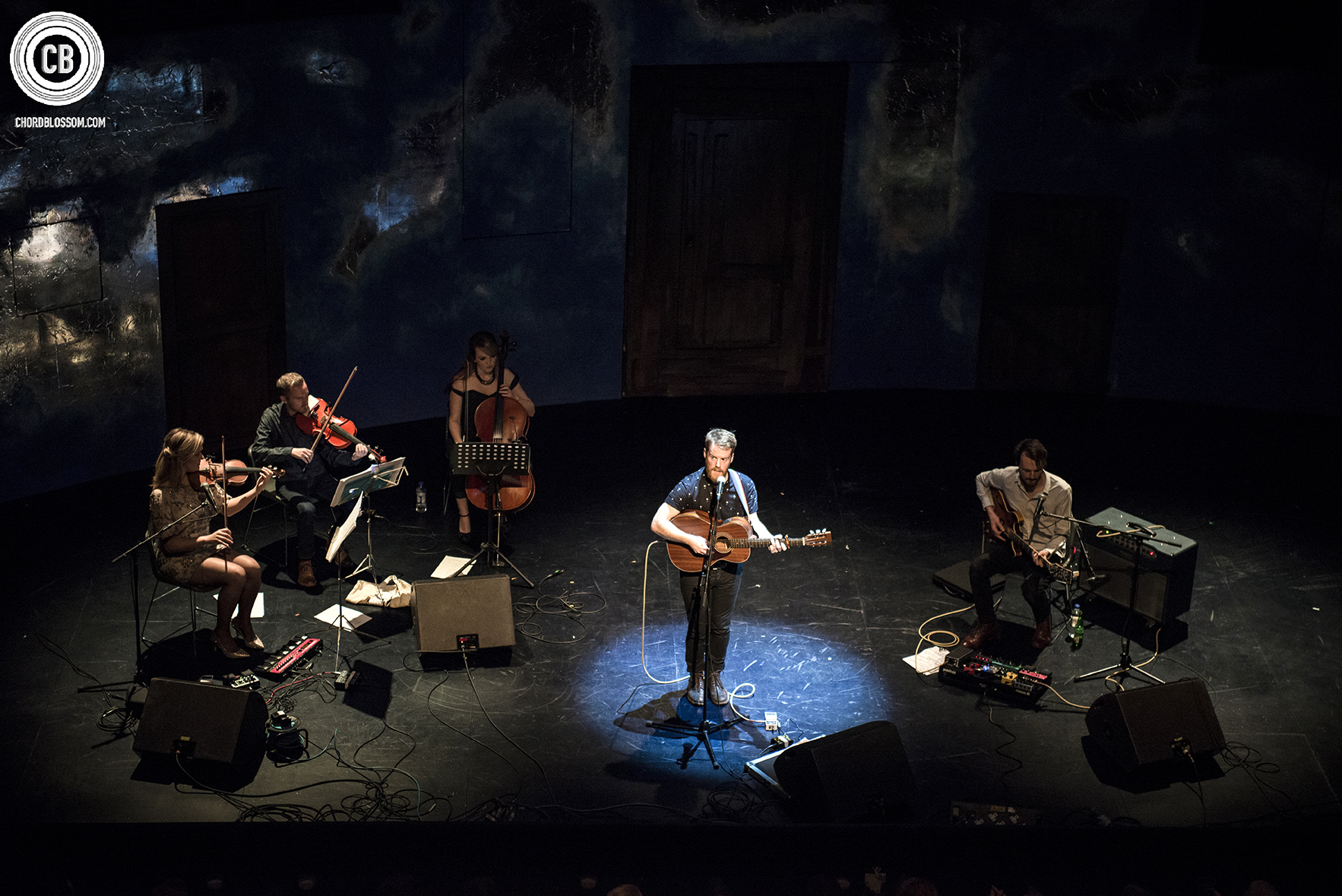 Ciaran Lavery – 19th December. It’s hard to argue that any Northern Irish songwriter had as great a year as the husky voiced Ciaran Lavery. A NI Music Prize win after his second nomination, tour dates dotted around Europe and topped off with a live album. Lavery launched the Live at The Mac release in, of course, The Mac back in December with a stunning performance, backed by strings and guitar. Conor Kerr captured Lavery spotlighted on stage.