The Bayonettes – ‘A Small Step To Greater Heights’

It’s always nice when a band writes its own review simply by the song title. I am a little tardy to say the least getting this fine slab of anthemic Pop/Rock reviewed; my apologies to the lads for that. It got swamped in my in-box and is a sobering lesson for me in in-box management, for it annoys me I let this cracking tune pass me by. But hopefully my words will be a nice kick off to what should be a good year for the 4 lads from Coleraine. The North Coast has produced a lot of very decent bands in its time, but none really have made the big breakthrough, but could that all be about to change?

The Bayonettes‘ small step to greater heights (see what I did there?), possibly wasn’t such a small step; such a well produced tune and such a polished, clever and totally captivating video would not come cheap to a still-relatively young band. But with many bands releasing what they call a ‘single’ but what it is, in fact, little more than a glorified demo, the seemingly small step of releasing one song could really set this band up for a move up towards the bigger leagues locally – not that they haven’t already had their share of decent gigs and festival appearances.

‘A Small Step to Greater Heights’ is a real triumph, a beautiful collection of influences fused into something unique. There’s a brooding melancholy to the verses which gives way to a crashing chorus, beautifully set off with searing backing vocals. The musicianship is first class with nice off-beats in the rhythm and interesting guitar parts to match the interesting lyrics, all wonderfully recorded and mixed. There’s an Irish feel to it without it feeling parochial or put on for effect. We should be proud of our accent, but let’s not do a Cecilia Daley-style mangle job on every vowel. Just saying.

Anyway, look out for The Bayonettes at a gig near you very soon. 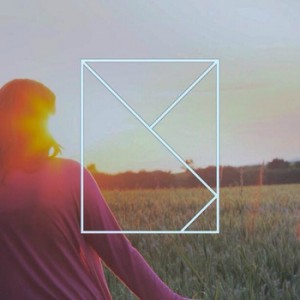