I first saw R51 two years ago in the now-defunct Ma Nelson’s and could see then that they were a band with a lot of potential and ambition, even for ones so young (I’m not so sure they were all old enough to be playing there at the time). They gave me a copy of their album ‘Orchestrina’ and it confirmed that the band had talent but also confirmed that their ambitions hadn’t quite matched their product but again, given their age, this is no criticism. But now, with this single release they have fulfilled the promise I saw in them and have written and recorded two stunning pieces of Art/Indie Rock.

‘Boxkite’ is a top notch modern Indie Rock, with a few small nods to the past (Kate Bush, Siouxsie Sioux, Bahaus and more recently Smashing Pumpkins). It builds slowly based around clever percussion and insistent bass guitar, then halfway through it just takes off, then comes back down, then continues in this manner up and down – just like a boxkite in fact. The refrain ‘you could never love me as much… as I do you’ really works. Melyssa Shannon has matured into a very strong singer, and one who doesn’t settle for the easy or obvious note/melody.

When I saw them live, the rhythm section of Simon Porter (Drums) and Anton Hughes (Bass) and especially guitarist Johnny Woods, really impressed me and their work on ‘Boxkite’ shows that, if anything, they have improved. Add in the keyboards of  Carla Crawford and the band’s viewfinder widens further. The second song on the C.D. shows this to perfection. ‘I Could Kill You Sometimes’ is amazingly good piece of Art Rock. I can see why the band picked ‘Boxkite’ as the main song, but ‘I Could Kill You Sometimes’ is the song that really blew me away. It’s challenging, no doubt about that; starting off with a monster riff that Muse would be proud of, which then cuts to off-beat sounds, recorded voices, and whispers and at first I thought it was going to be an instrumental. Then, all-of-a-sudden, a song breaks out, and what a song it is! It’s off-the-wall at times, but there’s still a hook there both musically and melodically. It’s kind of an Indie version of Faith No More (if that makes sense) and considering it was self-recorded in a studio the band put together itself, it is an amazing feat.

The band self-disparagingly labels its style as ‘shoe-gaze’ music. On the basis of this single they should set their sights much higher. It is absolutely essential listening.

‘Boxkite’ is officially launched on 27th June at Voodoo in Belfast. Check them out live or find them online at www.r51broadcast.com or www.facebook.com/r51broadcast 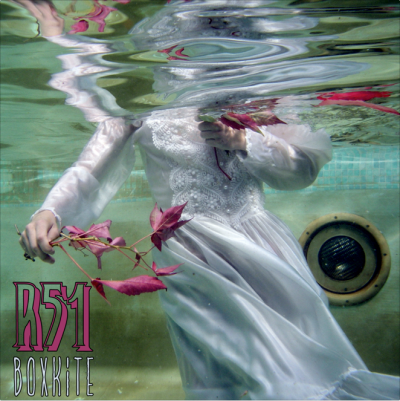