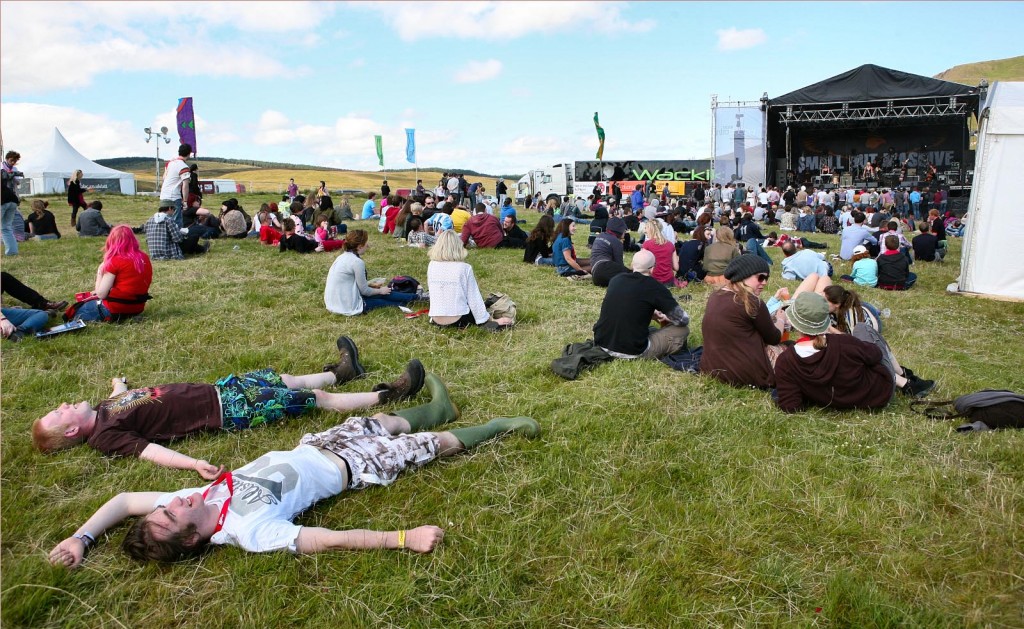 Glasgowbury has come a long way since it’s first concert in 2000. Just seeing how the festival has developed over the years is admiral and shows what can grow out of something small – of course with hard work and motivation. Starting as a small gathering of local bands to raise money for charity, the festival has become one of the most popular events in the Northern Ireland music calendar. The festival has now grown to include 5 stages all showcasing top quality acts. The event is now a multi-award winning festival with the main focus on the talent of Northern Irish musicians and bands.

But it’s not all about the festival! This event is only part of what the Glasgowbury Music Group does. Throughout the year they host smaller events (The G Sessions), workshops, master classes and advice sessions. On top of that, this is a non-profit organisation, which just goes to show the passion and genuine love of local music the organisers have.

In recent years, their activities have expanded to include the Boogie Buddies dance Classes and G Decks showcases for DJ’s with the main festival selling out in 2011. This led to their award for Best Festival at the NI Music Awards. Their slogan “Small but Massive” indicates the enthusiasm the group have for all things local and all things music. They have a growing awards cabinet including Best Family Festival, Best Small Festival and Best Service. This year the festival made it to Hotpress Magazine, including their compilation CD of festival acts. Farriers, Runaway Go, Therapy? and Silhouette among many others are featured on the CD.

Glasgowbury is one of Ireland’s dearly loved music festivals, where popular local and national bands take to the stage to show fans and listeners what they are made of. Outsiders may see the festival as a local platform, but little do they know that big name bands have taken part in this “Small but Massive” event throwing them right into the middle of the music industry with a bang.

One band in particular that people will all know and love is General Fiasco – no strangers around Ireland or the UK. General Fiasco have had their music broadcast on numerous TV shows including the hilarious Inbetweeners. This was a great achievement for the band and ultimately Northern Irish acts showing the UK and beyond the talent we have to offer. General Fiasco first played Glasowbury in 2007 and returned in 2009 to the Small but massive main stage.

Silhouette who have recently started to turn heads first appeared at Glasgowbury in 2009 playing the Eagles rock acoustic stage. They have returned to the notorious festival every year since and are now performing on the Small but massive main stage. This year the band will be pulling new and loyal followers after their very busy and successful year in the music scene. This is a band that music junkies must check out!

Another act that is no stranger to Glasgowbury is the rock/ punk band Fighting With Wire. These guys have toured with the likes of Biffy Clyro, You Me At Six and the massive Twin Atlantic. Fighting With Wire graced the festival’s stages way back in 2004 attracting a huge amount of fans and have since been proving they are one of the most popular acts to perform at the venue. We at Chordblossom are happy to tell you that they will be performing this year again on the main stage. If you’re as smart as we think you are, you will not miss the opportunity to witness this band!

Loyal festival-goers, who can remember Glasgowbury in 2008, will recall that one of Northern Ireland’s biggest and most successful bands performed leaving the crowd pumped and gobsmacked by their constant energy and unique sound. Yes were talking about Ash, who attracted fans from all over the UK and made it one of the most memorable years ever.

One of the first acts to take centre stage in 2003 at Glasgowbury is the widely known and adored The Undertones. Although they have been around for quite a while, their songs still inhabit the airwaves and their music is very much still alive. The Undertones laid the foundations for Irish and Northern Irish acts to break free and get noticed. Although it is difficult to get footage of that performance, there is no doubt that this legendary local band gave the audience a show to remember and helped start off one of the biggest annual music events in Northern Ireland.

This year’s festival continues to provide the great festival experience shown by their awards. A bus service is available throughout Northern Ireland to the site near Draperstown, which includes a village area, kid’s activities, camping facilities and a comedy tent. With Northern Ireland’s growing music industry and wealth of talent, this is the best place to see the pick of the crop. The Glasgowbury Festival takes place on 21st July and tickets are available from their website www.glasgowbury.com

By now most of you will have purchased your tickets and are trying to decide which bands you will be going to see this year. So here’s a run-down of the bands that you must keep an eye out for:

Head over to www.Glasgowbury.com for the full line up and stage times.

Remember to stay safe, enjoy and surround yourself in the best of local music at one of the best music events to pitch a tent in Northern Ireland.