Back in 2014 Armagh singer-songwriter Ciara O’Neill released her debut EP ‘Primroses’, a record filled to the brim with dark melancholic folk supporting Ciara’s often mournful and stunning vocals. Fast forward two years and we have our first taste of her new album.

‘Ghosts‘ is the first single from the upcoming debut album ‘The Ebony Trail’, set for release on 5th March 2016. The song itself takes a different turn from Ciara’s previous music. Certainly she has lost none of her melancholy within her lyrical imagery, but on ‘Ghosts’ there is also a new sense of ambience with Ciara’s haunting vocals layered onto finger-picked guitar and simple percussion. The track is accompanied by a gorgeously picturesque animated video that blends perfectly with the single.

“This is a haunting, atmospheric song dealing with the theme of loss. The ghosts of lost relationships and lost dreams follow us throughout our life. It’s a bittersweet but hopeful song reminding us that the things we have lost in life have helped create the person we have become.” Ciara approached Belfast animator Ashling Lindsay with the idea for the ‘Ghosts’ video and Ashling created a beautiful video that is vibrant and atmospheric just like the song itself.”

Recorded by Barrett Lahey in Start Together Studio Belfast, ‘Ghosts’ is the first single to be taken from Ciara’s debut album ‘The Ebony Trail’ which will be released on Saturday 5th March 2016. The album will be launched as part of the Belfast Nashville Songwriters Festival in Belfast’s Clayton Hotel. 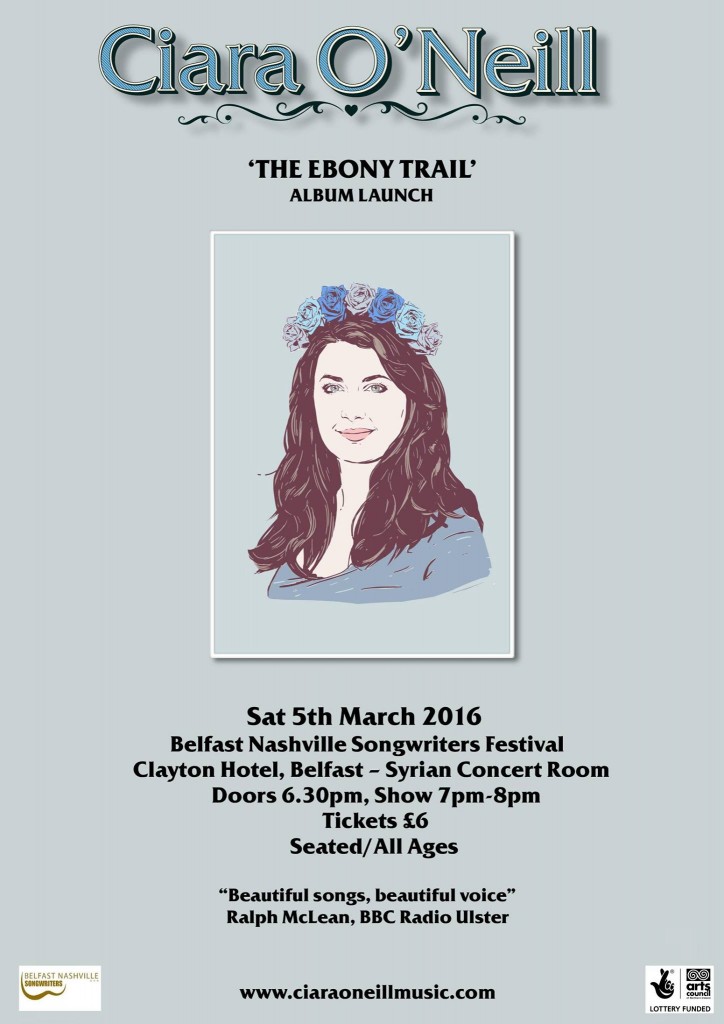