The city of Derry has a great tradition of new music, with many talented artists going on to make a name for themselves. The current crop certainly has a few vying for the title of next big thing. One rising star is young songwriter Roisin Donald, known better as ROE, and we are here with a first listen of her new EP ‘You Call It Art‘.

ROE has been gearing up for the release of ‘You Call It Art’ since the end of last year and the release of the first single. A lot has happened since then including an appearance at Brighton’s Great Escape festival, support from the BBC and Tom Robinson, one of three artists selected for Help Musicians NI’s 3:3 development scheme, a TV performance and tracks popping up on adverts and The Only Way is Essex. Oh, and she will be playing Glastonbury as the only Northern Irish representative on the BBC Introducing stage.

Firmly rooted in electronic pop, the sound of the EP is a heavy mix of swirling synths, big bass and ROE’s clean-cut guitar. In the midst of the well crafted soundscapes is ROE’s voice, which masks her young age with an emotive tone, capable of both strength and fragility. Sculpted around a simple guitar line, ‘Fake Ur Death’ carries a sense of menace within its yearning lyrics, while last single ‘Cheek, Boy’ explores escapism and personal resilience. The slow burning new track ‘Etc Etc’ has been a fixture of ROE’s performances recently; a futuristic ballad with cathartic emotion amidst a wash of synth and autotune.

“The story of this EP is about love and loss. There’s a lot of different stages you go through when you miss somebody and I wanted to portray some of those different feelings in these songs. ‘Fake Ur Death’ is about longing, ‘Cheek, Boy’ is about the reassurance that life goes on no matter what and ‘Etc Etc’ is about the sick loneliness that sometimes hits you. ‘You Call it Art’ is about connections being broken, and the realisation that it’s not the end of the world when they do.”

‘You Call It Art’ is released Saturday 17th June, on Fictive Kin Records. ROE will be launching the release with an outdoor show at Bennigans, Derry the same night, with support from fellow HMNI 3:3 artists The Wood Burning Savages and Sam Wickens. ROE will be appearing on the BBC Introducing stage at Glastonbury on Friday 24th June. 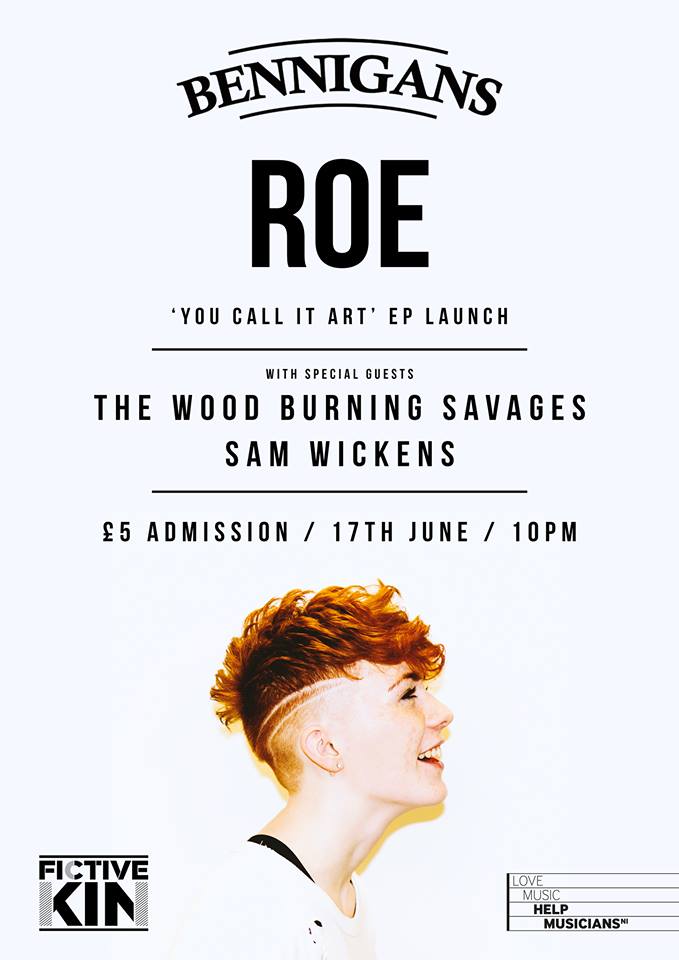 Sister Ghost – In A Spell