by Megan Smith
in Interviews

As Snow Patrol begin their UK and Ireland tour of their latest album ‘Wildness’, Megan Smith had the opportunity to sit down with Nathan Connolly. The lead guitarist talks about the difficulty of crafting setlists, his time fronting Little Matador and why the band are keen to look to the future rather than spend too much time reflecting on the past.

► So, you’re on tour, starting today in Newcastle Upon Tyne?

Yeah, first show of the tour. We’ve just had a couple days of production rehearsals and getting some older stuff together. Just kind of dying to get on stage now, but just a few hours to go now though <laughs>.

► Well, talking about production rehearsals, obviously you did a lot of smaller venues when you were touring in America [earlier this year], are you excited for the huge production value of performing in arenas again?

► When you’re setting up the shows, because you have such a big back catalogue do you find it hard to make a setlist?

It gets more difficult, this time more than ever. Most bands want to play all their new album because that is the thing that is freshest, and it’s what you’re out promoting and you’re so excited by that, not that you aren’t about other songs.

It is very difficult because there’s songs that you have an attachment to or that you love playing, but you have got to think about the greater good and what people want to hear.

It’s pretty exciting at this point, because out of 20 odd songs, most of them are singles so there’s two things that happen there; ‘this is amazing’ and ‘shit we’ve been writing a really long time’ <laughs>. It’s a great position to be in though.

► Is there an issue with cohesion if you bring in older songs from alongside more recent ones? How do you make sure that the run together smoothly as a set?

Yeah it’s a good question because some of them we haven’t played in at least 10 years, some 15. As a band you evolve and your sound changes for sure. Some songs flood in completely fine and others it feels like you’re really shoehorning them in. I guess if you approach them with the feel and the attitude you have currently, you can kind of update them and reinterpret them a little. But you also want to be as truthful as you can to them because those songs also mean stuff to people and you know they can only hear it.

► Now I want to talk about you. In 2013 you came out with your debut album under the name of Little Matador. It was worlds away from recent Snow Patrol releases, so was that something you needed to get out of your system in the break that you had? What was behind that?

I’m glad I got to do that for about a year and a half. At the time it was something I really felt I needed to do and wanted to make, and I wanted to get back to where I first started playing in bands and gigging around. I did want to make a ‘rock’ record, so that was always on the cards. I think live it got a lot heavier than the record <laughs>, but that’s just what happens sometimes. It was a great experience and I hope to do another one someday. I’d love to do Little Matador 2 for sure.

► If you were revisiting it, how would you play it around Snow Patrol if you don’t get another big break? Would you just fit it around snow patrol life?

Yeah I think so. You know, Snow Patrol is a big machine and it’s a huge part of all our lives. There’s times where you wouldn’t get anything done if you said ‘I’ll wait’. So yeah, I would just work it around. I mean people do it; John McDade is writing with and for so many people, and he manages to fit it into the schedule. There’s no excuse to say you can’t squeeze recordings in. You’re also relying on other people, and a lot of the other guys still gig, and some of them even teach now as well, so it would just rely on people’s schedules, but I think everyone would be up for it.

► Did you find a period of adjustment when going back to recording and writing with a group, no longer being the front man?

No, not at all. Everyone had side projects or were writing with other people. If anything, there were positive experiences to be brought back to Snow Patrol. Not just musically, but how to work with people. It’s a long time, 5 years. You grow up, and I use that term very lightly <laughs>. You experience other things and you learn stuff along the way, and so I think everyone brought that back to the table. It’s not like we weren’t in touch every day. We may have gone away for a while but we certainly kept in contact. We’re very much part of each others lives on a daily basis, so there’s still that familiarity. Working with other people, it was essential for me.

► Obviously you came back and recorded Wildness which earned rave reviews and was nominated for several awards. Did you expect such an amazing reaction to this album?

There was so much going on during the making of this, or should I say the very slow making of this record, that I wasn’t really thinking about that until it came out. There is always excitement, and maybe a little bit of anxiety about releasing a record and what the reaction is gonna be. I think that’s certainly heightened over the amount of time, I think the pressure on ourselves to make the best record we could became heavier. The longer you take, the more you go ‘oh god this really had to be good now’. Not that you wouldn’t think that in the first place, but it certainly heightened it. For me personally, it didn’t really hit until it was out, and by that point, well, its out. We were never going to put anything out that we weren’t 100% proud of but as a collective group of people there was probably more worry about this record than any other.

► You’ve had Brand New Friend on tour earlier this year, Ryan McMullan and ROE on upcoming dates; all amazing upcoming artists from Northern Ireland. Do you make a conscious effort to support artists from home?

Yes. Absolutely. It’s just kind of always been that way, we’ve always supported local music. I don’t remember a sort of conference meeting about it or anything.

Certainly over the years the scene has just grown and grown and its just thriving. There’s always been a scene, you know, I grew up in it. But [since then] it’s got a very different face, and there’s a lot more infrastructure and Gary really has been instrumental in that. We all do, but he certainly has been very active and upfront about it. The list, as I say, is only getting longer but there’s no less quality in there, that’s for sure.

► Do you have any key pieces of advice for these upcoming artists, specifically for those upcoming in NI?

It’s always one of those questions, the music scene is always changing and has changed so much, certainly not on a daily basis but its evolving quickly. Hone your crafts, you know? Just keep writing and writing, write songs, and play gigs and play as many as you can. It’s the only way to get better really and seek support from people around you. Healthy competition is good, collaborate, help each other out. It’s gonna get a lot easier and feel less isolating if you do it that way.

► Your current focus is clearly on Wildness but talking about the future; a lot of bands are putting tours for the anniversary of certain albums or milestones for the band – is this something Snow Patrol would consider doing?

The conversation has come up whenever we’ve seen people doing it. I don’t know if we’d do a particular record, at this point we’re still kind of looking forward. The word ‘comeback’ has never sat well with me. We never went anywhere, we just took a little bit of time to get there. Saying that, coming back after the time we’ve been away, it feels a bit strange to then jump back and do anniversary gigs and records. The next step for us, as soon as possible, will be to make another record. It wont be, or I hope it wont be, the same amount of time. Although, it is 25 years since Gary started the band next year, so we will absolutely do something to celebrate that. We’re talking about things, but it won’t be specific to any one record. Maybe in time, that’ll be something. We’ve also missed a lot of 10 year anniversaries on records. Once you’ve been around a while you miss a couple of those, but we’ll definitely do something next year for the 25th anniversary of the band. 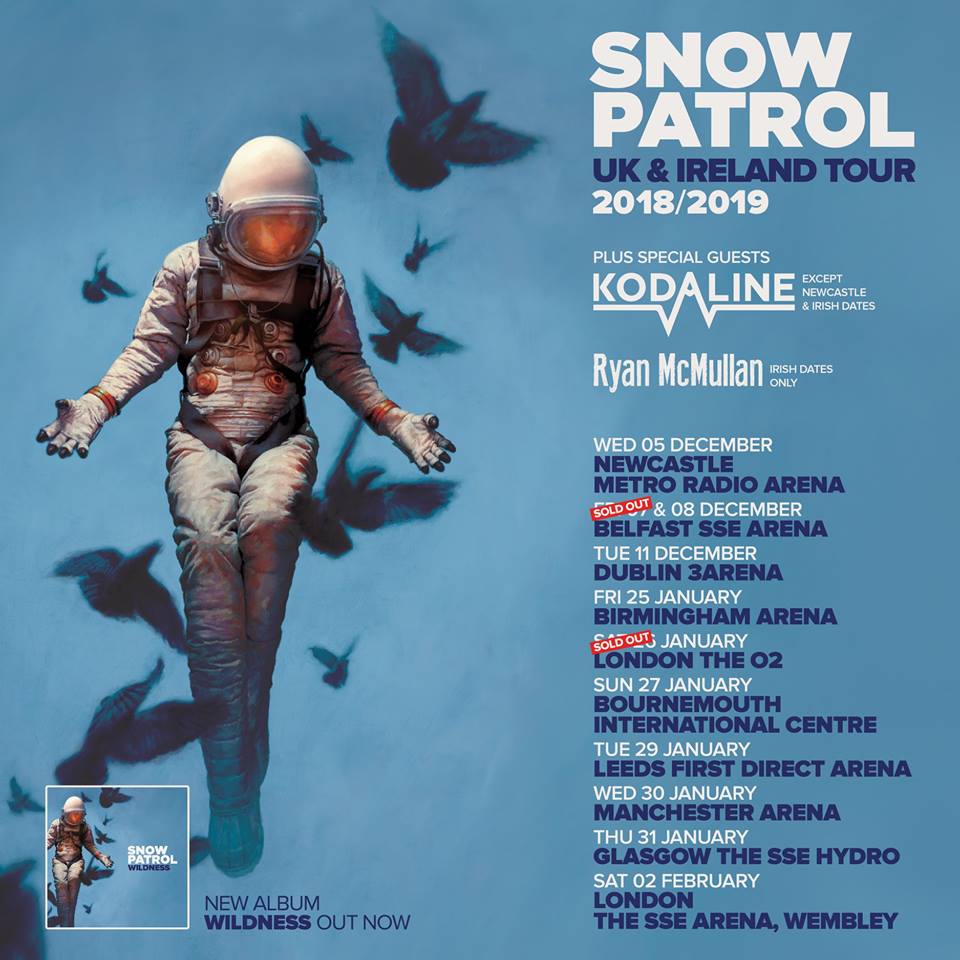