So. Metal 2 the Masses finally arrived in Belfast last year and returned this year: so far there has been eight heats in total, as well as last year’s semi finals and final. Heat four this year – number nine in total – was last Thursday night in Voodoo. Why all the stats, you’re wondering? Well, let’s just say that this heat played out slightly differently than the previous ones…

For starters, there were only three bands in the running instead of the usual four – no doubt in order to shorten the evening before Good Friday officially started. The first sign of actual trouble, however, came as first band FigureHead arrived onstage: there were no lights. Yep, bar a few dull globes behind the bands, the stage was in almost total darkness for the duration (much to the joy of the photographers present). Hmm. FigureHead also caused not a small amount of consternation: describing themselves as ‘industrial rock’, they begin playing and prove to be more grunge/alt-rock than industrial. Then there’s the fact that, for the entire first song, the guitar isn’t working, despite guitarist Pats’ feverish efforts. Announcing “guitar’s fucked” at the end of the song, they put out a call for a loaner guitar lead, and are rewarded when Baleful Creed guitarist John Allen steps forward. Hoorah! Sadly, the previous lack of guitar proves to be merely one of the problems. Between their irritatingly repetitive, kindergarten-level simple lyrics, discordant playing (at one stage all three members appear to be playing a different song), a faulty mike lead and utterly disjointed songs, they’re just…poor. They need to learn how to write better songs (and do proper soundchecks) if they want to make a mark on the local scene. 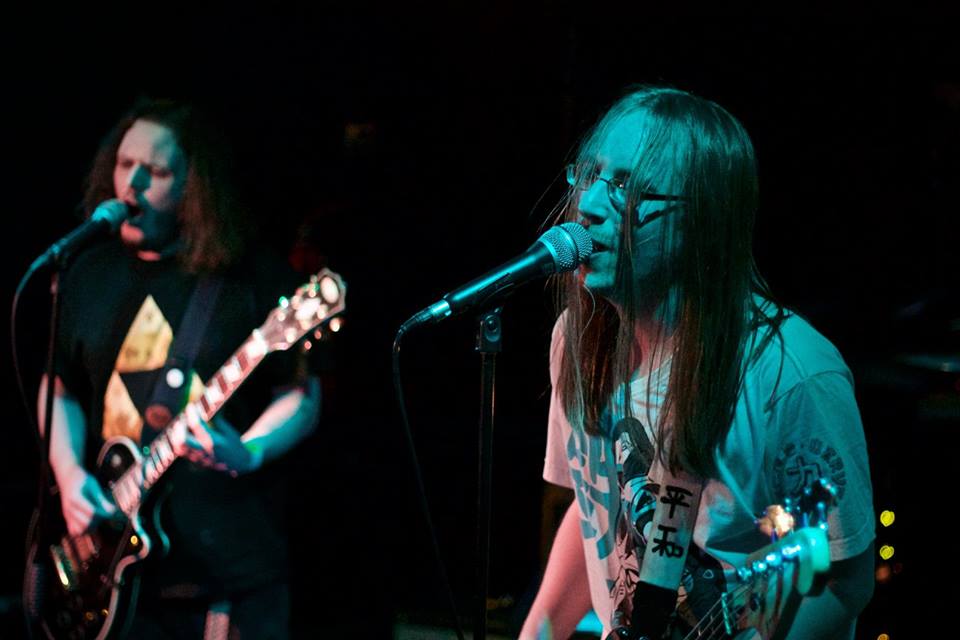 Acid Age follow them; they call themselves ‘hyper thrash’ and certainly look the part at least, with swathes of long hair and double denim filling the stage. After a brief soundcheck they’re off at top-of-the-rollercoaster, breathtaking speed, setting heads nodding immediately. Frontman Limbs makes a grand entrance and hits the small crowd with a rather impressive and well controlled thrashy scream. It’s all very cacophanous and brash – rather like watching a thrash band on fast forward – and they certainly throw themselves into their performance with passion and abandon. Then, disaster strikes (again!): Limbs, apparently carried away by the metal spirit, abruptly throws his bandana AND HIS GLASSES off to the side of the stage, playing the rest of their set evidently as blind as a bat, with predictable results. Attempting to get amongst the crowd, he is shunted and goes down within about five seconds, clambering sheepishly back onstage and peering myopically at their setlist. Then, he fiddles too strenuously with his mike lead and drops it; unable to find it (or even probably see it) he desperately grabs the reverb-heavy bass player microphone instead, almost pulling the stand over in the process. By this stage most of the crowd are practically watching the stage through their fingers, almost cringing in wait for the next problem. It’s a shame really, as all the drama has pulled attention away from their bolshy and quite fun set. Note to vocalists: if you want to pull that shit, wear contact lenses! 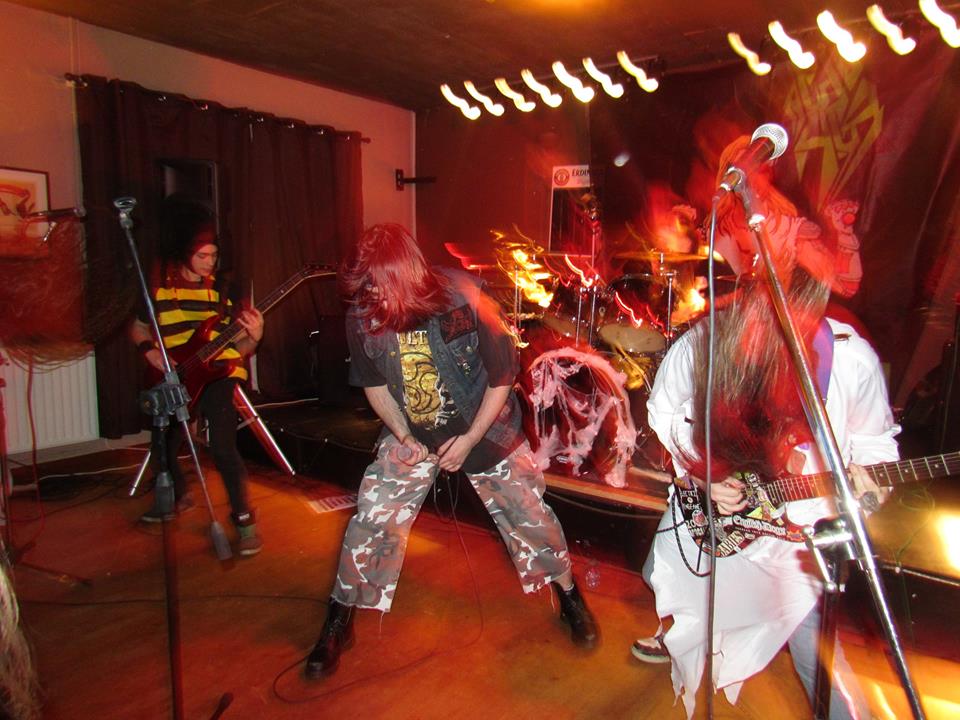 Finally, mercifully, it’s time for emphatically NOT inexperienced heavy rockers Baleful Creed to take to the stage and begin pumping out their down and dirty, pervasive grooves to the crowd, who respond with enthusiasm (and relief, it has to be said). Their cut-glass sharp timing and frontman ‘Fin’ Finlay’s beer and bourbon-soaked vocals go down a storm, as do tracks such as ‘Forgiven’, crowd favourite ‘Autumn Leaves’ and even newie ‘Lose Religion’. And despite the presence of the seriously intoxicated girl who also came perilously close to ending up on her arse – or even headbutting the stage – BC triumph tonight. 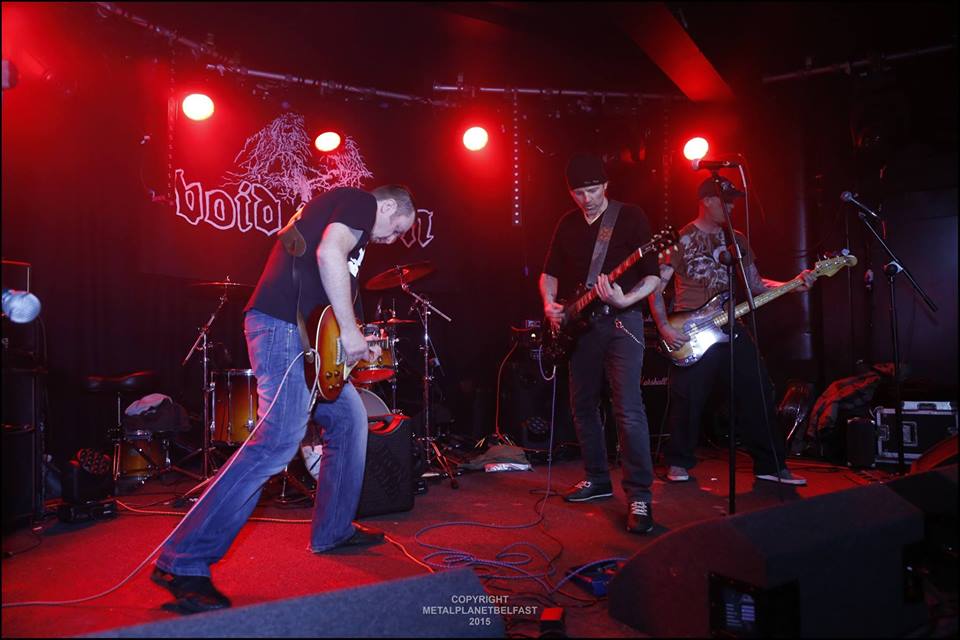 By the time they finish it is clear who will go through tonight, and James Loveday confirms this: the winners by a large margin are Baleful Creed, followed by Acid Age.

This is the first of two heats this week; heat five will be posted shortly. Heat six, the final heat, will also be in Voodoo, on Friday April 8th, featuring Donum Dei, Oracle, Sinocence, The Crawling and Towers. See the Facebook event page below for more information.