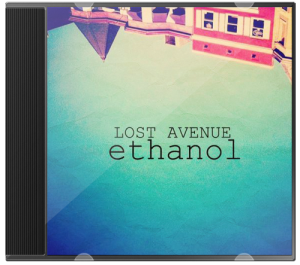 After their somewhat disappointing self titled debut we have Ethanol, and already there are vast signs of improvement for this young band from Derry. From the first listen it is clear that there has been greater care put into the production, with punchy guitars and seismic bass really shining through.

Dylan Bradley’s does not attempt to hide the regionalism in his voice as some groups from here often do. Coupled with some clever lyrics, it adds a nice colloquialism to the records and draws attention that at this moment in time, there is some really good music being created here in Northern Ireland. The title track of the EP ‘Ethanol’ is a jumpy, bouncy track that brings to mind The Distillers, the libertines and Blink 182’s earliest efforts. The tracks have a nice poppy feel to them, they are easily accessible and being someone that is not a massive punk rock fan as I am, this is great. The potential for a wider audience increases massively with this, which is always a good thing.

It is clear that the band have taken on the criticism that was evident in the review of their debut and with Ethanol we have a huge improvement. Musically, they have a clearer and more powerful sound. They still have some way to go but there is a solid framework of music, vocals and lyrics and if they can continue to make decent music then it will be interesting to see how far these boys can go.