Sound of Belfast returns for 2018

Sound of Belfast is set to return with a sizeable programme of events next week from 8th – 15th November. Now in its fifth year, the Oh Yeah coordinated event is packing plenty into the week, from talks, panels, awards and of course shows. With so much to look out for, here’s a run down of some of our picks.

As always the tip of the iceberg will be the Northern Ireland Music Prize on Thursday 15th, now in Belfast’s Ulster Hall. Now expanded into four categories, album of the year, best single, Oh Yeah Contender for best newcomer and best live act, it’s bigger than ever. This year the Oh Yeah Legend award will be recognising the late Jackie Flavelle, who passed away last year. A stalwart of jazz music since the 50s, Flavelle had a long career in showbands, including The Big Chris Barber Band that took him around the world. Flavelle will be celebrated with A Jam for Jackie, taking place at the Oh Yeah centre on Thursday 8th.

Two of the Oh Yeah’s regular programmes return with showcases again this year. Volume Control, their programme for teenagers, is hosting a live talent competition in Clash of the New Breeds on Friday 9th. It’s all ages, features eight acts and proceeds from the door go to Everyday Harmony, a Northern Ireland based music therapy charity. Oh Yeah’s Scratch My Progress Showcase takes place on 14th November and is free entry. Each year, the Oh Yeah selects five artists as part of this talent development scheme. 2018’s artist, who will play on the night, are Ferals, Gemma Bradley, Dena Anuska, Kid Trench and Alice La. 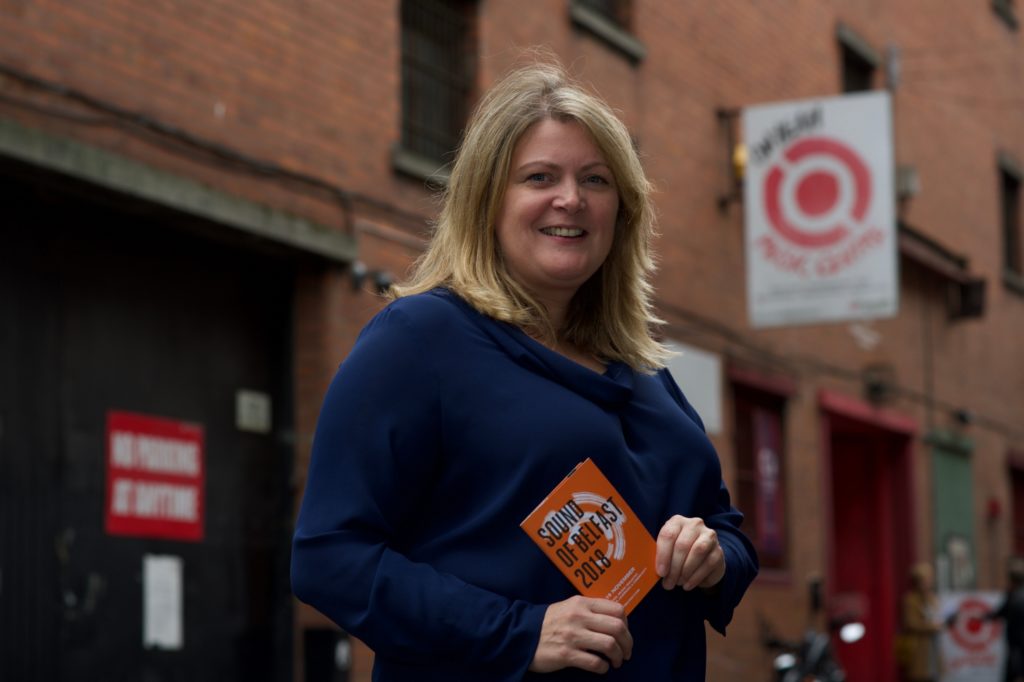 Selfmade has already hosted a couple of successful events in Dublin, and Sound of Belfast seems them head north as they host Frameworks: Planning a Music Release on Monday 12th. Through host Cheylene Murphy (Beauty Sleep) alongside ROE, Dani and Claire McCartney (Vokxen), they’ll be running through the act of releasing music from conception to promotion. Expect performances, discussion, art and zines.

Industry Connection: Speed Sessions on Thursday 15th is essentially speed dating for musicians looking to make connections and get advice from promoters, festivals, record labels and more in one on one meetings. Native Music Mart returns again on the afternoon of Saturday 10th. A free and relaxed event back for a second time will once again fill the Oh Yeah centre with stalls from artists, photographers, publications etc from the local scene, alongside performances from the Emerald Armada, Son of the Hound and more.

The busiest day of the week will be Thursday 15th with Music Cities Afternoon. Talks include Belfast as a city of music, what Brexit means for the music industry and how to win friends and influence promoters.

The Sunflower bar is the venue for Talkin’ Bout A Revolution. Stuart Bailie, broadcaster, journalist and writer of ‘Trouble Songs’, on music and conflict in Northern Ireland, will be in conversation with Dave Randall, musician and writer of ‘Sound System, the Political Power of Music’. With 2018 being the 50th anniversary of the Civil Rights movement in Northern Ireland, the two will be discussing the power of music to change the world.

Lastly in gig highlights we have Rude Health. Perhaps, NI Music Prize aside, the biggest and best line-up of acts in 2018’s Sound of Belfast, take to Limelight. Rebekah Fitch, Catalan, Hot Cops, Malojian and more take over the venue from 3pm til late on Sunday 11th in aid of mental health charity AWARE. A great line-up and a great cause. In a similar vein the previous evening on Saturday, The Midnight Organ Fight Revisited will celebrate the late Scott Hutchison of Frightened Rabbit and raise money for AWARE. An apt cause in Hutchison’s name, stellar artists including Kitt Philippa, Brash Isaac, Amidships and Jealous of the Birds will pay tribute.

For the full line up of events in Sound of Belfast 2018, follow the link below.

Sound of Belfast returns online for 2020