The depth of talent on this island is such that we literally don’t have any space to promote anything from beyond these shores, unless there is a genuine link with Our Wee Country, such as an upcoming gig or, in the case of Liverpool-based 5-piece, Cavalry, a band member – namely Austin  Logan who hails from Dungannon and met up with the rest of the band at college.

It’s certainly a tale of local boy done good, because Cavalry are a classy act, if ‘An Understanding’ is anything to go by. Having already been described by The Guardian’s Kate Hutchinson as “a darker Maccabees, full of broodiness and great songwriting” kinda steals my thunder, because I couldn’t have described them better myself. ‘An Understanding’ is a mature slice of Alt-Folk which smolders at first before sparking to life. There’s a real texture to the music with full use of all the instruments – acoustic guitar (courtesy of Logan), keyboards , electric guitar and insistent rhythm section, with the distinctive, rasping vocals of Alan Croft completing the package. It’s a really excellently produced song; again adding a touch of class to what the band is trying to achieve.

Already attracting national airplay and top quality support slots, Cavalry definitely seem to be on the charge (sorry, couldn’t help it) and we certainly wish Austin and the boys well from this side of the Irish Sea, in the hope that they’ll pay us a visit some time very soon. 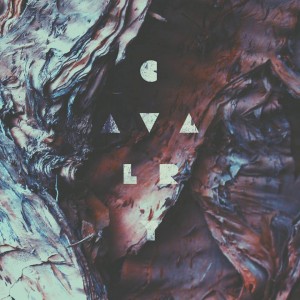 Gasoline Outlaws – ‘No Rules, No Laws, No Regrets’