Kris D Marsden – ‘Some Kind Of’

On his 2014 release ‘Never Ending Loop’ E.P. Belfast’s Kris D. Marsden already demonstrated that he wasn’t a guy who wanted to be pigeonholed. There was plenty of variation to be heard there and it was clear also that he wasn’t averse to taking a few risks. The previous single of his I reviewed at the tail end of last year, ‘Dear Dad’, may have been a slightly safer release, but again the risk there was that the artist was releasing something that was very, very personal to him and wasn’t, as I said at the time, classic single material.

And if not having a pattern is a pattern, then Marsden has done it again with ‘Some Kind Of’. This is a raw, chaoctic tune that verges on the aurally harsh. Marsden himself describes it as like something from a Tarantino soundtrack and certainly get his drift. It brings to mind drug dens and bordellos filled with dysfunctional people and their dysfunctional relationships. Musically it stands comparison with (the wonderful) Gomez and their version of swamp blues. With production duties fulfilled by Michael Mormecha, this track will certainly make Marsden’s work stand out against the myriad singer-songwriters out there trying to be smooth and wistful; this is downright naztee.

..and that is probably why I love it.

‘Some Kind of..’ is already available at www.krismarsden.bandcamp.com 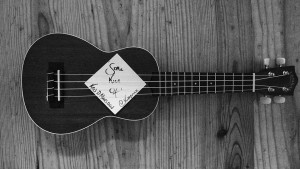 Ears In The Game