by Peter Cinnamond
in Blogs 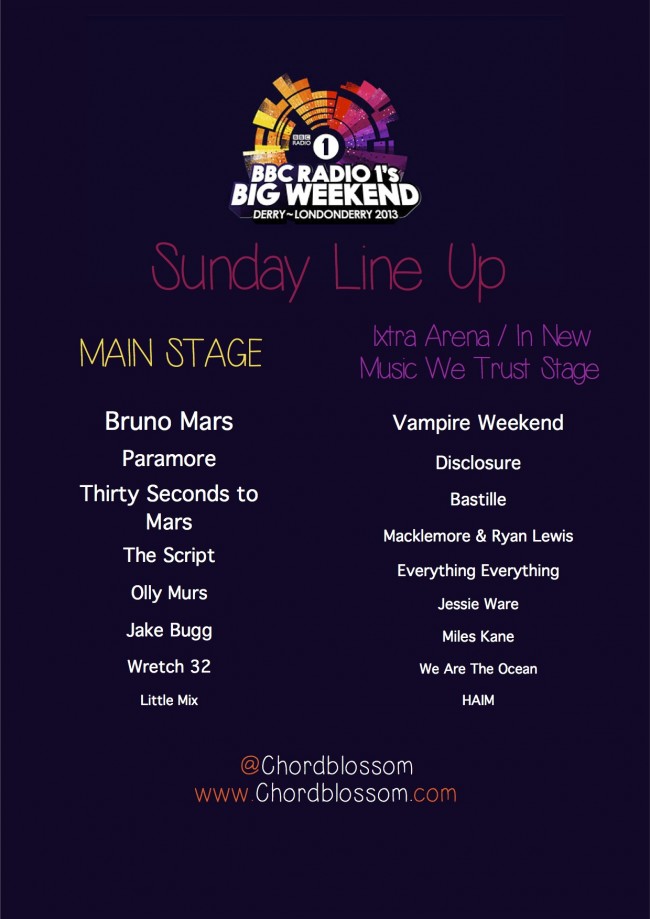 Macklemore & Ryan Lewis the first duo in the US Billboardchart’s history to have their first two singles both become a #1 single, and the first to do so without being signed to a major record company in almost 20 years. Our prediction to be one of the highlights of the 2013 Big Weekend, the crowd will go mental during ‘Thrift Shop.’

“Keeping it in the family”

Three californian sisters playing in a rock band sounds like a naff 80’s movie but you’d be mistaken to shake off their musical charms. They were voted as the official sound of 2013 by the BBC and we’ve got to admit that they were onto something. We wait with baited breath for their debut album. But remember it’s pronounced “H-ime” like time with an H. We’ve all been caught out calling them the same way as their name is spelt. Silly us.

“Superstars to open the curtain”

30 Seconds To Mars have something of what can be called a cult following throughout the world. I have heard mention of several local fans coughing up significant sums of money just to see them. Expectations are high especially with their new album on the way. Can it change their status of having a small but fanatical fan base into much more mainstream appeal – we suspect anyone attending on Sunday will be converted by the end…