Get Ready For Moira Calling

Now that we are in the first week of September it seems like you can finally put your feet up as you managed to successfully navigate festival season. Well perhaps we can tempt you to get your festival gear out for one last hurrah of the year and check out Moira Calling. Your battered and bruised tent can stay at home as this new one day festival is set for its inaugural outing, this Saturday 10th August. To help get you in the mood we thought it wise to bring you a preview of all the goodness on offer.

The main reason to head to Moira for this event is of course, the great live music on offer. Set across two stages, the organisers have put together a lovely line-up to satisfy all tastes.

The ‘All The Little Lights’ stage exclusively features musicians from Northern Ireland. Headlined by the hotly tipped pop of Callum Stewart and the delightfully lo-fi Michael Mormecha, you would also be mad to miss the immensely talented Hannah McPhillimy. The stage will also see performances from singer songwriters Siobhán Day and Beulah Kim as well as some charming folk from Bear Skin & Cup O’Joe.

For most the line-up of the ‘All The Little Lights’ stage would be seen as impressive in itself but Moira Calling have gone the extra mile for your listening pleasure. The ‘Maine’ stage (a reference to Brown Lemonade for those unaware) features seven other impressive acts. The headline performance will be from Dublin duo Hudson Taylor who have become one of hottest young exports from Ireland in recent years. With two sold out performances on their last visit to Northern Ireland, it is a real coup for the organisers to secure them.

David C Clements will bring his full band to Moira as he continues the momentum gained following the release of his debut album, ‘The Longest Day In History’. The alternative vibes of exmagician have won a lot of plaudits particularly from BBC Radio 6 Music early in the year and their live shows in Belfast tend to be few and far between so it is a treat to see them here.

Derry’s favourite indie outfit, PORTS will be making the trip to Moira to win over another audience with their stunning live set while we can also look forward to a folk filled performance from Arborist, an electronic tinged set of pop hits from New Portals and the late addition of indie rock darlings Pleasure Beach compliments an extremely impressive bill.

There are three categories of ticket for Moira Calling:

Tickets are available online via Ticketmaster or alternatively you can pick them up in person in The Fat Gherkin (Moira), The Four Trees (Moira) or General Merchants (Belfast).

You should note that under 18s must be accompanied by a parent/ guardian who will take responsibility for the Minor for the duration of the event.

You would be mistaken for thinking Moira is hours away from Belfast and likely to be difficult to get to. The reality is that Moira is only 20 minutes from Belfast and has easy public transport links. You should check out Translink‘s website for detailed bus and rail information.

It is recommended that everyone avails of public transport however there will be limited parking facilities available. On the day of the festival, the best access for car traffic will be via the M1 motorway into the village as the festival site access is less than a mile from J9 of the M1.

Gates for Moira Calling open at 1pm and the festival is scheduled to finish at 10pm. The times for the ‘Maine Stage’ haven’t been released however the ‘All The Little Lights Stage’ have been confirmed as follows: 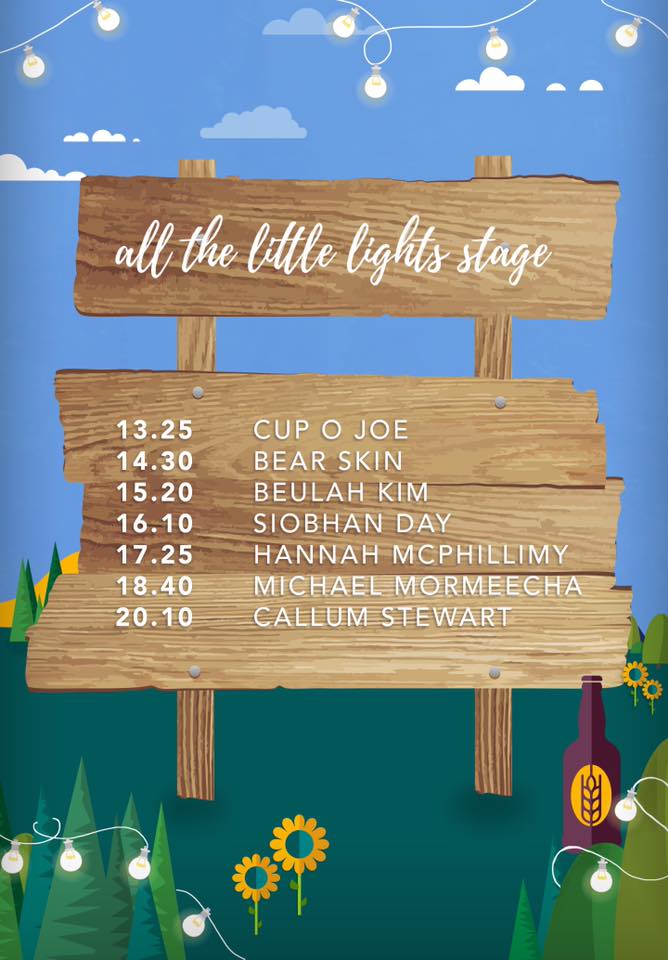 Keeping you well fed and watered while you enjoy the wonderful entertainment on offer is a key part of Brown Lemonade’s plans for the festival. With that in mind they are bringing in a range of food outlets and local breweries offering their wares. A full list of the outlets is detailed on the sitemap of the festival below. 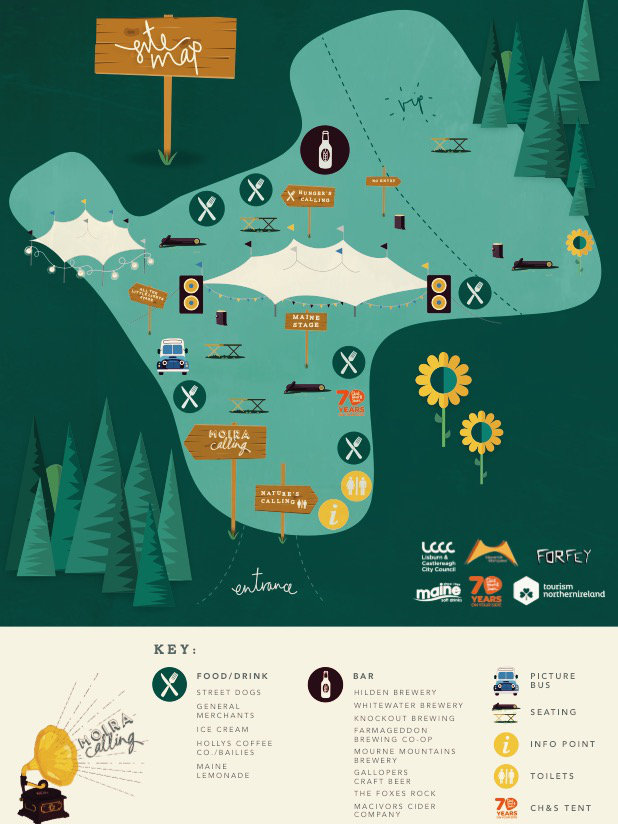