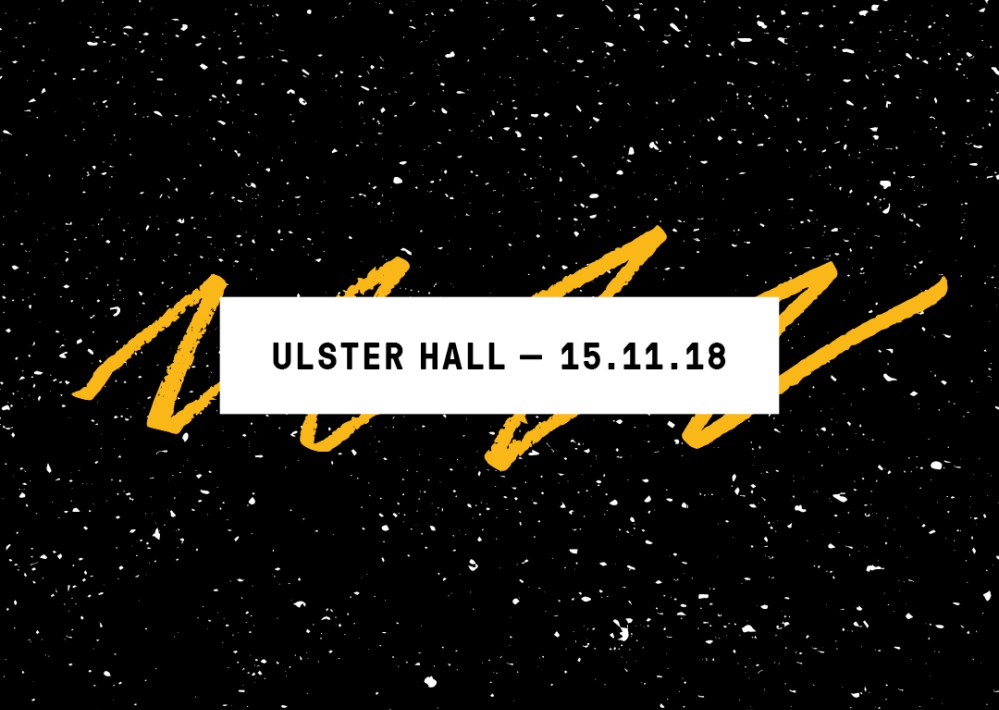 This year’s NI Music Prize has a new look about it. While the last number of years have awarded an Album of the Year and the Oh Yeah legend award, this year sees the return of a few new categories that have been missing since the first prize back in 2011. Best Live Act, Oh Yeah Contender Award (for best newcomer) and Best Single are all up for grabs with shortlists released back in September. With Best Single up for public vote, we decided to run down the twelve shortlisted tracks before voting ends this week and the awards take place next Thursday night.

It’s going to be a very tough call for a winner. The heavyweights of Ash and Snow Patrol could swing it their way on a whim, the young bands have shown up in full force this year while there’s a blend of styles on show. To get your vote in, head on over here.

Few would expect a six minutes plus instrumental track to find its way into the shortlist for Best Single but then perhaps those doubters haven’t heard ‘Liberté’. The solo endeavour of Herb Magee (ex-LaFaro) who is crafting some incredible electronica including ‘Liberté’ taken from his second album II. Last year’s self titled album was NI Music Prize nominated and his follow-up didn’t disappoint. A transporting, slow-burning track that leaves an impression.

One of two big hitters (hello Snow Patrol) on the shortlist, Northern Irish legends Ash hardly need an introduction. ‘Buzzkill’ appears on latest studio album Islands, a mere 22 years after the release of their chart-topping official debut 1977. Tracks from that period like ‘Girl From Mars’ are bona fide classics and while ‘Buzzkill’ presents some fun, summery moments, it doesn’t quite reach those lofty heights. Importantly it lacks some of the verve and energy the band still exhibit live and lyrically well it’s not a classic.

Very much part of the Ash fan club, and fresh from a few support dates, Brand New Friend’s debut album Seatbelts For Aeroplanes showed the rare gift of a band capturing the energy (and believe me, they have it in abundance) of their live sets onto a record. Under the Xtra Mile label, the band have taken huge steps this year and really had numerous contenders for the Best Single shortlist. ‘Girl’, the album’s lead single, is full of boundless energy and dual vocals from brother/sister combo Taylor and Lauren Johnson. The pop-punk charm is on full show.

Cherym – Take It Back

Another fearless young band, Derry’s Cherym cut their teeth live and started making a name for themselves well before the release of debut EP MouthBreatherz. Fronted by Hannah Richardson, on ‘Take It Back’ the three-piece are frustrated and direct. The band are no-nonsense live, turning in punk energy and volume at every show and ‘Take It Back’ remains the centre-piece of those performances. Amongst that angst are hooks aplenty and a track that consistently connects with an audience.

Hot Cops quickly became the name on everyone’s lips around Belfast’s music scene a couple of years ago. Putting on a few EPs and consistently inventively brilliant singles, they were all killer, no filler. A short break led to a bit of cooling off period in the transient music scene but they returned this year with new vigour and released a new remastered EP in Speed Dating, marking some previous releases. There’s plenty of tracks they turn to as live favourites, such as ‘Six’ but ‘Decay’ is hard to beat. The simple refrain of “losing touch, I don’t know what I’m feeling anymore” immediately strikes a chord. The quiet/loud of both music vocals gravitate the feeling of ennui to one big, alt-rock mood.

An artist with form in the NI Music Prize, Joshua Burnside only went and won best album for his debut release Ephrata last year. Rooted in alt-folk but typically genre-bending, it was a deserved winner from a man who has been impressing for a number of years. He followed Ephrata with four track EP All Round The Light Said and lead single ‘A Man of High Renown’ earlier this year. It combines varied instrumentation including acoustics and accordions into a warm, waltzing track. Burnside takes from a whole spectrum of music, modern or otherwise, but the traditional sounds of ‘A Man of High Renown’ sounds like an artist at home.

Kitt Philippa returned from a spell away earlier this year with new music and a new sense of identity, born out of personal reasons. Philippa’s honest open letter went hand in hand, stating their self and their music “live alongside each other”. The long awaited return to new music was marked with the bold but gentle ‘Human’. Philippa’s stunning vocals sit amongst swathes of keyboards, percussion and synth but it’s a simple production that reflects Philippa’s message of unity. The title of the follow up single ‘Grace’ is a feeling that surrounds ‘Human’.

Much is made of Robocobra Quartet’s unique ‘jazz-hardcore’ sound, as well it should be. They’ve been nominated for the NI Music Prize two years in a row, with debut Music For All Occasions  and this year’s Plays Hard To Get. The production on the latter ramped things up with a bigger, more diverse mix which is evident on their nominated single ‘You’ll Wade’. Chris Ryan’s distinct vocals and drumming and the band’s signature saxophones are supplemented by piano across the track’s two halves, through crescendo and coda. A quick word for that opening bassline and sax: brilliant.

Few Northern Irish artist’s stars are shining as bright as Derry’s ROE. The young songwriter has gone from strength to strength and her talents have taken her to supporting Snow Patrol’s arena tour (hello Wembley) this winter. There’s been a string of great singles from Roisin Donald as she’s made a name for herself through Derry’s own Fictive Kin. Her anti-bully ‘Hey Thomas’ has clearly caught the ear of a big audience this year but there’s no doubt she had a few contenders in the running. Her one woman synth-guitar-pop and polished production sounds its best on the track underneath ROE’s impassioned vocals.

Another Derry artist, Glenn Rosborough isn’t new to the music game but he has really caught the eye under the name Rosborough. He announced himself with a bang with ‘Burn Blue’ towards the end of last year, a song that we chose as our best track of 2017. Rosborough’s stunning vocals are at home under the dreamy bed of sound in the song’s big chorus. A simply gorgeous track with a classic quality that could have come from a past era and sounds like little else on the list.

The second of the big hitters, Snow Patrol are unquestionably the biggest Northern Irish act of the past number of years going back to the success of Final Straw, Eyes Open and its worldwide smash ‘Chasing Cars’. Their latest album was preceded by a long, long wait for fans of the band and has been welcomed with open arms. ‘Life on Earth’ is a fine single to mark that return, opening the album with acoustic guitar and Lightbody’s gentle vocals before its bigger orchestral moments.

The Wood Burning Savages are practically an institution at this stage. They’ve gigged and gigged through various line-ups for years but this year saw the release of that holy grail, a debut album. A fiery, unrelenting look at modern day Britain and Ireland, politicised to the teeth and all the better for it. Amongst some truly brilliant tracks on the album, ‘I Don’t Know Why I Do It To Myself’ is as good a rock track as you’ll hear this year or many others. Everything comes together as Connolly riffs on the welfare state, career politicians and golden handshakes around a big, memorable earworm of a chorus. A top drawer rock song and one of many on this list with an incredible video to match.