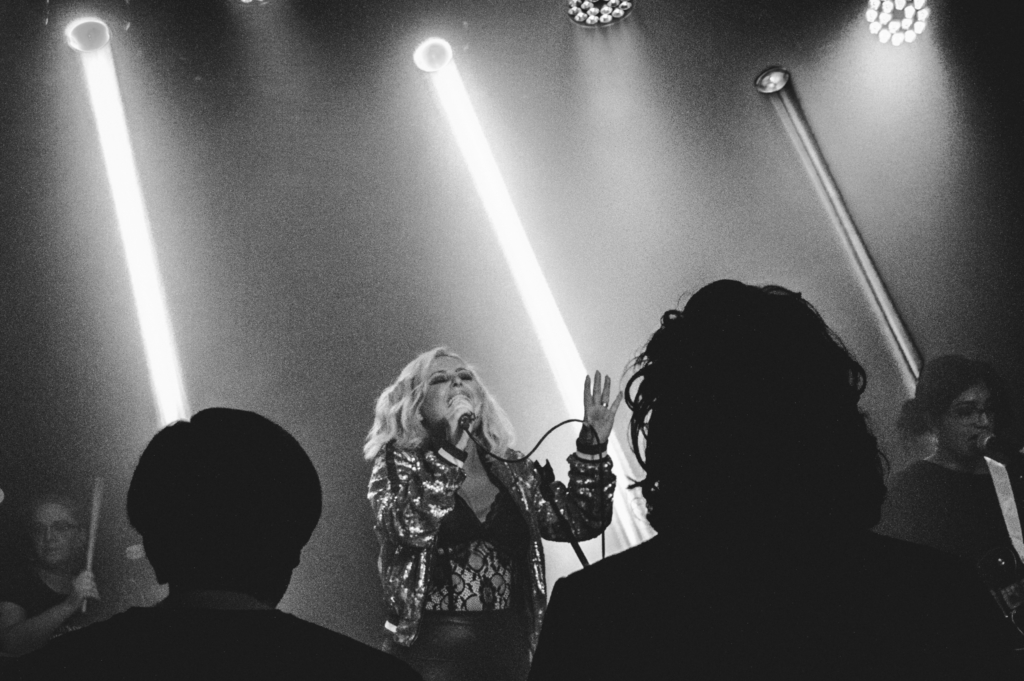 Rock quartet Alumna may be new but they’ve been growing in confidence since their inception, born from that growing incubator of talent Girls Rock School NI, last spring. After a number of live dates, the band headed into Start Together Studio and emerged with their first single, ‘Peach‘.

‘Peach’ builds on those live performances, coloured with the spirit of 90s rock. Rudimentary power chords crash together to create a bruising but joyfully enthusiastic noise underneath singer Chaz’s power rock driven vocals. With a message of independence, there’s a real hook to the lyrics, as the track barrels to conclusion.

The video, filmed in isolation, is a call out to friends in the scene and beyond, with appearances from the likes of Problem Patterns and Gender Chores alongside the band, taking inspiration from that Feeder video. A spark of inspiration to work around the lockdown.

Recorded in Start Together Studios with Niall Doran as part of their Ready to Roll sessions, and mastered by Jon Moorehead, ‘Peach’ is their debut single and recording, available on all the usual platforms from 9th April.

“Peach is that cathartic song about anyone that you’ve just had enough of. It’s that sense of getting rid of bad, or toxic people from your life and being OK with that. It’s a fun, punchy song, something to sing out loud and draw some power and energy from.”
Alumna