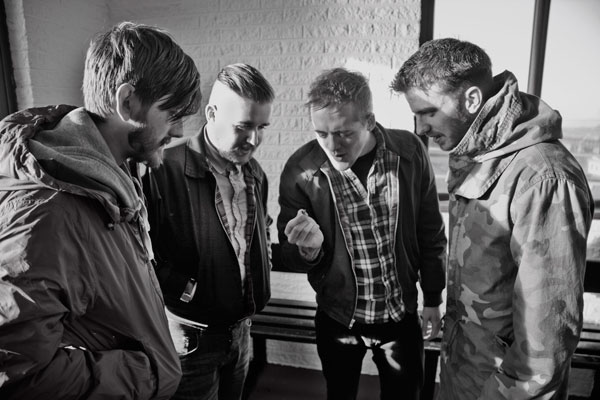 The world was a sadder place in the absence of More Than Conquerors. While Kris Platt and Danny Ball have continued to grace the musical world with their much loved electropop band Blue Americans, fans of More Than Conqueror’s fuzzy alt-rock have had a hole in their heart since the band called it quits in 2015.

10 years on since their inception, and 4 years since their last release, More Than Conquerors make a bold comeback with a psychedelic new single ‘NETYME‘.

Less heavy and confrontational than their previous works, ‘NETYME’ is a groovy, late-night affair. Punchy percussion full of shuffled snare and stick-clicking battles against a desert rock guitar riff, and Kris Platt’s vocals are as strong and dulcet toned as ever, soaring through the track’s choruses and cutting through the mix in these thunderously low tuned verses. Subtle octave up guitar can be heard twinkling away in the background towards the end of the track, an expanded sonic palette for More Than Conquerors since the inclusion of synths on their 2015 effort ‘They’ll Make Art From the Things I’ve Seen’.

The years away have only contributed to the band’s songwriting abilities, crafting an infectious track that is just as catchy and accessible as their back catalogue.

More Than Conquerors play Limelight 1 on Thursday 19th December to commemorate 10 years as a band.