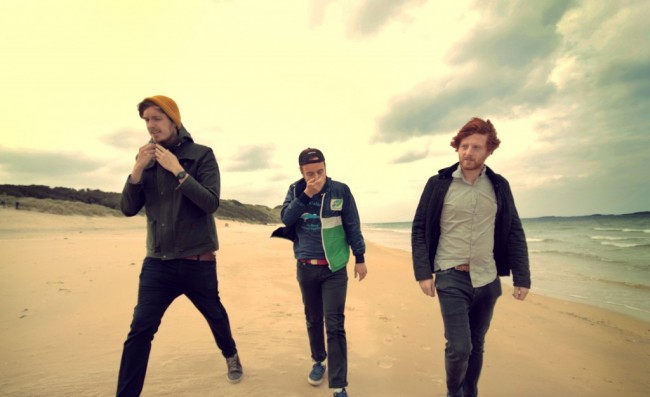 ❝ …And When I Open Laptops, They Tell Me Galvanize!❞

The North Coast is an area which has become notorious for producing quality, rowdy, racket-makers. And for many, Axis Of are the personification  of that scene’s hardworking, gritty attitude. They’re feisty, they’re loud and when it comes to a live show, they take no prisoners.

With the bit between their teeth the Portstewart trio navigated a loaded year. A year which started with the release of a whirlwind of hardcore punk noises in the form of their debut LP ‘Finding St. Kilda’. A record which sublimely transferred the savageness of their live show into a compact thirty-two minutes.

‘Finding St. Kilda’ is anything but gentle, twisting succulent melody into pounding riffs and choppy choruses.  ‘The World’s Oldest Computer’ is runaway freight train, blasting you with wretched vocals and scuzzy guitars. The pace rarely lets up with ‘Re-Written In Ink’ and ‘Aung’ aiding to to that ringing in your ear.

This album even had its own day to celebrate it in September. The band urging their followers to get involved with ‘Sharing St.Kilda Day’ by spreading the word about the record. If you haven’t already, there is plenty of time for you to fly the flag of Axis Of.

With a chunky bass line running throughout, ‘Lifehammer’ showcases the band’s ability to create punk rock offerings with a mighty chorus to stir up a fiery mosh-pit of singing revellers. A tune well worth your attention.