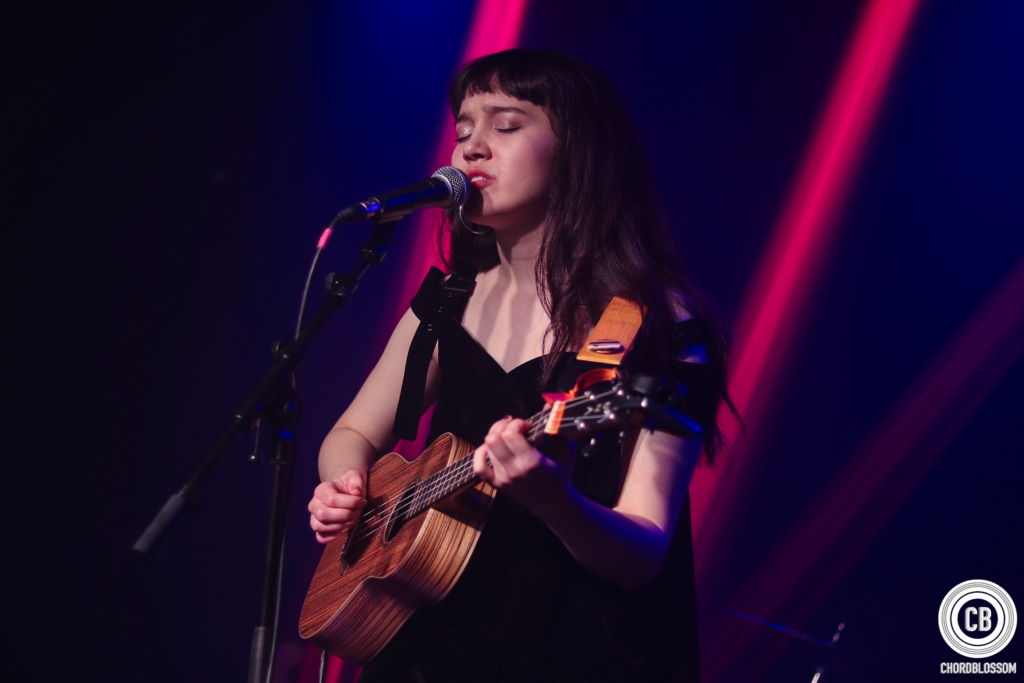 Earlier this week, The Oh Yeah Centre dedicated an evening to mark out the four artists championed and nurtured under this year’s Scratch My Progress scheme. Showcasing the singles recorded and released the week prior by Cloakroom Q, Joel Harkin, Conor Marcus and Sasha Samara, the early show invited an audience into the epicentre of NI music to experience the tracks with new movement.

Cloakroom Q hit the ground running with opener ‘People with Energy’, unfurling all of the tricks in their arsenal with the dirt and menace of contemporary city soundtrackers Fontaines D.C, Idles and The Woodburning Savages. Part punk in spirit, part glam-rock in attitude, with their synchronised headbanging and slash-painted faces, the five-piece were all psychedelic groove as they ended on their Scratch single ‘Leave Me At Lusk’.

A shift in energy next, Joel Harkin’s solitary, guttural melancholia took the audience to a place somewhere between pain and comfort, an aching calm. An absolute masterclass on stage presence, Harkin’s uncanny and unwavering sense of connection packs in just the right amount of humour and heartache. From asking for participation in the form of ‘wave sounds’ to recreate the sound of his favourite beach while he sang, to forming his own stage chants based on (semi) iconic movie lines, Joel’s sharp and witty – and often deadpan – takes move quickly to the heart-wrenching. A set brimming with songs about being sad (re: the housing crisis, wealth inequality, a relocated parent…), the clincher is new single ‘Thought I’d Go Home’, an ode to his beloved dog Memphis.

Scratch My Progress Vol 8’s youngest class member Conor Marcus followed suit with heartfelt singer-songwriter material far beyond his 14 years. Preluding ‘Looking Down on Me’, written about the passing of a friend’s father, with sincere and hard-hitting words on suicide and mental health awareness, Marcus’ words, sung and spoken, were deeply felt. Awash with a palpable sense of awe at the end of his set, many now-fans received Marcus with handshakes and congratulations as he came offstage from what was remarkably his debut gig.

The closing set felt a poignant one, sealing the evening with Sasha Samara’s first full-band performance. A transformative one at that, the band’s tightness providing the perfect backing to the bite in Samara’s words. All strobes and beams, the songwriter’s time onstage marked a change from stripped back, soulful and delicately shattering ukulele ballads to a fully-fleshed out melodic spectacle.

With a running order that bookended Vol 8’s solo performers with full-band, full-throttle sets that left no time for a lull, Wednesday’s showcase was a smacking visual and aural reminder of the genre- and generation-spanning artistry the Oh Yeah has an unparalleled eye for.