As Friday evening and the start of Stendhal 2014 drew closer most people’s thoughts were directed towards the weather. Thankfully with the rain largely kept at bay thoughts could turn to a weekend of music and entertainment. 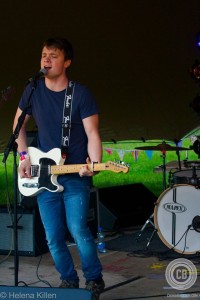 One of the weekend’s first acts were our own Kickstart winners, In An Instant on the Air stage. They delivered
their polished sounds on the likes of ‘Something Right and Something Real’, and despite taking to the stage when most were still making their way to the site they still got a good reception.

The highlight of Friday night was undoubtedly PØRTS (formerly Little Bear), and some might argue perhaps one of the best sets of the weekend. With plenty of thoughtful and ethereal sounds, and an embracing of dynamics, PØRTS, a band that promise so much, delivered a truly great performance. The band’s bear puns may need a little bit of work though.

Friday’s headliners, the Undertones took to the stage at midnight so they could play on the Saturday, referencing their switch with Frightened Rabbit who nearly pulled out of the festival. Front man Paul McLoone moves around the stage with a youthful cockiness that you’d expect from the punk rockers in their heyday. It’s an onslaught of a set filled with short, straight to the point songs. All the hits are here and get rapturous receptions. When McLoone dedicates one to the teenagers there are no prizes for guessing what’s next. Indeed the band play ‘Teenage Kicks’ not once but twice. 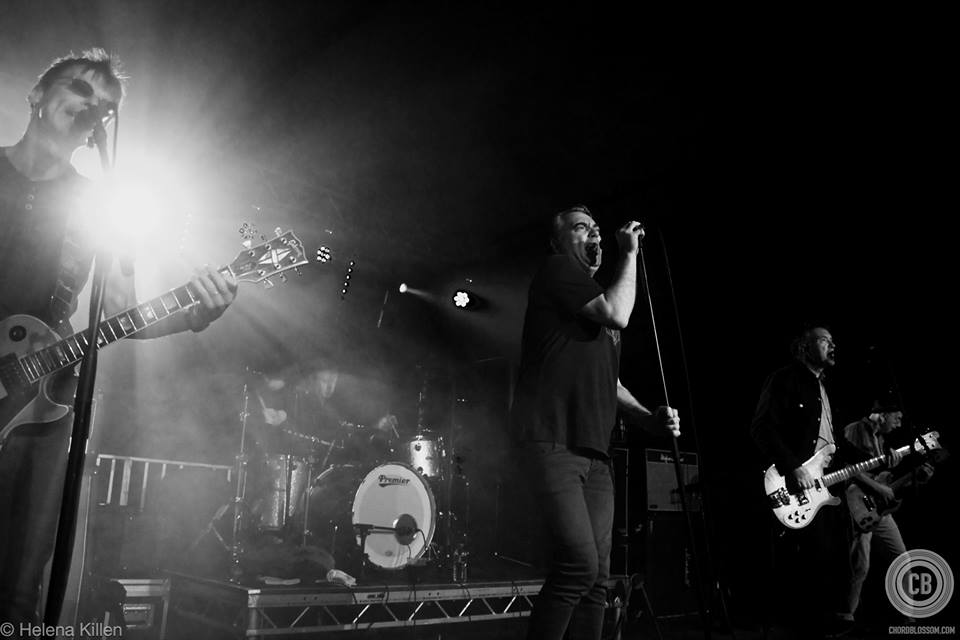 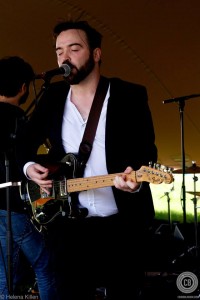 Saturday at Stendhal was filled with great acts competing for attention across the stages. Callum Stewart with a full band is one such act. It’s impossible to ignore the appeal and potential that the young talented musician possesses. It’s close but Amidships put on the standout set of the weekend. It’s an engaging performance; with frontman JP the focal point, brimming with vulnerability and distinctive tone to his wavering voice. There was an air of rebellion when with only one song left, the band opted for six minute single ‘Oceans’. As the beautiful noise of the outro calmed, the band launched into another suitably rockier track. Bravo.

Glenn Rosborough, an upbeat and soulful performer attracted a large crowd to the main stage. ‘Never Gonna Let You Down’ and the poppy groove of ‘Just Be’ are given great renditions by Rosborough and his impressive band. Silences have a fragile sound that is perhaps not best suited to festivals. With tracks like ‘All These Crimes’, one must see the appeal, whatever the environment. New songs and sounds including the serene ‘Sister Snow’ sit well alongside older tracks. Like Amidships, Silences have a penchant for bursts of noise and reverb to carry songs to their conclusion. 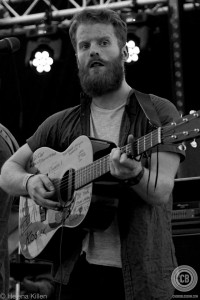 Nestled away from the main stages, amongst the trees lay the intimate Woodtown stage. A number of acoustic acts performed here over the weekend over the weekend but Ciaran Lavery‘s solo set, before a full band set on the main stage, catches the eye and draws a crowd. The venue seems made for Lavery’s emotive music and relaxed chat and anecdotes.

Back at the Air stage, Stendhal is treated to some wonderful covers by the Inishowen Gospel Choir performing songs including Talking Heads’ ‘Road to Nowhere’ and the sugar sweet ‘Home’ by Edward Sharpe & the Magnetic Zeros. Plenty of covers could be heard all weekend, No Oil Paintings‘ early set featured a cover of ‘Love Machine’, while Ryan McMullan stretched his vocal chords on ‘Superstition’ and Dramatic Tiger Club added some unusual touches to ‘Rolling In the Deep’.

The Clameens provided quite the ruckus on the main stage, particularly amongst the teenage members in attendance but in truth it was the Emerald Armada that really impressed. A real energy on stage drew plenty to the tent. While the bonus of EPs being thrown in to the crowd, a free t-shirt to the best square dancer and an overall lively performance won them plenty of plaudits. 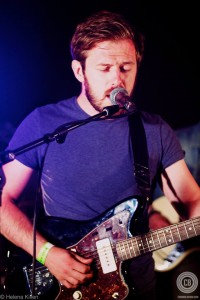 Sadly one of the few real downpours deterred festival goers from witnessing Rachel Sermanni. While the rain poured down outside, the Scottish songstress performed in her socks and kindly asked for song suggestions from those brave enough to suffer through the rain. Surveying the majority of Go Wolf‘s set from atop the hill it was easy to be carried along by it. The stage lights and the band’s shimmer and polished set against the darkening skies was a thing of beauty.

Another band out to impress was Derry’s Wood Burning Savages. After a BBC Introducing slot at Glastonbury, Limavady was a bit closer to home. They more than matched the weekend’s best sets with energetic numbers in ‘Living Hell’ and the rather brilliant ‘Lather, Rinse, Repeat’ 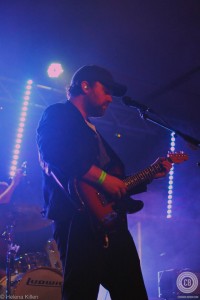 This year’s Stendhal Festival of Art had the beauty of having a real choice of headliners come Saturday evening. The main stage hosted the real draw in Frightened Rabbit, where the Scottish indie rockers delivered an emotional performance to a packed tent. But there were other acts vying for your attention. Antidote delivered hip hop to Keady Corner, which had earlier hosted a Duke Special DJ set. Over at the Karma Valley stage, Making Monsters were  raising hell and tearing up the stage. They made the night their own due to the sheer heaviness they emitted from the stage. Finally the chilled ambience of Slowplacelikehome provided another alternative. Those gathered at the Air stage danced or merely let the sounds and lights wash over them. With this Stendhal Festival of Art 2014 came to a triumphant close.

You can check out Helena Killen’s photographs from Stendhal Festival of Art 2014 here and you can also listen to an audio review of the festival in our latest NI Music Weekly show.

Go Wolf To Support The Killers At Tennent’s Vital