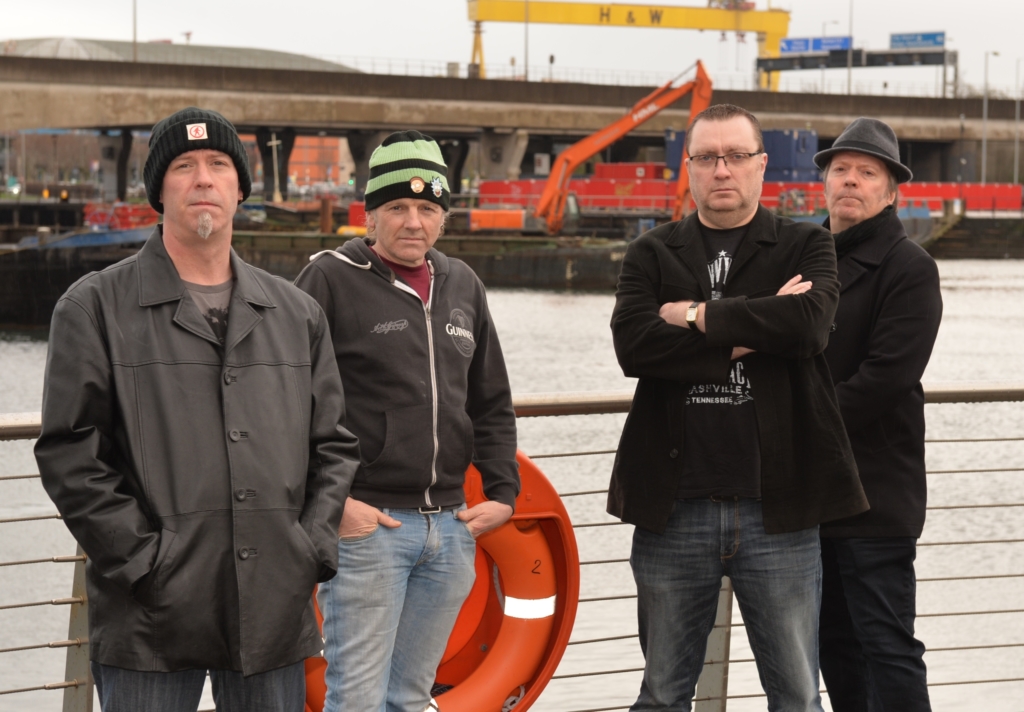 Baleful Creed play a brand of southern metal reminscient of Down without the Anselmo scream served with a touch of early Soundgarden and a heaped pinch of Iron Maiden. To an outsider, you might be surprised to learn that they come out of Belfast, Northern Ireland; not from the plethora of stages littered across the southern states of America, housed inside a local whiskey bar.

“The Lowdown” is an album of colossal riffs, tight song structures and impressive musicianship. The band have mined out the caves of the Rock Gods, found a couple of the most revered rock deities and stuck an IV drip into their timelessly magic arms, for a transfusion of sexy, dangerous classic rock, pumped straight out of a wonderful set of veins. Blood Type: B for Badass.

Together the vocals and guitar, sound muscular, capable of unleashing a barrage of croons, bellows and roars laid on top of a thick slab of guitar stones so cold they could kill you. Consequently, this is an album that buries itself into the back of the brain, ensuring the listener will long evermore to be front and centre at a Baleful Creed gig; in a leather sleeveless jacket, necking doubles, whilst being soaked in beer and sonic explosions of fury. After the lockdown ends, it would be a highly recommended venture to engulf oneself in such a moment, to let off a build up of months of steam. Remember we used to go to gigs to watch our favourite bands?

Of particular note to this listener is “Pilot My Head”, a hit of heavy chunky riffs rounded out surprisingly with the soulfulness of funk. It’s a catchy one alright, sweltering with tasty hot licks; an all round bruiser. Coupled together as a one two punch, “Riled Up”, follows and is another highlight; a straight up rocker with the frantic edge of Motörhead, mixed in with the chug of the ever galloping bass plucking hand of Steve Harris from the aforementioned Iron Maiden.

Across the album, the drumming is nothing spectacular and a bit heavy handed, but it is always on time, and doesn’t try to get too cute and technical, which, in all honestly, is the bane of modern metal and hard-rock, anyhow. Despite sitting high in the mix and at times drowning out the guitars and vocals, the drums lay down the foundation for the real standout of the album; that bass, consistently delivering a filth ridden, crunchy helping of oil drenched groove that sits well with the overall motorcycle gang sound that resonates throughout. There’s a rawness to the overall production, that adds bite and authenticity. This is a good sounding album, if not quite hitting the level of exemplars in the genre.

Final words: this album is a good time. Right now, what more could you want? Crank the volume up and step into the sludge.