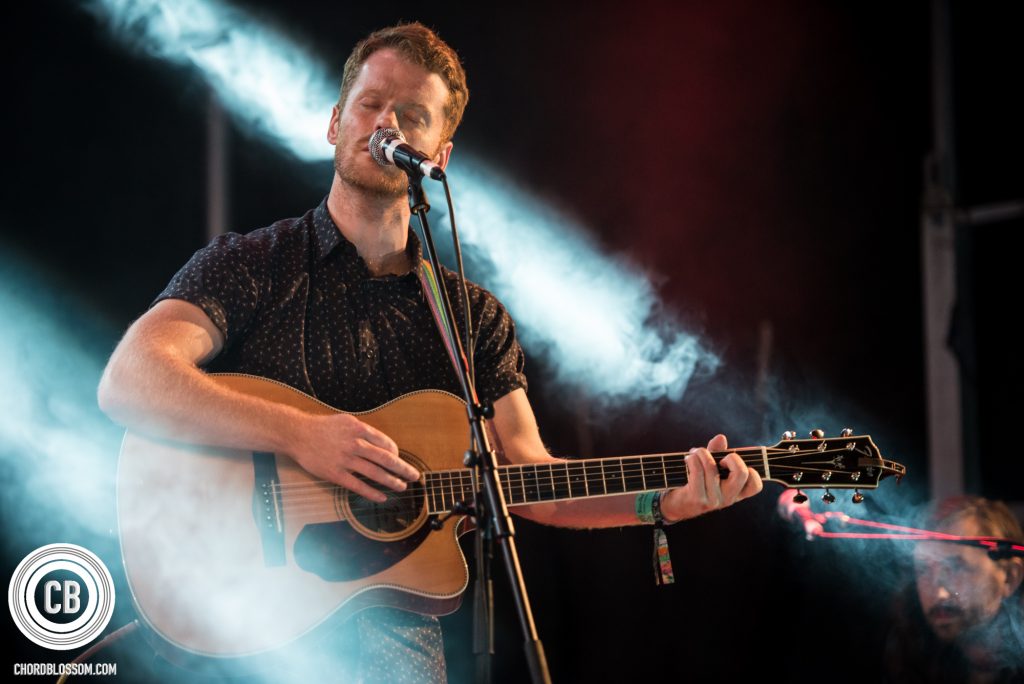 In November 2018, the Northern Ireland Music Prize had relocated to the Ulster Hall and as always featured performances from a range of artists, including a former winner in Ciaran Lavery. The Aghagallon songwriter, who had released his third album Sweet Decay earlier that year, performed the most unusual set of the night. Lavery and band, dressed in black hoodies with phones in hand, were delivering performance art rather than the typical live set (compare and contrast to 2016’s Live at the Mac for example). In front of an unfortunately disinterested crowd, Lavery seemed to be testing the waters for something different. Two years later, he’s just released his new album Plz Stay, bb, in many ways a departure from what’s been before.

One of Northern Ireland’s most gifted songwriters of the last few years, Lavery’s gravel tinged voice carries his often emotional folk with older tracks like ‘Shame’ and ‘Little More Time’ still holding the weight they did back in 2013. His music has grown with each release but the jump to his fourth album proper is the starkest transition yet, both thematically and musically.

In our recent interview, Lavery opened up to our own Ben Magee about the changing emphasis in his music. A growing platform and a desire to break down his own creative process and boundaries have manifested themselves in an album that is both honest and meta. Even his promotion campaign has taken to humour and a loosening of the usual formality, with personal emails that run off tangent and absurd video sketches.

Ciaran Lavery lays the out his feelings over frantic handclaps as opening track ‘Count to Ten’ jolts to life. The first verse deals with the emotional honesty, “my mother told me to know wrong from right, it’s getting easier to tell a lie, I go to therapy to stay alive”, while later he addresses his own career, “a singer-songwriter so fence me in, with every cliche that doesn’t make sense.”

Under the cover of a new sound, Lavery takes aim at the cliches. On the wonderful ‘Bella Union’, he sings of tapping into his misery as a parody of a singer-songwriter and hoping the song itself leads to a record label signing. A strong bass groove underscoring the rhythms, the song’s melodies are effortlessly pleasing and catchy. It’s a smart track with a sense of humour in its self awareness, and musically it is one of the album’s strongest tracks.

Lavery kept faith with his long standing band, adding further collaborations throughout. That core group, with Lavery’s own playing taking a backseat, led to a bolder sound. Not one to be scared of a full band sound, nonetheless there’s a wider sense of freedom here. These big band set pieces include ‘Count to Ten’, an incredibly forthright way to begin a new album, and ‘Can I Begin Again’. The latter, I witnessed earlier this year in the Belfast Empire (following the death of long-term friend and mentor Lyndon Stephens). The desperate call of “I want a cigarette” hits harder than it has any right to.

Whether by design or not, Tom Waits isn’t far away from much of the album. The vocal breaths that precede ‘Be Alone’ sounds like pure Waits, quickly giving way to a rolling freight train kinetic energy and punctuating bluesy guitar line that recall Waits’ ‘Chicago’. The beautifully sombre ‘Thrill is Gone’ hints at Waits’ quieter moments but it’s a track that pulls out one of Lavery’s best performances. Amongst an album of smart and sharp commentary, the lyrics here are self evident and it calls back to a romantic era with its Spanish guitar.

With the prevalence of movement amongst the album’s bigger tracks, the more typical songwriter moments stand out all the more. Proof that while Ciaran Lavery is keen to play with the tropes, he is not here to cut ties with the emotional songwriter. ‘Thrill is Gone’ is followed by the laid bare and self-reflective ’31’. While swirls of instrumentation and backing vocals come in through the song, Lavery’s basic guitar and voice sound whisper in the ear intimate. His collaborators join on ‘October’, which begins with a countdown from his niece, features American artist Liza Anne who helps elevate the song’s gorgeous chorus and ends with a short poem read by Rosie Carney. Things take another turn on as he recruits Irish visual artist Deborah Sheedy for a duet on ‘Hard to Love a Man’. Featuring looming synth and disconnected staccato piano notes, it’s an unusual arrangement but one that focuses the listener on the dual vocals. The acapella chorals of the short lived ‘Oh Fuck’ follows, contrasting Dermot Kennedy envy with mundane emails. The percussive and vocal led ‘I Was Drunk When I Made the World’ finally fades into the warbled piano melodrama of ‘Please Stay’.

Plz Stay, bb is the latest release from an artist who has produced some stunning work in the past, keen to pull it apart to reflect, and then tread new ground. There’s a line of self-awareness that runs through Plz Stay, bb that allows him the freedom to take himself out of the singer-songwriter box. The result is an album that manages to subvert the singer-songwriter with humour and sarcasm, while wrought with patent honesty. Pls Stay, bb is a superb step forward for Ciaran Lavery.