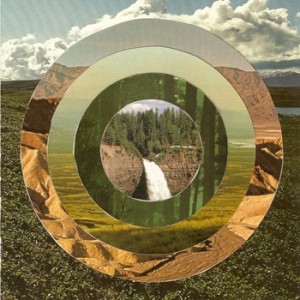 The debut album from Ewan Gordon’s project Coney Island Sound arrives just as the summer packs up its tent, deckchairs and sun-cream after a somewhat extended stay this year, and though it might have arrived just a little too late to accompany the numerous heat-waves we experienced, those of you masochistic enough to trudge through the cold November rain with this chirping in your headphones will no doubt find it hard not to cast a sullen eye backwards – given that this is the sound of a holiday compressed into roughly 60 minutes.

Many albums find themselves earmarked as ‘the soundtrack of the summer’ off the back of one or two upbeat, well-timed singles: artists such as Supergrass, Dodgy and too many other indie-pop also-rans can fart out a festival favourite, and voila – they become a band your mum quite likes. ‘Klang!’ takes something of a different route – instead of containing a number of ‘big summer tunes’, the album literally sounds like summer throughout; evocative of school holidays, ice-cream vans, insects buzzing and enough of the great outdoors to no doubt set off the hay fever of anyone so inclined.

Opener ‘Introducing Mr. Kellogg’ sets out the album’s groove from the outset – a mishmash of everything-but-the-kitchen-sink tweedles and blips, underpinned by some slightly two-step shuffle and warm acoustic guitars: all coming together to give the impression that whoever this Mr. Kellogg is, he’s a rather nice bloke. In fact, there’s the over-riding sense of the intro to a whimsical kids TV show theme about it. Alternatively, the song could be about breakfast:a jaunty cereal accompaniment, if you will. Either way, it works splendidly.

The chiming toy-town vibe of ‘Schroeder’s Cat’ is up next, grinning like a Cheshire whilst no doubt simultaneously sending listeners of a certain vintage straight to Youtube to search for the introduction to ‘Bagpuss’.’The Lemonade Song’ evokes the spirit of The Avalanches in its layered vocal sample and perfectly-pitched calypso guitar, whilst ‘Science And Health’ is a paean to those Victorian parlour dances shown in period dramas with some fattened bass thrum underpinning it.

It’s certainly difficult to describe the experimentation displayed throughout the album in words, given that there’s so much going on, but possibly the onomatopoeia of title track ‘Klang’ gives the best example: every sound generated on the album (and there are lots) works to evoke a memory: be it a hazily-remembered pop culture reference, to the sound of a child’s toy machine gun, and for every loud ‘klang’ there are scores of more subtle references. For an album so determined to sound patchwork in its nature, there’s an impressive structure to each of the songs.

‘Klang’ is therefore, a gleeful and successful experiment – at its best moments, such as on the unexpected squeeze-box techno outro of ‘Nautical By Nature’ – Gordon touches on the same sweet-spot between ‘what the hell am I listening to?’ and sheer joy that The Flaming Lips manage to hit so consistently. The unrelenting effervescence of the album does, however, render it something of a niche listen, and whilst it’s rewarding, there are many, many occasions it won’t fit into given the busy nature: although the darker trip-hop tinge of ‘Life In A Northern Town’ does redress the balance somewhat without leaving things on a downer.’Klang’ won’t be for everyone, but as a holiday destination its a hugely enjoyable place to visit nonetheless.

Axis Of Kick Off European Tour