by Sarah-Jane Kirk
in Music Reviews 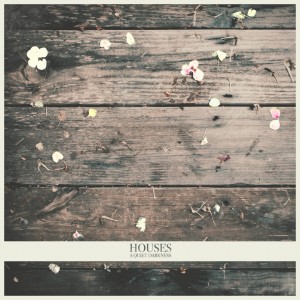 The idea of the concept album has in the past, flirted with greatness and danced with mediocrity. From one of the original greats of The Beatles “Sgt Peppers Lonely Hearts Club Band” to the almost unmentionable “The Black Parade” by My Chemical Romance they have always been a point if interest for music fans.

2013s offering “A Quiet Darkness” from long time collaborators and real life couple (Dexter Totoriello & Megan Messina) as “Houses”, is both intriguing and beautiful. The album follows the story of a married couple separated by a nuclear holocaust and tracks their attempts to reunite through the highways and byways of the California coastline. Interesting fact about the album itself is that the duo actually stalled at a few rest stops along the Highway 10 to record in abandoned areas and just take in the atmosphere for the story they were creating. The music is as cinematic as the concept, with padded broad synths warming up pretty melodies, ethereal drones and falling piano phrases that are electronically manipulated beautifully – plinking and plonking like raindrops. It could have been an idea blown out of all proportion if the pair was to ham it up in an attempt to sound as ‘epic’ as the concept suggests, but Houses nail it. Here, they’ve gone for a subtle suggestion of the feeling of acceptance and solitariness in the aftermath of the tragedy, paving the way for an accompanying sound that is distant and spatial – a musical backdrop that aids the visualisation of the lyrics.However there is no great balls-to-the-wall experimentation, there is a complete change in tempo with “A Tired Moon” that just completely wanders off the path of where the rest of the record appears to be going. Towards the latter end of the album it lacks any sort of progression unfortunately. A stilted juxtaposition of songs that do sound well together, it just leaves the taste of repeating the sound rather than evolving.

Standout tracks on the album are ‘The Beauty Surrounds’, the nod to Radiohead that is ‘Peasants’ and ‘Smoke Signals’ – if you’ve enjoyed listening to the likes of Stars, Future Islands and to some extent The Dirty Projectors this is an album for you.