by Sarah Laverty
in Music Reviews 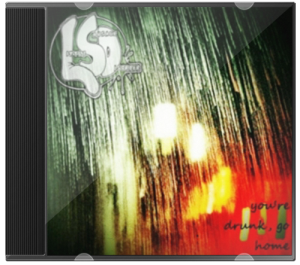 This 4 piece Pop-punk Band from Cookstown is instantly reminiscent of Blink-182, Bowling for Soup and practically all my teenage angst. Formed in 2009 and having released their first EP in January 2010, this band has grown immensely in strength and confidence over the last few years, despite not being a recognisable name in the NI gig scene.

‘Yesterday’s Jam’ gives a forceful and highly energetic start, unleashing a fury of emotion, ferocious guitar riffs and some rather skillful drum work. The lyrics do get a little repetitive near the end but nevertheless it is a very promising start to their second EP. The slightly darker “You not me” is well produced- a little too well produced if I’m honest. At first this provides a change from the upbeat rhythms of the previous tunes however as the track wears on I’m dying for the band to let go and give it the full emphasis they clearly want to. Rawness is lost. However the EP ends on a high note with the not so happy, ‘Happy Summer Song’, oh so perfect for this time of year and oh so bittersweet; “so let’s pretend we’re ok, we’ll get through this with cigarettes and beer, singing karaoke.” It’s a laid back, down-to-earth final song, easing us out with a gentle reminder of the pointlessness of life and a positively charming guitar riff. Lovely.

However my stand out track has to be ‘Crazy about you’; an upbeat declaration of teenage rebellion in the face of forbidden love. While a little too expletive friendly for commercial success, this was the track which had me dancing around my kitchen and hitting the repeat button. There’s even a hint of a Green day influence, as if my nostalgia levels couldn’t get any higher.

I love seeing bands progress and this is a big step up from their first self-titled EP two years ago. Both Jonny and Jarlath’s vocals are greatly improved in both strength and confidence. Key changes, which were stumbled over at times, are now much more slick and it feels like the band has come closer together as a single unit, showcasing individual musical talent at different points in the songs rather than presenting awkward solos which sometimes feel like they have been slotted in.

On a negative note, as with most types of progress something is lost and at times I felt that this EP lacked the experimentation and rawness of the previous. Not all of the attempts to try something new worked but when they did they were an excellent expression of what gives this band its unique sound, particularly the hints of 1950’s rock and roll. However, I for one hope that the foundation of confidence laid in their new music will give them the courage to branch out again in future and really come into their own.

‘You’re Drunk- Go Home’ is definitely worth a listen for all hormonal 16 year olds and anyone who remembers what it was like to be one.