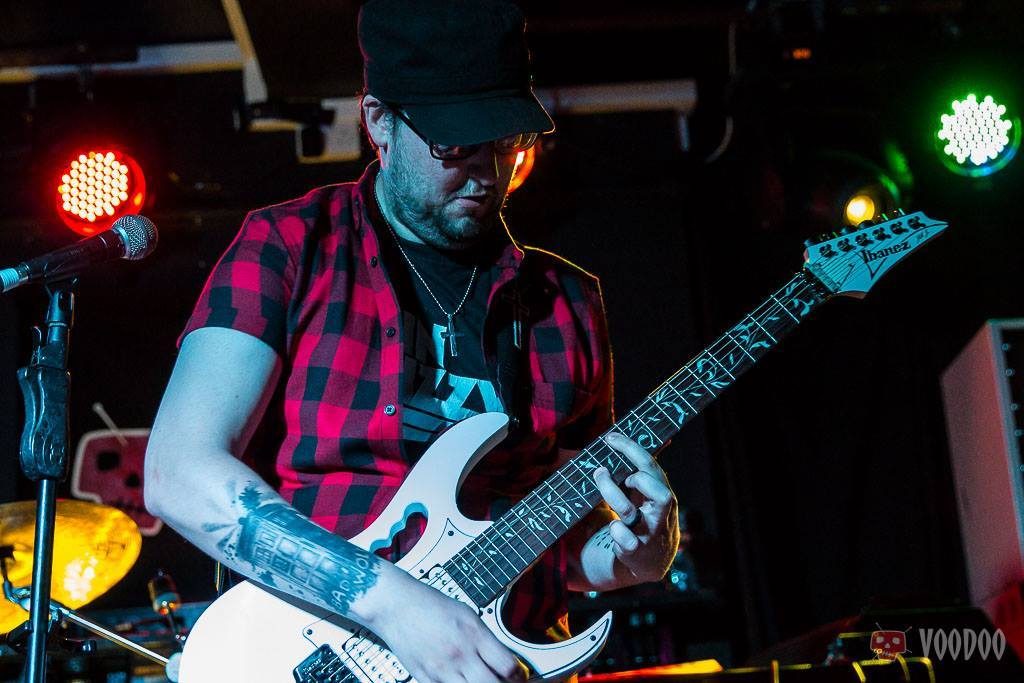 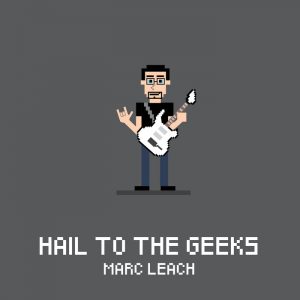 In virtually everyone’s group of friends, there’s always one: that person who seems to have a magical ability to be good at almost every damn thing they try their hand at. But they’re such a lovely girl/bloke that you can’t possibly hate them. Argh!

For many people in the NI heavy music scene, that person is one Marc Leach. Not only is he an absolutely brilliant, inspirational photographer, but he’s also a dab hand at writing reviews AND is a musician of not inconsiderable talent. Bah! After posting on his youtube channel for years, covering the likes of Devin Townsend and even local metallers Stormzone, he released an EP of original tracks early last year. Called Light In the Dark, the EP touched on his personal beliefs and faith, and revealed a rather thrashy, power metal sound. Recently, he released a second EP, entitled Hail to the Geeks: this time around, unsurprisingly, the subject matter is his love of all things geeky, including cosplay and Doctor Who.

The title track opens the EP and displays a solid link to his previous work, with a strong power metal style including prominent keys and a racing beat. Its muscular, beefy guitar work and a chugging midsection hint at a darker flavour, however. ‘Free As One’ then delves deeper into that, with some serious fretwork and a frenetic, blazing outro.

He then dials it right back in third number ‘Voices’; the use of a capo on his guitar lends the song a dreamlike, almost choral quality that surprises and delights in equal measure. There’s not much time to dwell on it though, with ‘Fly Falkor Fly’ drawing a picture to Atreyu flying on his luckdragon’s back (you’ve all seen The Neverending Story, right?) in true power metal style. At times the pitch of the guitar means it almost takes on the role of vocalist, while the emotional midsection and epic and rather majestic feel of the song give it a richness that power metal does so well.

‘Shadow Moses’ is next, Leach’s homage to games and gamers alike. It’s an atmospheric track, complete with machine gun-like guitar and tempo changes that take it from soaring heights to deep, growling depths. And then it’s time for ‘Lonely Space Traveller’, dedicated to all things Doctor Who, which has as many twists and turns as any season of the classic (or more recent!) TV show. A slow, warm introductory pace is kicked up several notches at around the minute and a half mark into a glorious, headbang-worthy beat, complete with scythe-like riffs. It slows down again a few minutes later and the listener is treated to some more soaring solo work. The entire song will have you tapping your foot and bobbing enthusiastically throughout, right up to the ‘guitarist standing on a mountain’-esque outro. It truly is magical (and not just because your humble reviewer is also a huge Whovian).

Right from the start, this is a great EP. The production is sharp; the songs are well constructed and – as is so important in instrumental music – interesting enough to keep the listener entertained; and the guitar work is exemplary. It’s available for free on Marc Leach’s Facebook and Bandcamp pages, so give it a listen – you’ll really enjoy it. So yes, Mr. Leach, you’ve done it again. Again!