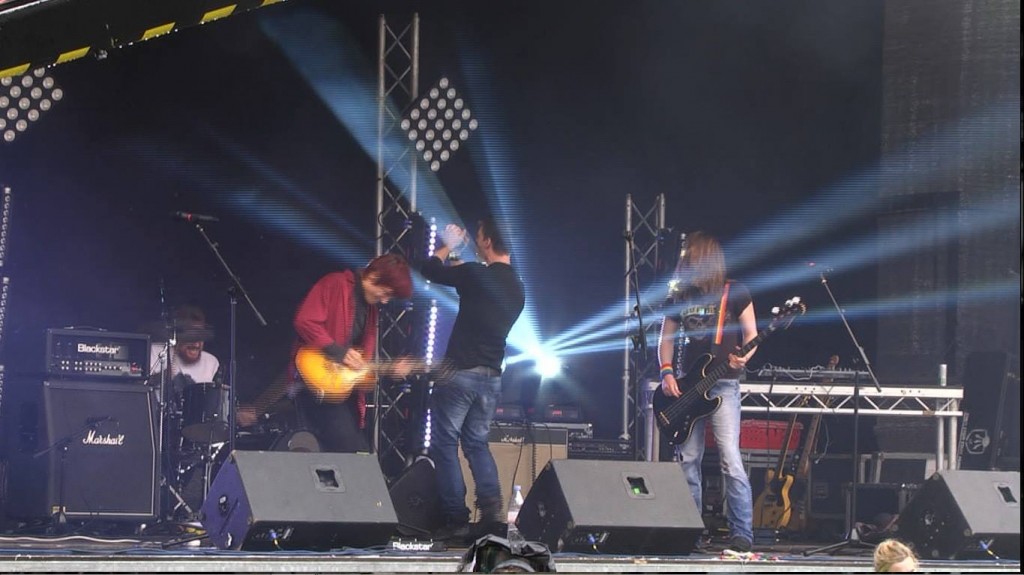 Let’s get the elephant in the room dealt with right from the start. Midnight Transmission, as the Belfast-based 4 piece admits, have definite Grunge overtones. Overtones is maybe a slight understatement. Sitting somewhere in between Alice In Chains, Soundgarden and Kyuss/early Queens of the Stone Age, with ‘Face The Sun’, Midnight Transmission have taken me all the way back to the heady days of the early 90’s. I still believe this was one of the better periods in Rock music history in terms of quality of output, before that is, the record industry ruined it with its usual litany of copycat bands and, it must be said, many of the bands themselves imploded or lost their edge.

Some Heavy Rock fans may disagree, many of them resentful about Grunge, because it is widely viewed as the genre that struck the death knell for Heavy Rock’s mainstream popularity. To me it’s all Rock music and it brought Rock music back to the point of being relevant to the common man and dragged it away from L.A.’s Sunset Strip and over-commercialism; stopped it becoming Pop music dressed up in stonewashed denim. So, let’s use the Grunge tag if it helps people understand the feel of Midnight Transmission but bottom line is, this a Heavy Rock album that owes its roots as much to mid-era Sabbath (minus Ozzy’s marmite vocals) as anything. But yes, if you are a fan of those early AIC or Soundgarden albums you should love this album as much as I do.

I have been vaguely aware of Midnight Transmission for some time – the band has been around since 2009 and has had its share of successes and plaudits in the intervening years. Admittedly with little to back up my theory, I felt it was a band that wasn’t quite sure what it wanted to be; never quite convinced me enough to take further interest at that time. I certainly didn’t get the dyed-in-the-wool grunge vibe from their earlier material that I do with ‘Face The Sun’. But perhaps the 9 month sabbatical (or perhaps sabbath-ical) the band has taken and the recruitment of new vocalist, Mark Penney, has finally distilled a direction and focused the band on who/what it wants to be. If so, then I am glad this is the direction it has taken because it feels genuine/authentic. ‘Face the Sun’ may have a straight-from-Seattle circa 1992 sound, may have the lyrical content full of alienation, disenfranchisement, substance abuse, anger, frustration (the staple lyrical fare of that era) but the guys pull it off. Nor is ‘Face the Sun’ a grunge-by-numbers for there are smatterings of originality, none moreso than the groove-grunge riff to ‘What I Need’ or the acoustic, wonderfully atmospheric anti-ballad, ‘Remedy’.

My overall assessment of the album is that it is a very consistent batch of 11 songs with the quality of a high standard all through. There are no songs that had me reaching for the ‘skip’ button even after repeated listens. It could be perhaps said that it does not contain those ‘jaw-drop’ songs like A.I.C. had with ‘Man In The Box’, ‘We Die Young’ from their debut album ‘Facelift’ or Soundgarden had with ‘Rusty Cage’, ‘Outshined’, ‘Jesus Christ Pose’ etc from their breakthrough opus ‘Badmotorfinger’. I still remember vividly being blown away by those albums on first listen, like someone had shown me a new world. Midnight Transmission, simply by virtue of this being 20-odd years later, can not inspire such wonderment in a veteran like myself, but it sure gets my admiration for self-producing such a consistent album.

And don’t get me wrong, it’s not as if the album has no highlights. The opener ‘Undone’ is classic grunge, the title track would sit proudly on any A.I.C./SG album, ‘Current Affairs’ is a multi-tempo epic (I swear I heard Layne Staley’s ghost) and the aforementioned ‘Remedy’ provides a bit of variety. It also has to be remembered that those bands (and their peers) had plenty of duff songs, especially on later albums, songs which sound tired/uninspired. There is none of that on ‘Face The Sun’ – it may lack a few real killers, but there certainly is no filler either.  ‘Face The Sun’ actually gets better with repeated listens.

New singer, Mark Penney, has to take a lot of credit for steering the direction of the album. He has a very unique voice that often echoes Chris Cornell (Soundgarden, Audioslave) in terms of where he goes with his melodies, without resorting to the screaming/wailing than punctuates Cornell’s work. In some ways he has the tone (but better range and tuning) than Jerry Cantrell (who shares vocal duties in A.I.C. with the lead vocalist) and there are moments when he brings Josh Homme (QOTSA) to mind. Some Rock fans only rate the singers that can do the high pitched screaming – the Metal equivalent of Pop divas ‘doing the octave’. Frankly, while I can admire the singers who can do it, quite often those singers ruin their careers/voices long term with unnecessary vocal histrionics. It’s not that Penney is a softie, or lacks punch or power. The angry ‘Deep Within’ and album closer ‘213’ both show that he can take it up there when the song demands it. The title song shows a great ability to use light and shade in a song to convey the correct atmosphere. That’s what I like in a singer, someone who can take it where it needs to go, when the song/lyric requires it, but who also knows when less is more.

It’s a very ‘live’ sounding album with very few obvious overdubs and extra layers, even with the vocals. I think it suits the overall vibe to sound that way and overall, in terms of musicianship the band pull it off well, with only the very occasional messy moment here and there, which is what you get from straight recording. Sometimes the guitar is a little too waspish for my tastes but at other times the guitar tone is bang on with plenty of bottom end. There is a pleasing lack of guitar solos and other assorted ‘look at me’ style playing, which is very much in keeping with the origins of grunge – the divergence from ‘the formula’. This has the effect of shortening most of the songs to well under 4 minutes, which considering these are not punk songs played at 100 miles-per-hour, is also quite a divergence from the norm. It does take a bit of getting used to though, on the first few listens it did seem some songs had barely started before they had finished, but when I analysed it further, it really is just an economy of guitar virtuousity moments that is not there from yer standard Rock band. It seems Midnight Transmission are all about the riff and not the weedly-weedly wankery. I like that about them.

All in all this is a very creditable, consistent and powerful album that fans of the Grunge genre will love.I was very much a Grunge fan back in the day, so to be impressed by this album set against the best of Grunge takes some doing. The question of how far up the food chain it can take Midnight Transmission is one I can’t answer. Dublin’s, Kopek, seem to be doing ok with their Grunge-influenced offerings, although they very much mix it up with some lighter/more commercial songs which you won’t find on ‘Face The Sun’, which I guess would limit its appeal to fans of this genre and those Heavy Rock fans who don’t instinctively distrust grunge-influenced bands. But this certainly makes me want to go check the band out at my earliest opportunity. 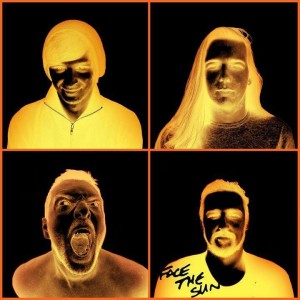