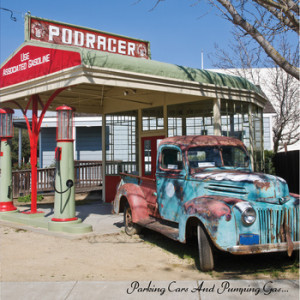 Podracer are a three piece in your face alt-rock band that come from Dundalk. In their own words they are: “Angry, noisy and irreverent as possible.” They list influences as diverse as The Stranglers to Blink 182. Their debut Album Parking Cars and Pumping Gas would fit nicely in any punk rock fan’s collection. The album consists of twelve fast paced songs that speed from one track to another without taking a breath. There are strains of the Offspring’s influence especially in the track ‘Vulpes’. The first single of the Album is ‘Easy Singles’ and it is the perfect introduction to Podracer as its fast paced from beginning to end.

Podracer don’t shy away from controversy as their track ‘Hitchhike Hooker’ with features American serial killer Aileen Wuornos, and their other topics include addiction in Twelve Steps and religion. Parking Cars and Pumping Gas is a great debut and leaves you wanting more.

The evolution of students and music