After the resounding success of our last Exposure gig which was particularly satisfying given that two of the three bands weren’t Belfast based, we’re delighted to unveil our next one. Keeping with the same formula of providing local musicians the opportunity to play our shows, we have three more great bands on offer. 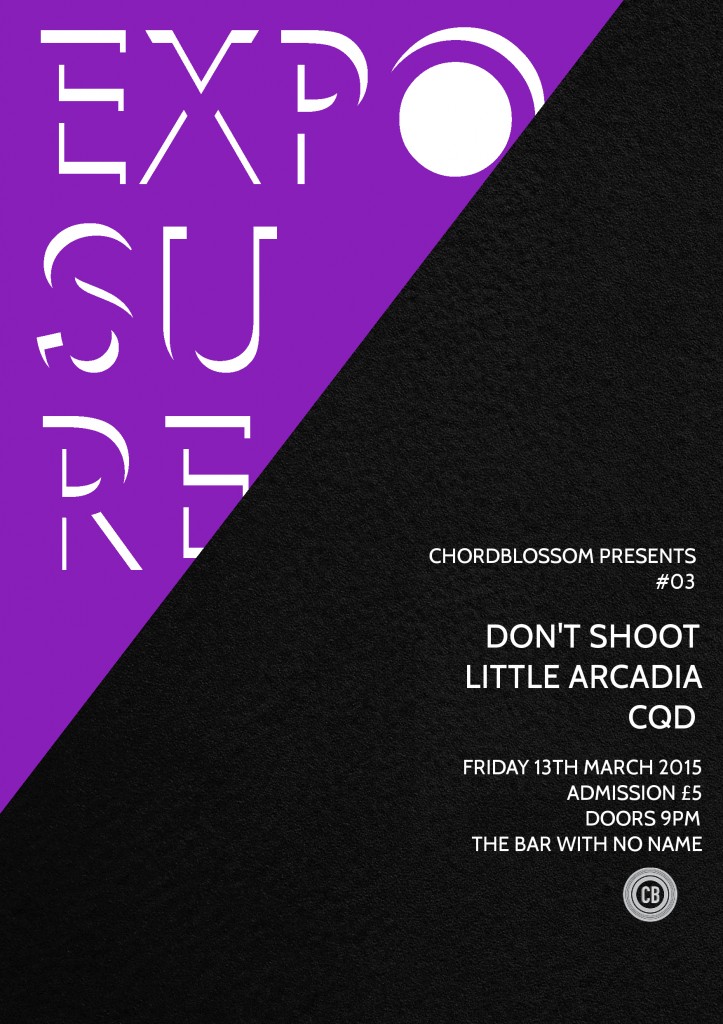 For our headline band it will be their last show in Northern Ireland before they move to Glasgow. The exciting indie 5 piece, Don’t Shoot will leave you spellbound with their brand of alt-rock. Of their Wonderkid EP we said: “This EP should come with a warning, one listen to this and you’ll be hooked.”

The band previously played with the likes of More Than Conquerors and Gascan Ruckus and recently walked away as winner of Glasgow’s Soundwave Music Competition.

Hailing from the North Coast, we’re pleased to welcome Little Arcadia to Belfast. While not as raucous as their neighbours Axis Of, the four piece, there are still plenty of riotous riffs for all to enjoy.

Their latest single ‘FUQ’ is a delightful affair that highlights their move into alt-rock territory. Luring you in with some subtle ambiance before viciously letting rip. They should be on everyone’s radar for 2015 and beyond.

In keeping with our alt-rock theme, the 3rd act of this Exposure gig will be CQD. Another extremely young and talented band, with a lot of potential. Based between Belfast & Holywood this four piece are already well versed in writing catchy rock songs.