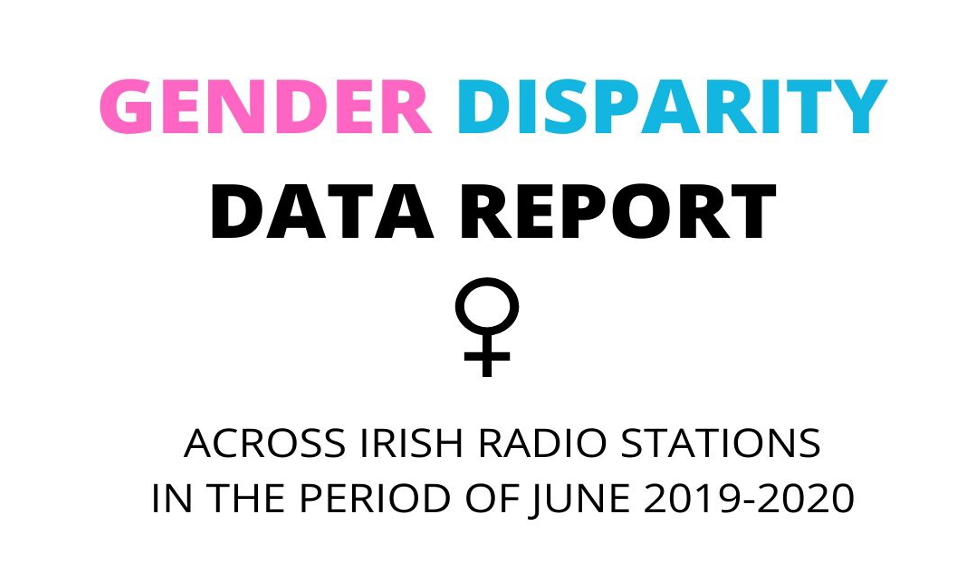 Last month the first stage of a report into gender disparity on Irish radio was published, a damning reflection on the state of play amongst Irish radio stations. The report, prepared by Linda Coogan Byrne sought to shine a light on the issue.

Compiled from data over a 12 month period from June 2019 to June 2020, the report looked at the top 20 most played songs by Irish artists on each individual radio station. The report used Radiomonitor, which requires registration by a label or company, however this is undoubtedly a solid indication of commercial Irish artists, and trends in Irish radio.

Unfortunately, there is no data for Northern Ireland, however the figures from the 27 radio stations monitored in the report speak for themselves. While RTE Radio 1 featured a 50-50 split between male and female artists, four stations featured entirely male top 20s. Across the 27 stations, female artists accounted for just over 15% of the total plays amongst the top 20 Irish artists on each station, with RTE a clear outlier while every other station plays 15% or less. Not even a handful of female artists make the top 5 played Irish artists across the board, just 4 out of 135.

Following the initial publication of the report, and almost a week on, Coogan Byrne has stated that only 3 stations had got in touch in response to the findings to ‘try to do better’. The report also comes at a time when a selection of Irish female artists recorded a well received version of The Cranberries’ ‘Dreams’, under the heading Irish Women in Harmony. The release is raising money for Safe Ireland.

Separately, the report also stated that Irish artists receive about 1 play to every 6 for international artists, less than 15 percent of airplay.

“The findings on the Gender Disparity that exists across Irish Radio are a staggering and shocking display of an industry model that needs drastic changes. This is not an opinion-based report. It is based on data. Facts.  We ask what can be done to implement changes across Irish Radio that creates an equal opportunity playing ground for both male and female Irish acts.”
Linda Coogan Byrne

The report can be read in full here.