In An Instant Debut New Single

It fills us with pride to see our 2014 Kickstart winners, In An Instant debut their first official single, ‘Something Right and Something Real.’ It continues with the tasty indie vibe that drew them to the attention of us and many others among the music scene.

Not only have they released the new single, they have also announced the actual launch of their EP. They are commandeering the next Hidden Machine gig on Thursday 29th May alongside Affleck and C-Beams. If you haven’t managed to catch them live yet, this is your opportunity! 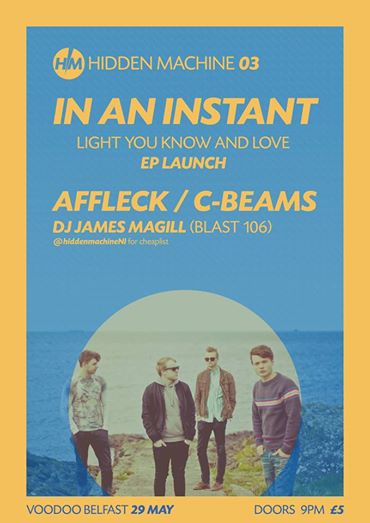