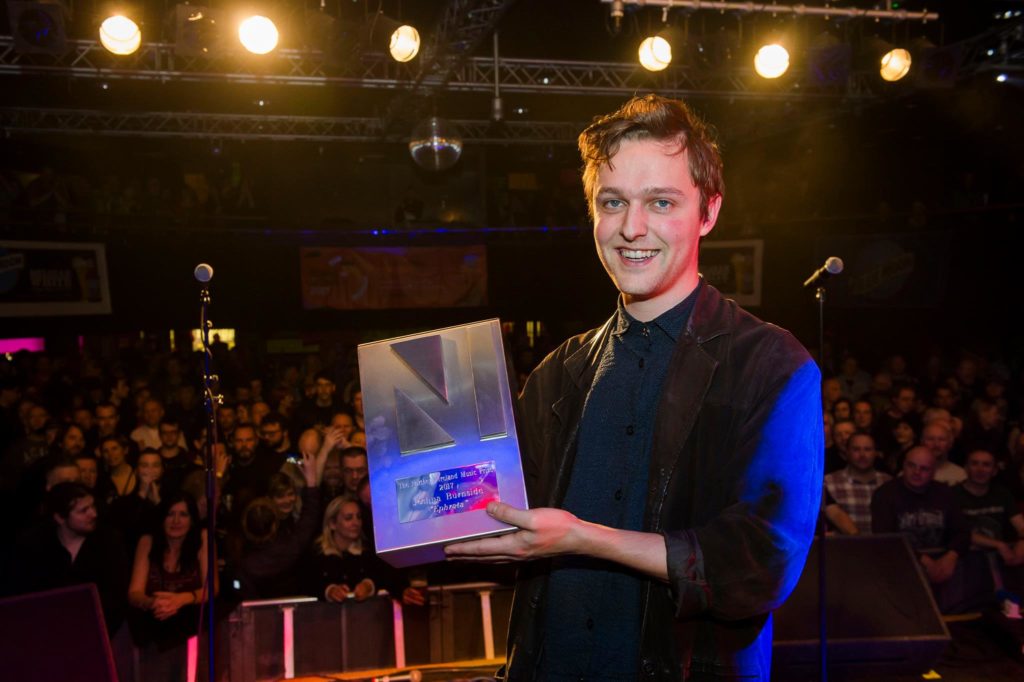 The 2017 iteration of the Northern Ireland Music Prize offered up some quality albums and at a ceremony in the Mandela Hall on Saturday night the winner was announced. Walking away with the prize was EPHRATA, the debut album from experimental songwriter, Joshua Burnside. You can read our thoughts on his debut here.

The win for Joshua marks a remarkable return for Lyndon Stephens at Quiet Arch with his other artist, Ciaran Lavery winning the same award in 2016. If you haven’t managed to pick up a copy of EPHRATA, Joshua will shortly be releasing a special deluxe edition of the album via Music Glue. You can catch Joshua Burnside live before the end of the year at the Atlantic Sessions and the MAC.