by Peter Cinnamond
in News, Slider

From the the depths of rural southern Co. Down emerges brand new four-piece Aspen Pales with their rather delightful debut single ‘Blue‘

The eagle eyed of you will recognise the name immediately, the band first coming to our attention as one of the shortlisted acts in this year’s Kickstart. Since then they’ve been in recluse, but finally after months in the studio Conor, Colly, Daniel & Sean have given ‘Blue’ a full release.

The track is easily one of the most infectiously melancholic songs we’ve heard all year. Simple, yet mysteriously catchy. Guitars trickle and swell with a mournful cry, beefing up a somber hook with enough pep to keep your head bopping along.

If this little taster makes you hungry for more then you’re in luck, not looking to wait around the band already have plans to release an album.

Aspen Pales launch their debut album in the INF, Warrenpoint on Saturday 20th December. Support comes from Silver’s Got Strings & The Wolf Is In. 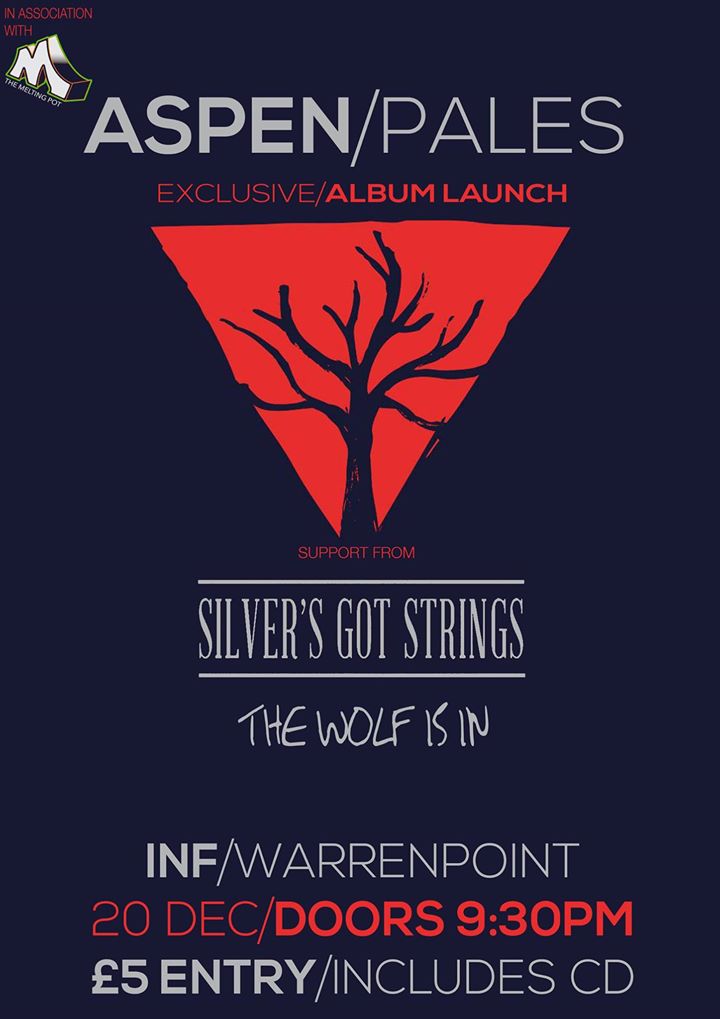