In one of the most surprising pieces of news to come out of Northern Ireland this year, R51 have confirmed they will be setting out on a headline tour of Russia. An ambitious move by the alt rockers but one that will undoubtedly propel them onto bigger and better things.

The band will crisscross the expansive nation for a series of ten shows throughout September and are hoping that you will help support them. They will be hosting a fundraising show in McHughs alongside Matua Trap and Bosco Ramos on Saturday 9th September but if you cannot make it to the show, you can donate via their website.

Following the announcement we spoke to Jonny Woods to find out more:

“We’ve actually known about it for a while. We signed the contract back in May, but have been dealing with funding applications to help get us there and back, and in case those fell through, we didn’t want to officially announce it!

Essentially we were contacted by a booking agent in Moscow who had heard our tunes and thought we could do well on his Alternative Rock circuit. He offered a tour of 12 dates originally but due to scheduling, we had to agree on 10. The tour begins in Moscow, and covers around 7,800 miles. We go as far as places like Cheboksary, Chelyabinsk, and Ufa, places with a population of 1.4 million people, that we westerners had never even heard of yet have 4 times the population of our hometown Belfast!

As far as goals go, we just want to have lots of cool things happen and nobody to get hurt! It’s going to be an amazing experience playing with other bands, in completely fresh venues, on minimal touring equipment. We’ll be touring with whatever merch we can fit in our road cases and hope we can win them over! We will have a Russian Tour Manager who will babysit us, and all being well we come back in one piece!

Our fundraiser gig will be Saturday September 9th, at McHughs basement in Belfast. We’ll have some cool limited edition Russian tour t-shirts etc, and we promise not to spend too much of any donations on vodka!” 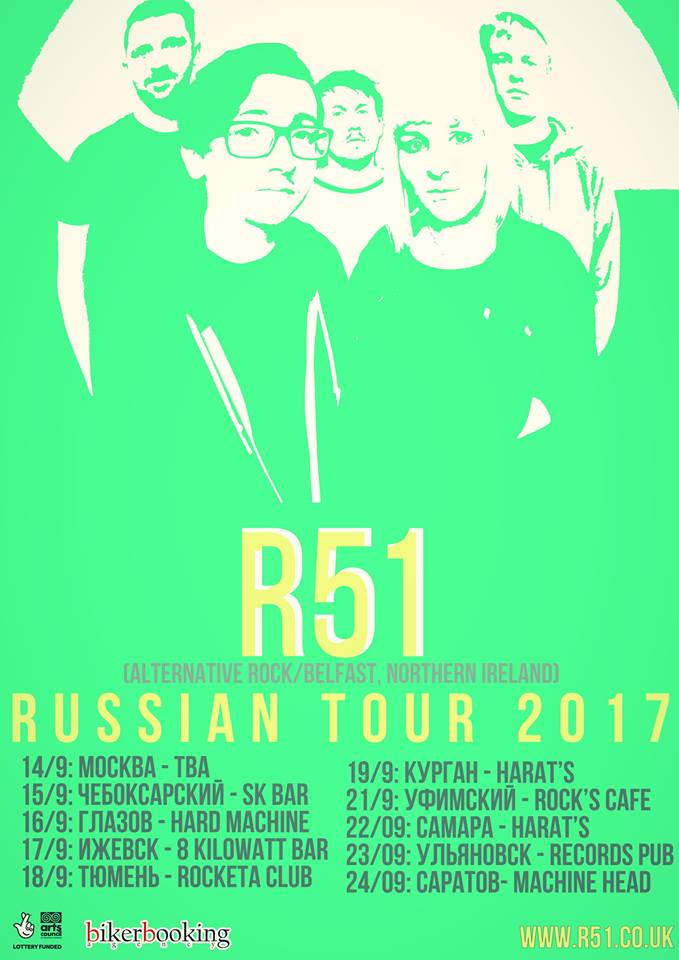