Stendhal were already on their way to a killer line-up when they confirmed that local legends Ash would be headlining the 2017 edition of their festival. The festival have now released details of the second wave of bands on the bill. This year the mercury nominated, Magic Numbers will headline the Saturday night with their brand of harmony infused rock.

Festival organiser Ross Parkhill said of the new additions to the line-up: “Topping our bill year-on-year is getting harder and harder to do each year but I think we have managed it again. We are so happy that the Magic Numbers are coming to play, they are band that radiate warmth, charm and happiness and in many ways they encapsulate what Stendhal is all about.”

The festival will also host a tribute to the late Stevie Martin as a host of local artists collaborate for ‘a Set For Stevie‘. 2017 will also mark the return of the festival’s collaboration with the Oh Yeah Centre. The influential centre will host performances from Owen Denvir, Larks, The Over The Hill Collective, Brand New Friend, Girls Rock School and Emer Maguire. There will also be a returning collaboration with the Nerve Centre and a brand new partnership with Derry’s electronic music festival, Celtronic.

Tickets for festival are selling fast and we would recommend you purchase yours now directly from the Stendhal Festival of Art website. 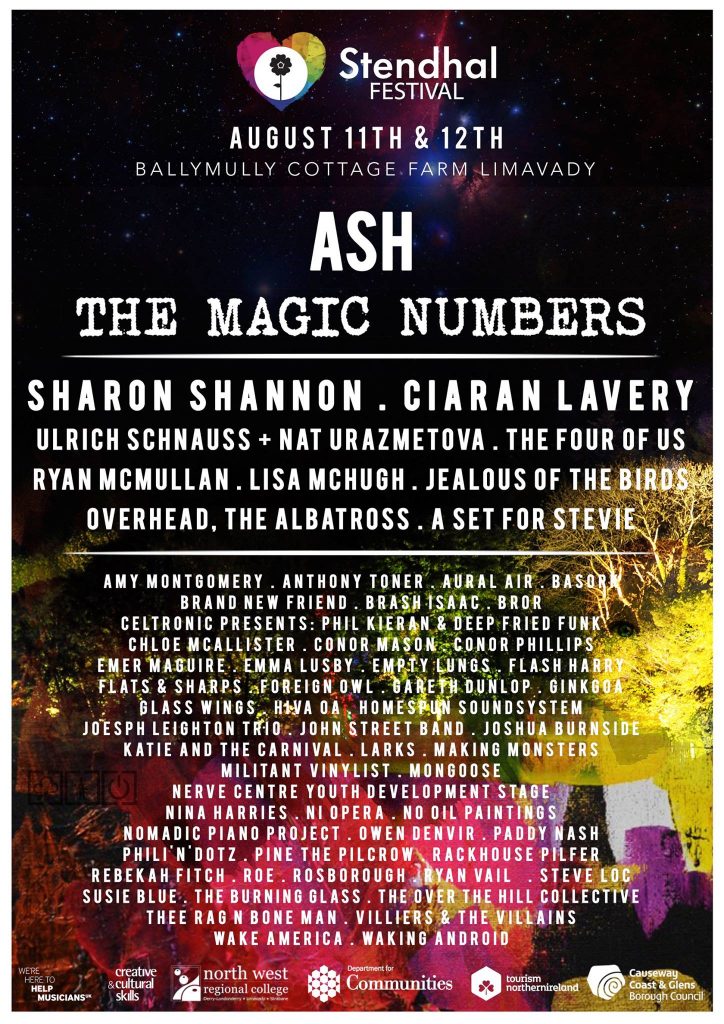