It’s been a little while since we’ve had a proper single release from alt folk songwriter Joshua Burnside. A few years after ‘Dessert Wine/Platonia’, Burnside has returned with a new record label, a forthcoming album and as of last week a new single in the form of ‘Tunnels pt. 2’.

The lead single from his upcoming debut album, ‘Tunnels pt. 2’ is a track of two halves. The first displays a real development in Burnside’s sound from his previous EPs, adorned with electronic elements, the track takes off with a sense of urgency. Stabs of guitar punctuate the track’s pulsating rhythm, while a combination of backing vocals and horns fill the sound. The track’s second half expels the indie rock for an equally big folk sound, with Burnside’s fiery vocals giving way to a calmer tone . If the first half is Arcade Fire, the second is a return to Burnside’s Dessert Wine EP.

‘Tunnels pt. 2’ will generate plenty of anticipation for his debut album Ephrata, out on 5th May. Written and inspired by time spent in Colombia, the album will feature a range of influences spanning from South America to Eastern Europe, with the album’s title spawning from the name of a town in Pennsylvania. With a a diverse blend of musical influences, and themes spanning PTSD and the apocalypse, the album should be as ambitious as its first single. 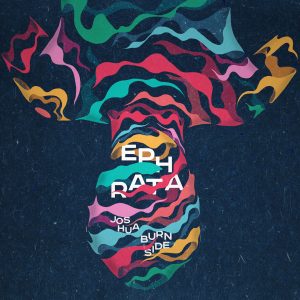 Watch: Bad Fit – In The City