Making Monsters seem to be constantly outdoing themselves lately. Last year saw the Derry rockers amass a sizeable list of achievements including supporting heavyweights Fightstar on their UK tour. But that’s all behind them, and 2016’s list of highlights is already growing.

The video has already been picked up by Kerrang and Scuzz TV, with the track getting airplay on BBC Radio 1 and 6 Music. ‘Better’ is the first single from the band’s forthcoming EP ‘Bad Blood’, set for release on 13th May. The band have already lined up a string of Irish dates in May, including a launch gig in Sandinos, Derry on Saturday 14th. 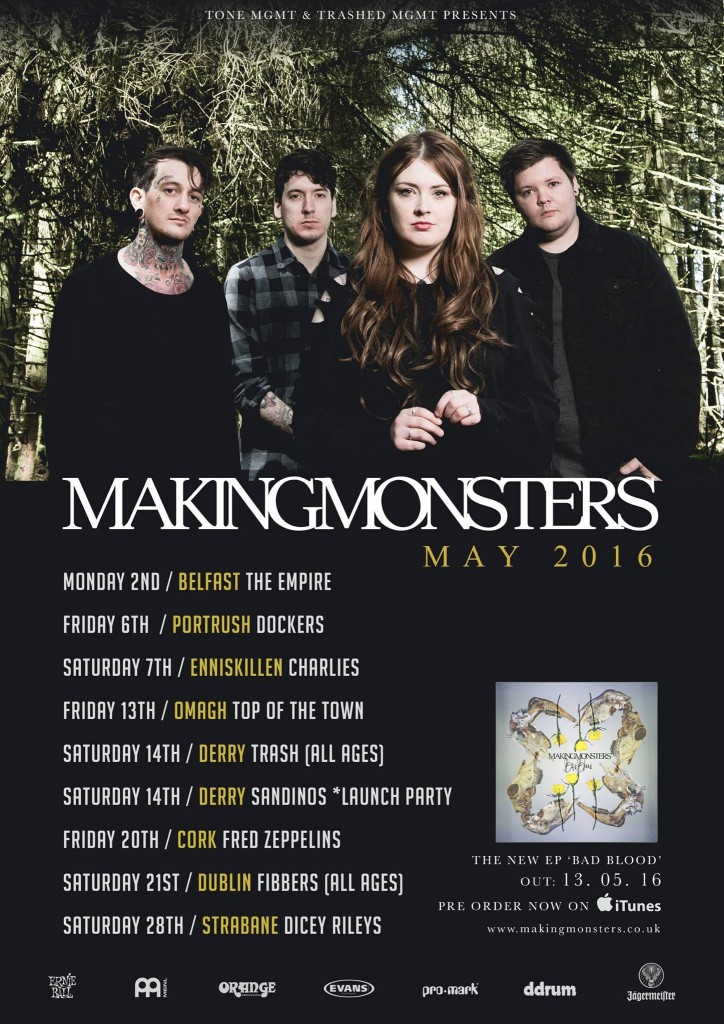