by Melanie Brehaut
in Festivals, Gigs

Bloodstock 2016 will surely go down in history as ‘the year of the Irish invasion’ with not one, not two, but an astonishing SIX bands from the north and south making the trek over to Derbyshire for the world famous open air festival. From Irish thrash metallers Psykosis both charming and impressing a packed Sophie Lancaster tent on the Thursday night to Northern Irish NWOBHM rockers Rabid Bitch of the North leaving the New Blood stage crowd breathless on the Sunday evening, we came, we saw, and we most assuredly kicked Bloodstock’s ass over that glorious August weekend.

First of the Northern Irish acts was this year’s Metal 2 the Masses winners The Crawling (you can read about their victory here), whose doomy death metal proved to fit the style of Bloodstock perfectly. Their commanding half hour set on the Friday drew a large crowd into the New Blood stage tent almost immediately, and those lucky enough to witness them were mightily impressed by their darkly pulsating songs. Vocalist/guitarist Andy Clarke is a true showman, with a snarling voice that drips with venom and a penetrating glare that pins the crowd into place. They play an engrossing mix of both slow and fast music which keeps the crowd hooked, and by the time they arrive at final track ‘The Right to Crawl’ it’s clear that they’ve smashed their set right out of Catton Park. Magnificent. 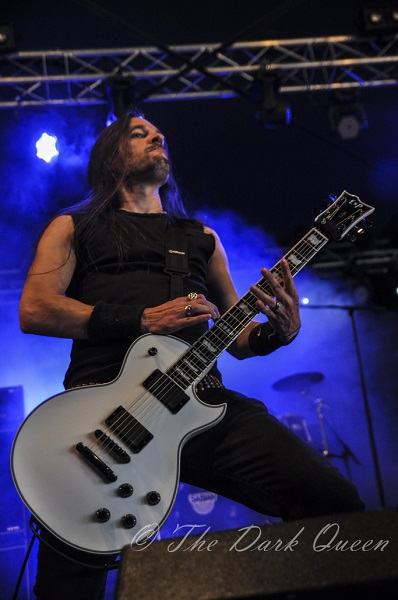 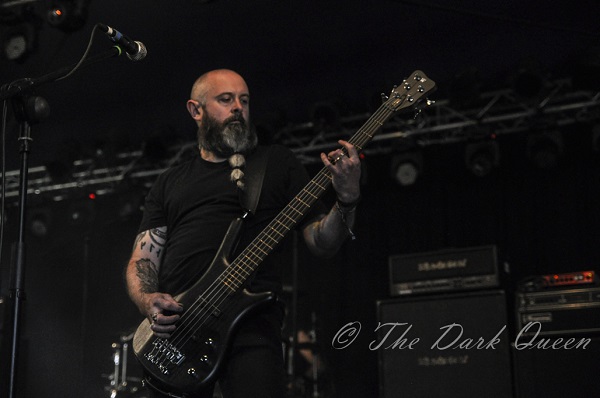 Saturday was the time for Satanic doom/stoner rockers Zlatanera hit the Jagermeister Stage for their first – but undoubtedly not their last – performance at the festival. They are in blistering form from the word ‘go’, showcasing the deep, delicious groove that they are so well known for here. Their trilogy of songs about the devil goes down a storm, delighting the crowd with its Sabbath-y groove and wickedly amusing lyrics, and by the end of said trilogy the crowd far exceeds the width of the really big tents. Frontman Andy Campbell’s husky, ‘Jack Daniels and honey’ voice soars confidently over the band’s thick, at times almost funky groove-laden riffs as they make the most of the opportunity they’ve been given by playing the hell out of their half hour set. 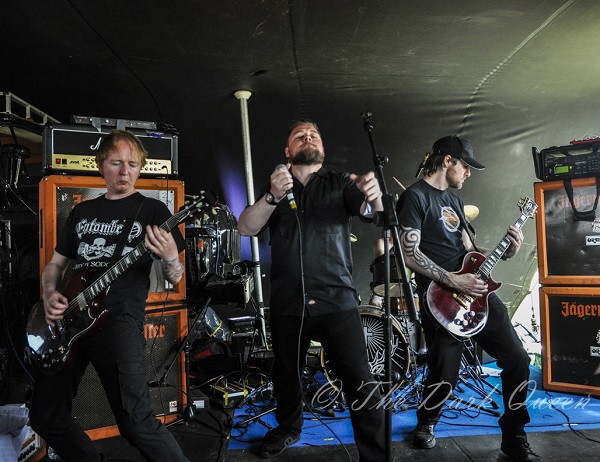 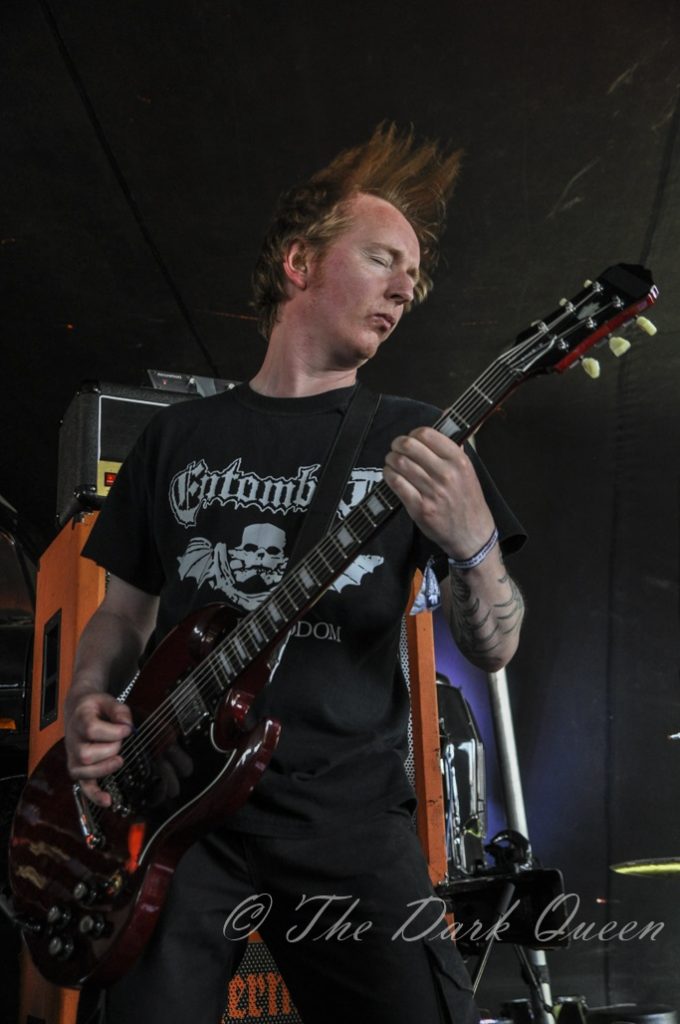 Sunday afternoon saw NWOBHM-influenced Rabid Bitch of the North graduate from the Jager Stage to the New Blood Stage in style. Beginning with the urgent ‘Sisyphus’, they pull a huge crowd into the tent in no time, all drawn in by singer/bassist Joe Mcdonnell’s fiery, often falsetto vocals and the band’s tight riffs and insistent beat; within seconds, heads are banging everywhere. Mcdonnell is a man simply born to be onstage: a beardy, beaming whirl of activity, he shows no trace of nerves, just sheer delight when the crowd respond to him (at one stage a “Rabid Bitch! Rabid Bitch!” chants arises). They dedicate ‘Slave to the Man’ to their Irish fans, then launch into ‘Green Eyes’ and its B side ‘You’re Misery’, both of which showcase Mcdonnell’s vocal range brilliantly. ‘Help! I’m Trapped In 1999!’ instantly becomes a crowd favourite; they then skid triumphantly into final number ‘Us Against Them’ and head offstage having gathered up hundreds of new fans. 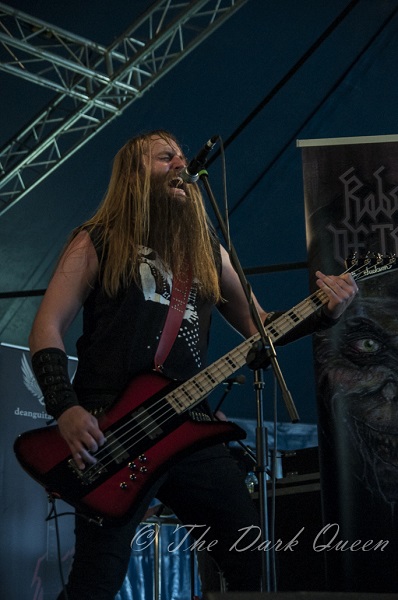 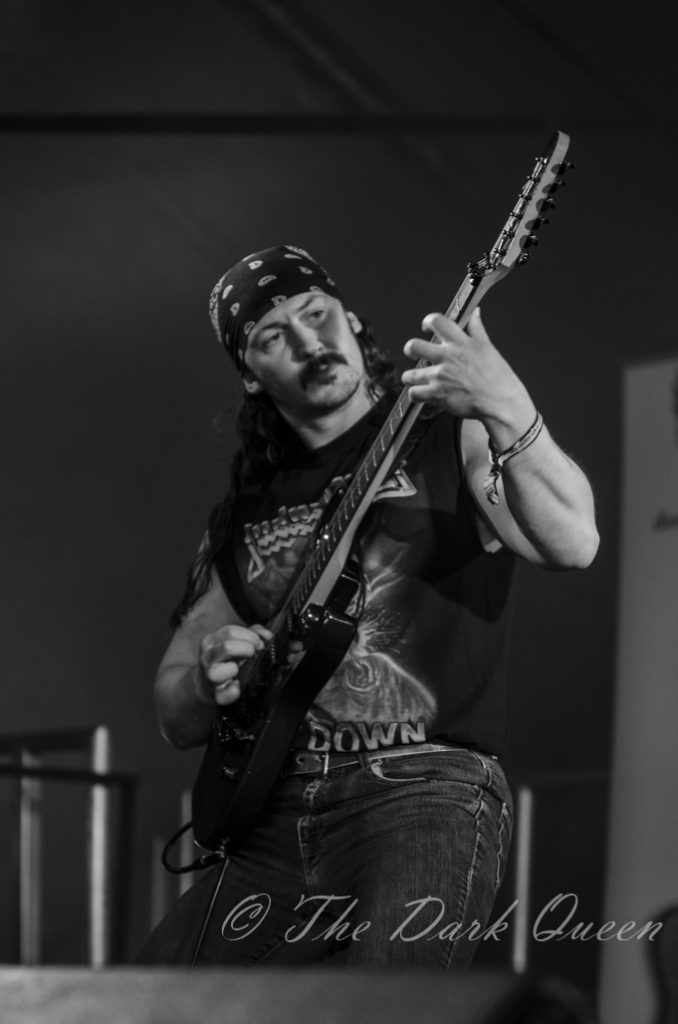 And thus the Irish invasion of Bloodstock 2016 was over bar the partaking of several beverages. Who knows what next year will bring, eh? Better hold on to your hats, Bloodstock 2017… 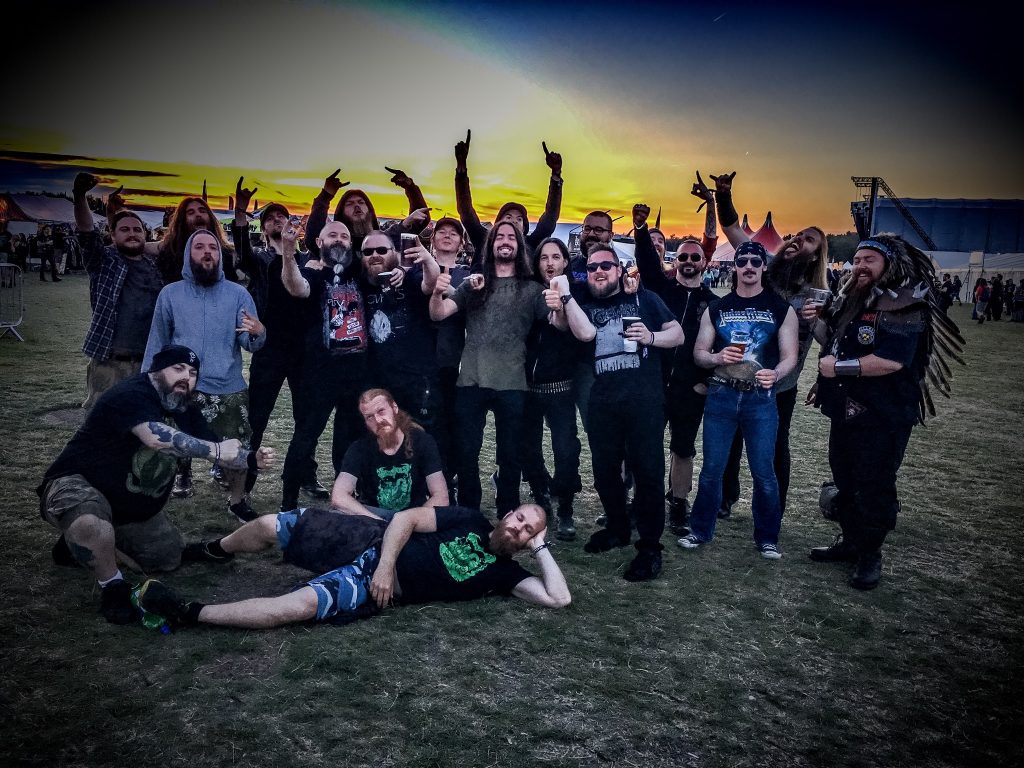 Photography by Carolyn Ashby of The Dark Queen Photography

Interview: The Crawling at Bloodstock