by Aaron Cunningham
in Gigs, News 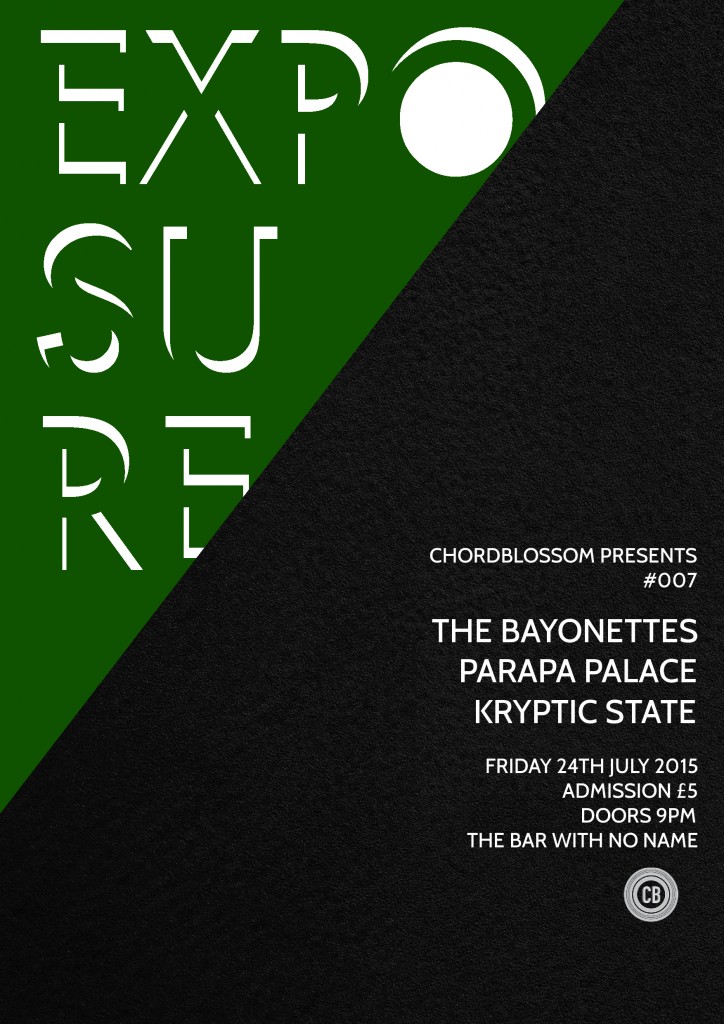 Hailing from the North Coast The Bayonettes have been blasting out their blend of alternative rock for a few years now. Despite some line-up changes the band have gone from strength to strength, including a recent appearance on Irish TV.

Parapa Palace may be fairly new to the scene but have already established themselves. Since a debut headline in The Menagerie, the band have launched a debut EP and continued to gig. They may only have one release under their belts but it’s already won them fans with it’s jangly alternative rock & roll sound.

Kryptic State are the first band on the bill and will be ensuring no-one is given a relaxed start to the show. The band from Maghera will be ready to deliver a blast of energetic, dirty punk.