by Robert Brown
in Interviews, Slider

Belfast’s own vaudevillian master, Peter Wilson is a man who never rests. Whether it’s scoring musicals for London’s National Theatre, presenting TV documentaries on RTE or working on a commission from the Metropolitan Museum of Art in New York, it would seem hard to believe that he’s any time to release music under the moniker of Duke Special. Thankfully for fans he’s getting ready to release his latest album, Look Out Machines and we were able to find a small gap in his schedule so that he could tell us more.

► In an age where music is often seen as disposable it is unusual to find someone with such a diverse portfolio who is both commercially and critically successful. How have you managed to tread that thin line over the years?

I suppose I had tried chasing the elusive ‘record deal’ years ago (to no avail!) and had spent a few years trying things, making mistakes, learning my craft and finding my voice so by the time I brought out my first EP as Duke Special in 2002 I had already come to some conclusions and was set on a path of my own imagination as opposed to one created by an outside party. The conclusions I had come to were things like realising I was already an artist without having had any success. That success does not make you an artist, rather it is having the need to create and having something to say. I always knew I wanted to do this always, there wasn’t a plan B or it wasn’t fame I was after but rather I wanted to get better at what I was doing and keep learning from other people.

► For the 2nd time you’ve chosen to work with Pledge Music, what makes working with them such an attractive proposition?

I think models like Pledge make it possible to do something on a bigger scale than complete cottage industry but do it outside of the traditional record label structure. Essentially it involves offering various items or experiences to your existing fan base in return for them trusting you with an advance payment for your record or whatever it happens to be. This really only works if you already have people who are familiar with you and like what you do. It might be harder for someone starting out although you can tailor it to suit yourself and the amount you are trying to raise.

► With fans actively funding your album through the Pledge campaign, do you feel any added pressure to impress? Is there a temptation to create a record that is more commercial rather than listening to your creative instincts?

I think it’s the opposite actually. in some ways you are preaching to the choir, that is, you are talking to people who are already fans to some extent. I think the goal though is always to progress, to follow your artistic gut but try and bring some people with you.

► The pledge item that caught our eye was your attempt to get into the Guinness Book of Records for most gigs in one day. What do they define as a gig and have you started planning where you’ll be playing?

Yeah, a bit crazy perhaps! I think the gigs have to last at least 10 mins and they all have to be in different venues. I am going for 70 (the current record being 65) so that actually means 20 mins per gig and getting to the next place. It’s going to take a lot of detailed planning and will be in and around Belfast. I can’t imagine how it’s going to feel but it’s certainly going to be fun!

► It’s not necessarily the case any more but historically many musicians would hope to get signed by a label and kickstart their career from there. As a musician who was signed to a major label in V2 and then Universal Ireland and having seen both sides of the coin, is it all it’s cracked up to be?

I was lucky to have been a priority act for V2 so for a while I glimpsed the benefits of that, namely that they were putting their finances and clout into the promotion of the record, tour support, media presence and so on. That really helped the album and as a result my profile which meant lots more people coming to gigs and the potential to keep going. I would definitely consider being involved with a label again as the team working to let people know about the music expands when that happens but it needs to be with people who care about the album as much as I do.

► Duke Special’s Gramophone Club is an intriguing prospect and quite far removed from your normal day job as a performing musician. How did you meet the Shellac Collective to begin with?

Well, I have used a gramophone on stage since day 1 initially as a prop and to play some interludes and it was through that that I got a message from a Shellac DJ in Norwich asking if I’d like him to DJ with his 2 pristine 1930s gramophones in the foyer of Norwich Arts Centre to which I agreed, obviously! Since then, he has introduced me to a collective of 78s enthusiasts who convinced me to come and DJ at Camp Bestival a couple of years ago. I loved it so much and had been building a small collection of records over the years anyway but that process seems to be accelerating now! I love learning about all these artists who have had such an impact on modern music – early soul, blues, gospel, jazz, R&B, folk, swing. It’s an on-going musical education for me.

► You’ve managed quite a few successful nights in Belfast, taken it to Dublin and snuck into Stendhal festival for a session. What is next for the Irish arm of the Shellac Collective?

I’ve actually taken it all over from Derry to Cork, Limerick to Carlow. Belfast at The Sunflower Bar, last Friday of the month is the only regular night but I seem to be DJing a few times each month now from festivals, club nights, private parties and the odd wedding!!

► In 2007 you played alongside the Ulster Orchestra and recorded the show for your live album ‘Orchestral Manoeuvres in Belfast’. How disappointed are you that the future of the orchestra and many other culturally important events are in danger due to financial cuts?

Playing with orchestras is the most thrilling context to perform, hearing your songs magnified to such an extent and with such a range of sounds, it’s hard to describe how wonderful it feels. I think it’s terrible that the Ulster Orchestra is under threat. Some people have made the point that orchestras and the arts in general can be elitist and what about health, education, jobs etc, do these not need our finances more acutely? Well, I could talk at length about the value of the arts and the benefits they have brought to Northern Ireland, financially, culturally, educationally, never mind their potential for providing well being – physically, mentally and so on. I think the most I was ever funded by The Arts Council was about £200 so it’s really not like I’m trying to line my own pockets when I say this but it’s such a short-sighted view point that the arts have less value than these other really important services I mentioned.

► You’ve announced that the supports for your Irish tour are two very special Northern Irish musicians in SOAK and VerseChorusVerse, are they two artists close to your own heart? Has anyone else of late caught your attention?

I always try and make a point of inviting someone on tour to play for an audience who maybe hasn’t come across them before. SOAK is an astonishing young song-writer who is writing the most incredible songs. She is becoming really well known so I reckon I’m lucky to have her on some of the tour. I’ll be supporting her some day, wait til you see! Tony Wright AKA Verse Chorus Verse has just released a fantastic debut solo record (a nominee for NI’s 2014 album of the year!) and we toured recently together in the Highlands and Islands of Scotland. He is genuinely one of the nicest and funniest people you could meet so it’s a delight to have him on the road again with me.

► As a man who has traveled all over the world playing music, how do you feel the music scene in Northern Ireland compares? Does the addition of a Northern Ireland Music Prize and Sound of Belfast showcase week do enough to highlight the talent on offer here?

I think one of the great things about Northern Ireland is that the music scene isn’t big enough to have all different scenes in terms of genres and record labels and venues. I think there is the potential for collaboration and encountering other types music in a way that is more difficult in say London. It feels like we all have to have a more hands on or perhaps generous spirit just in order for any of us to survive if that makes sense? I think anything which helps to highlight the talent which is developing here is a great thing.

Duke Special’s new album, Look Out Machines will be available from all the usual outlets on 6th April 2015. His Irish tour begins on 15th January 2015 and you can check the full list of dates here. 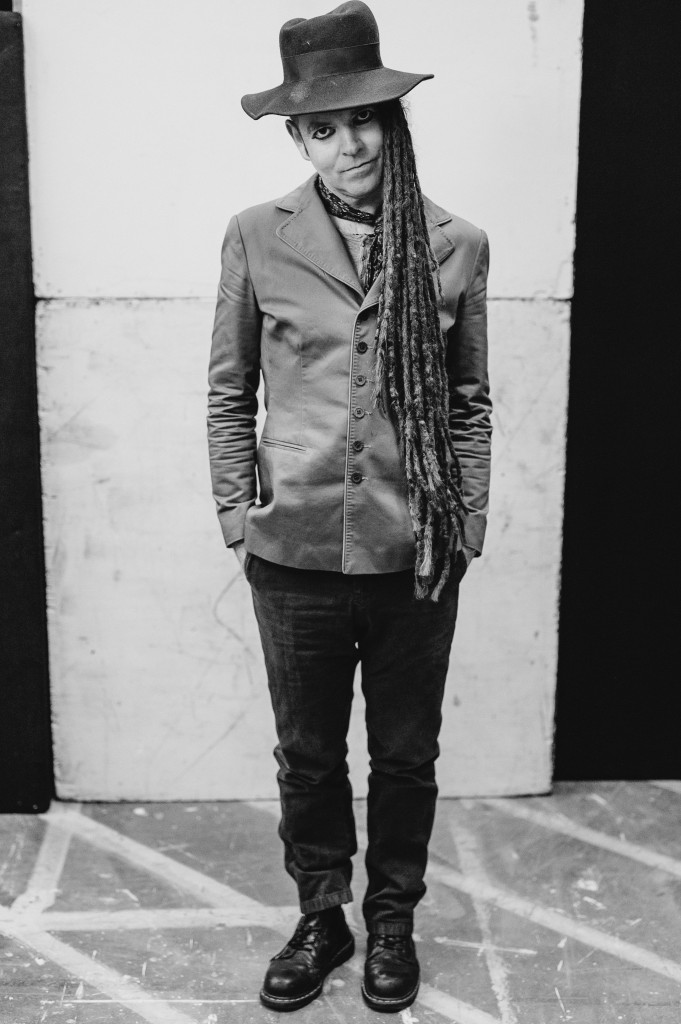 Stream: The Gold Tips – That’s All I Need

Stream: The Gold Tips – That’s All I Need