BeeMickSee is often described as an eccentric of the Northern Irish music scene as there aren’t too many rappers in our wee country. Sporting some ridiculous sunglasses considering how dark it is in Voodoo, BeeMickSee runs rampant. Jumping into the crowd, bumping into people and attacking this reviewer in his seat are just a few of the things he gets up to as Owen from General Fiasco watches on. ‘Laryngitis’ and ‘It Pays To Sign On’ are just a few of the raucous numbers that gets the venue rocking. Not to mention some dodgy dancing and a human pyramid all round off what we suspect is a pretty typical Saturday night for BeeMickSee. 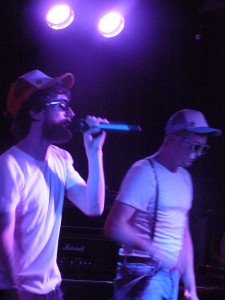 It is something of a relief that I remembered to bring my ear plugs for tonight’s gig as Hornets turn the volume up to 11 and it is hard to imagine anyone not having ringing in their ears the following morning. The three piece rattle through an aggressive sounding metal set that leaves little room for anyone to grab a breath, not helped by the extremely warm venue. Even if it is hard to make out what Hornets are singing about it really doesn’t matter as there are plenty of guys thrashing their long hair down at the front just enjoying themselves. 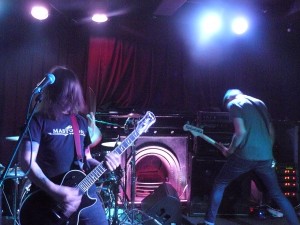 As Axis Of take to the stage tonight the venue is surprisingly empty but as soon as the epic guitar riffs kick off people come streaming into the room. Again the small venue plays its part as ‘Port Na Spaniagh’ is blasted into our faces as Niall, Ewen and Ethan get their rock on. Similarly ‘We Dine On Seeds’ threatens to send Voodoo into meltdown as the punters go wild. Highlight of the set has to be ‘Lifehammer’ which gets everyone singing and there is even quite a bit of crowd surfing for those that way inclined. Those boys with the long hair also get involved in singing by stealing the mic while the band jam away. Axis Of are in the middle of a gruelling 32 county tour and it is this dedication to hard work and great song writing that has gotten them to where they are now! 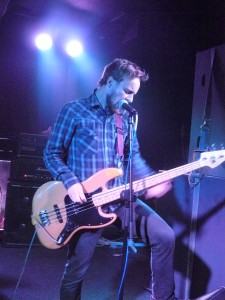 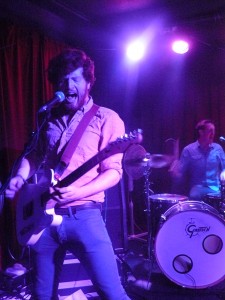