by Finola Doran
in Music Reviews 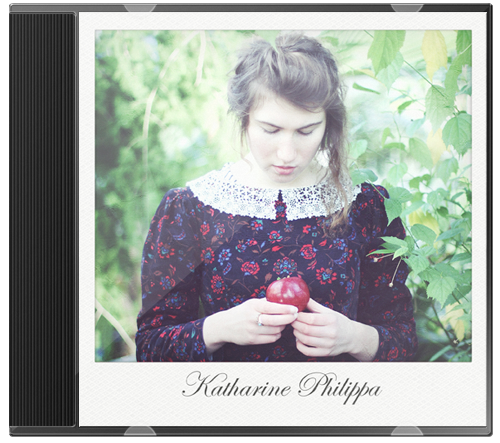 Katharine Phillipa wrote her debut E.P Fallen when she was around 18 years old but has just released it aged 20.

The combination of the raw talent of her younger self writing wonderfully deep, evocative lyrics and her matured soulful vocals makes this E.P so special and so poignant. Her vocals are immediately reminiscent of Florence and the Machine. I was afraid that maybe their stylings would seem to similar throughout but there are these wonderful moments where she comes into her own and displays her natural talent that stops her from becoming Florence’s carbon copy.

The lyrics on ‘Think of You’ made me so painfully empathetic. I could feel an attachment and felt immersed in a very solitary ambience. She makes music that depicts a life of very gentle sorrow. It’s comforting in a ghostly sort of way. There is a flawless ambience that blankets this entire E.P. It wouldn’t be difficult to take a day, put the entire release on repeat and to just be; to think of everything and nothing. Each instrument plays so smoothly and elegantly. It’s somewhat enlightening. The blend of piano on the title track is bewitching.

After a few tracks everything began to sound a little bit similar- even though the music changed, the underlying tone felt too alike. But despite this, the atmosphere didn’t diminish like I feared. It feels terrible to even think to criticise music this beautiful in any way. Her skill and musicianship is fantastic and each song is like an experience. I’ve gotten myself lost a few times, just drifting in and out of reality.

Katharine has a very natural talent that I can only see flourishing. She could easily rise to the top and accomplish great things.