Last Rush – Waiting to be Found 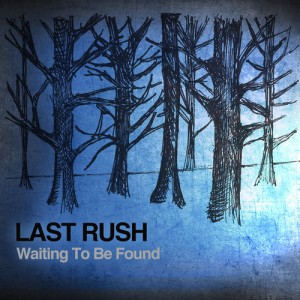 “You gotta believe in yourself, you gotta believe, gather up the things put it back together, life’s a funny thing changing like the weather” goes the chorus of ‘Gotta Believe’, one of eleven tracks on Waiting to be Found by Northern Irish rockers Last Rush. A song that would fit in nicely onto Bon Jovi’s “Keep the Faith” album without much trouble.

The band is made up of lead singer and multi-instrumentalist Nigel McCoy, guitarist Chris Cunningham and drummer Keith McCoy. The lads have been together since 2006 and blend 1980’s guitar rock (‘Heartbeart’, ‘Hold On’ and the aforementioned ‘Gotta Believe’) with occasional flickers of brass (‘Let It Go’ and ‘Red Sun’). The lead single ‘Uncertainty’ is a melodic, guitar driven track with vocals similar in a way to Alex Trimble of fellow Northern Irish band Two Door Cinema Club.

Although some of the tracks would suit radio play quite well, overall the album lacks any bite. It’s laced with 80’s nostalgia. The lyrics throughout are quite effeminate, perhaps something maybe an older audience might like. Last Rush need to shake things up a little, be more adventurous. “Lost” is the only saving grace here. Its churching guitars make it the best track here by far.