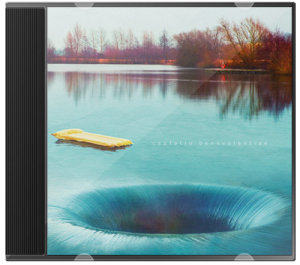 ‘Captatio Benevolentiae’ has been some time in the making from this London based trio and we are certainly into a treat of multifaceted proportions. A quick spot of research informs this reviewer that ‘Captatio Benevolentiae’ is a Latin phrase used to signify an attempt to gain goodwill via means of flattery. Every day is a school day.

We open with ‘Breaktown’ and we are introduced to Motorcycle Display Team with a stormer of a track. It is loud, brash and we immediately learn that this album was not done with half measures. We are going to be flattered, impressed and blown away. ‘Better than Sex’ is, well better than sex. It’s clever, quick witted and in Hinds we have a front man that has vocals to rival the very best; Josh Homme and Matt Bellamy best be watching their backs. ‘The Best Ex You Ever Had’ continues in the same vein, a sultry, sexy, velvety track that just oozes confidence and you can’t help but wonder how this group has yet to be catapulted into the mainstream. It’s tantalisingly close and on the basis of this, cannot be far away.

‘Summerbomb’ is a little emerald of indie-pop goodness, with harmony aplenty and sweet references to The Cure throughout, the pacing of the track is a little higher than the first two and this carries over to Zigfrid pt2.which is a punchy, addictive track that echoes Modest Mouse. It’s odd naming so many different influences of such differing styles but this is what this record is. There is a veritable music rainbow on display here. With ‘The Arguers’ we slow down briefly and Hind’s voice somehow morphs into Ben Gibbard, with an eerily similar delicacy. A track of epic proportions hid right in the middle of the album, a space normally reserved for the weaker tracks. Yet this album has no weak links.

With ‘Betweenager’ we have a lovely two door-esque love song, full of bouncy guitars, snappy drum-work with Hind’s impressive vocals a recurring theme throughout this record. There may be an overabundance of indie-pop groups but I think we can make room for one more. ‘Brickwall’ and ‘Cynics in Love’ are up next and immediately the masterful Incubus album ‘A Crow Left of the Murder’ comes to mind. These tracks maintain a high tempo that keeps the listener hooked. The production values throughout are impeccable and when you learn that Cesar Gimeno Lavin; who has worked with the likes of Modest Mouse, White Lies and pop superstar Kylie Minogue mixed the record, you quickly understand how tight this record really is. A debut should not be this good.

‘A Taste’ is an absolute floor filler, the key changes are executed to perfection. Nothing feels tired or forced, the band are never struggling to keep you interested. There is a clear structure to this album and Motorcycle Display Team ensures the record is rock solid, extremely well-polished effort.

We close with “Ocean Eyes’ which captures a beautiful meandering electric guitar that Interpol so effortlessly made their own. As the song mutates, it starts to resemble something more like the Queens of the Stone Age with Steven Hind’s vocal proficiency comparable to Jeff Buckley. What a song to finish the album with. Motorcycle Display Team have managed to create a record that hops, skips and jumps through a smorgasbord of musical styles and is is hugely impressive to possess such versatility. It’s revelatory how good it is. Go buy. Go listen. Go enjoy.