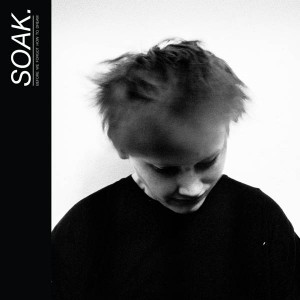 Before We Forgot How To Dream is SOAK’s long-awaited debut album. Due to be released worldwide on June 1st with Rough Trade, the 19 year old singer-songwriter (whose real name is Bridie Monds-Watson- just in case you really have just emerged from underneath your rock) skilfully encapsulates the trials and tribulations of youth, displaying insight, wit and musicality far beyond her years.

There is an endearing sense of irony present in the opening track ‘B A Nobody’, as the anxieties voiced have obviously not inhibited SOAK’s recent ascent to success. Ever so slightly redolent of Beach House, the production lends a sense of grandeur and authority to this track; it will be interesting to hear how this is recreated in a live setting.

‘Blud’ is infinitely more anguished, as is evident in the juxtaposition of the melancholic subject matter (her parent’s divorce) and the bright, Marr-like guitar tone. It nearly feels voyeuristic to listen to, as it is such a personal matter that is being aired, but there is an overwhelming sense of catharsis present, which overrides any potential feelings of the former.

Presumably, ‘Wait’, with all its talk of the Reaper, is the product of a dark night of the soul.  It is similar in style to its predecessors, but is somehow more delicate in its composition. Although it is enthralling, and effectively conveys a state of prolonged anticipation, it is prone to lag in some places, with the backbeat feeling sluggish at times, particularly near the end of the song.

The enchanting ‘Sea Creatures‘ demands full immersion of the listener as it explores the depths of the all-encompassing nature of teenage friendship. Upon every listen, it remains as heartfelt and earnest as the first. The genuine affection that SOAK has for her friend is palpable, and is only heightened by the addition of symphonic parts; the allegory implemented is simply lovely, if odd: she compares the curious oppressors of her hometown to fish and sea creatures, doomed only to interfere and speculate, never being able to fully understand the bond between the two. Much like emerging from the sea, I can guarantee that goose bumps will ensue each and every time that you listen to it.

The instrumental interlude of ‘A Dream To Fly’ is a nice touch, but not strictly necessary: the abrupt ending is a mere extension of the album’s eponymous statement, with the floaty, dream-like instrumental coming to a sharp halt, courtesy of two shots.

’24 Windowed House’ is my personal favourite by far, for a multitude of reasons. It begins by showing sparks of assertiveness, with the dark, varying arpeggio underpinning her vocals beautifully, before bursting into throaty, full-bodied flames with a furious passion. It morphs into a striking, primal force of a track, whilst effortlessly maintaining the pervading sense of wistfulness that it initially conveyed. Verging on elemental, it reflects the overwhelming desire for certainty.

The considerably more upbeat ‘Garden’ is similarly striking; it is simpler and less sinister, but by no means any less intriguing. The organic, folk-tinged feeling that is present throughout the album is particularly prominent here, with a more typical, pop-like structure being favoured.

Ethereal and laden with spade loads of emotion, ‘Shuvels’ talks of dogged ghosts (perhaps past selves?) continuing to haunt her, and states that “We’ve outgrown our old selves”, affirming the sense that this is album is a work of Bildungsroman: it is a departure from teenage sensibilities, but not sentimentalities. Its transitional nature conveys a future that has the potential to transcend, but never fully escape the past experienced (and painted so exquisitely) by SOAK, which is a thing of beauty in itself. With the benefit of hindsight, she fully acknowledges the futility of yearning for what could or should have been, and all that is recollected throughout is done so in a manner that is accepting and learned; she never pauses to indulge in rose-tinted nostalgia or to romanticise the growing pains that coming of age entails, which is a testament to SOAK’s artistic maturity.

The more minimalist electronica of ‘Hailstones Don’t Hurt’ makes great use of reverb, causing SOAK’s Lisa Germano-like vocals to echo, awash with the reality of isolation and rejection (“You say that I should move on, but I don’t wanna.”). In contrast, ‘Reckless Behaviour’ is practically celebratory in tone. A veritable ode to the adolescent illusion of immortality (“I won’t waste my youth this year.”), it contains traces of cheery synth-pop and serves to showcase her enviable vocal range.

Despite the thought provoking title, ‘If Everyone Is Someone- No One Is Everyone’ feels a little clunky, like unnecessary padding, but it in no way detracts from the formidable ‘Oh Brother’. Moody, brooding and elegiac, the foreboding guitar and violin combine to emit a claustrophobic, mournful foil to SOAK’s haunting, pensive vocals. Lead by crushingly insightful lyrics (“Pretend we are who we used to be/Before we forgot how to dream”), it is a strong dose of realism wrapped in a wonderful sense of wistfulness.

The hidden track, ‘Blind’, is an intimate, breathy ending that neatly summarises the discovery charted throughout the album. Delivering lines such as “I fell blind in your sight”, SOAK’s sultry vocals speak plaintively of the on-going struggle faced by many upon embarking on the search to retain and develop an identity. Certainly, such insights have never been articulated in so straightforward a manner, and to condense such subject matter with ease is even more incredible. Before We Forgot How To Dream is an album that both meets and defies any expectations that you might have, and firmly cements SOAK’s status as one of the brightest talents that the world has yet to see.