[soundcloud url=”http://api.soundcloud.com/tracks/93503463″ params=”” width=” 100%” height=”166″ iframe=”true” /]
Little Bear is a band that is garnering more and more press attention, local to national, and all of it positive. It is little wonder and if the Derry four-piece keep working hard on the live front with high profile gigs and keep producing recordings such as the sublime ‘Night Dries Like Ink’, there is no telling how far they can go.

‘Night Dries Like Ink’ is backed with ‘Killer’ and both are mature, lush slices of modern pop music. I say mature because it takes a certain kind of self-confidence from a young band to avoid the 3 minute crash-bang-wallop songs about sex and teenage angst.  Little Bear evoke memories of the early days of Coldplay both in texture of the music (piano, touch of organ and guitar) and the sweet vocal sound and also the heart-string tugging tenderness of Elbow at their introspective best. There’s also a simple poignancy in the lyric delivery, ‘Money don’t mean a thing, when the devil’s got a hold of me‘. It’s the type of phrase Chris Martin used to specialise in back in those heady days of ‘The Scientist’ and ‘Fix You’; the ability to take a line and make it a hook.

‘Killer’ has slightly more edge to it, thanks to the electric guitar cutting through the piano-based riff. It’s also slightly more uptempo with again, it has to be said, a very Coldplay ‘plodding’ time signature. For me, it is the lesser of the two tracks, in that I don’t hear the same hook in the song that I do with ‘Night Dries Like Ink’, but it is still a strong track in its own right.

Little Bear may have to show, like Coldplay and Elbow before them, that they have more than just ‘lighter in the air’ slow songs in their locker. They will need to show they can do uptempo songs of the same quality as this. If they do, I don’t see much stopping them. 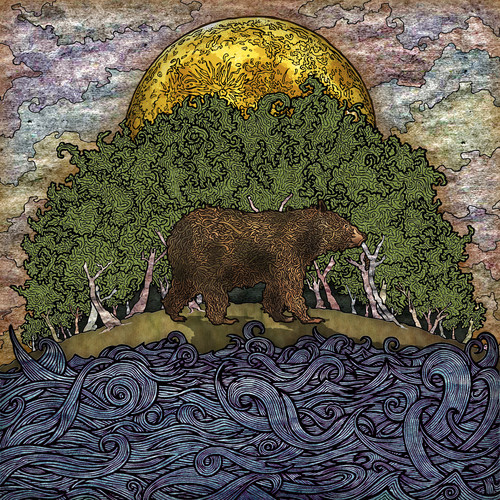