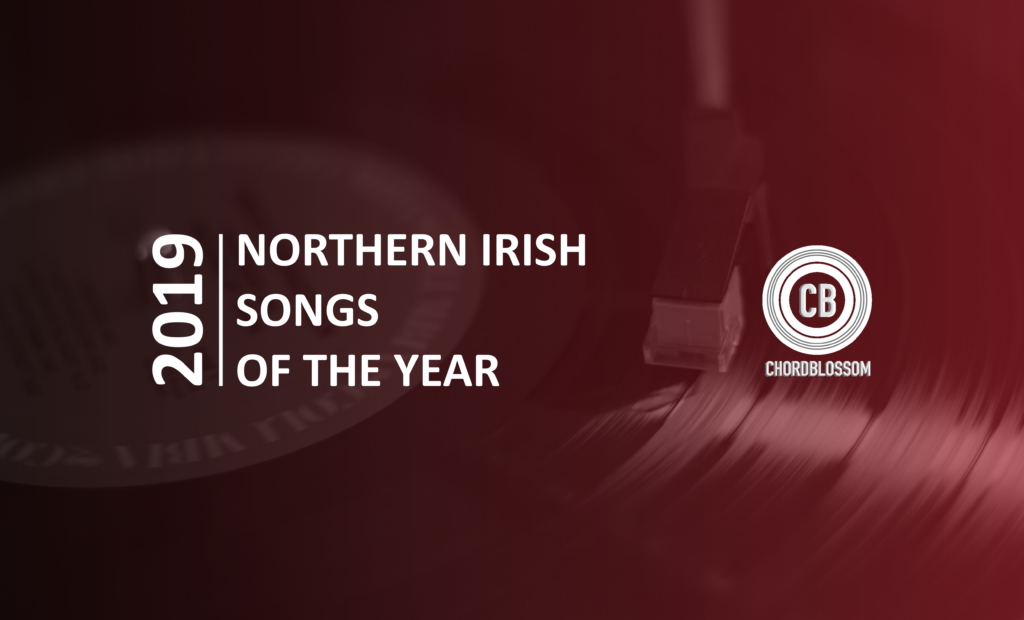 With the passing of another year, the two major events of Spotify Wrapped and Christmas both fading in memory, it’s time for another end of year list and a look back at the best music 2019 had to offer us. After plenty of discussion and hard decisions, here is our round up of the best songs to come out of Northern Ireland in the past year. Words by Benjamin Magee, Addison Paterson and Aaron Cunningham.

Check out the first part of our list here.

As warm as Henderson’s vocal delivery is, it’s unable to soothe the frigid, sharp edges of ‘Museum’. Bringing her full talents as a song-crafter to the forefront, Henderson spins a tale of mistrust and falsehoods, heartbreak and the potential for revenge. Deceptively scary and gorgeously constructed, with top class lyricism as the cherry on top, Henderson stakes her claim as a top tier talent. BM

Piano and self-reflection lead the charge on Lavery’s ‘Selene.’ Cut from the ‘if you don’t laugh, you’ll cry’ cloth, Lavery’s aching vocals are equal parts shattering and somber. Tackling battles with shame, religion and self worth, Lavery has never shied away from the rougher parts of the human condition, but he’s particular potent on this track. BM

Reevah’s return this year was a statement of new intentions while acknowledging what came before, an ethos reflected on ’26.’ Looking back on the years, Reevah evokes wells of nostalgia and mixed emotions. AC

The song that typifies the buoyant spirit of Son Of The Hound’s anthemic debut best. Bright, powerful riffs hit first ahead of the driving 80s rhythms that become symbolic for the backbone of defiant positivity throughout the album. An underrated lyricist, Mick McCullagh combines festival style chants with a natural storytelling brogue. BM

Bright indie pop is the flavour of the day on the iridescent single from the left-field duo. Contemporary, addictive vocal melodies and chip tone inspired beats lead you down a path of birth sky riffs and bright rhythms, while electronic sunshine pulses and breathless synth give the necessary structure. Ridiculously fun. BM

Alternative rockers maintain their same gothic fervour on their latest, but give their normally weighty riffs a distortion filled suspicious-substances-bump. Sounding like every dial has been jacked up to 11, the cathartic, stomping jaunt of ‘Leave Me At Lusk’ will leave you battered and bruised. BM

The first track on the multifaceted Derry artists’ highly acclaimed, Northern Ireland Music Prize winning album as well as one of the lead singles, ‘Arrival’ is a stunning piece of music. The pair’s talents combine on the moving instrumental. Anchored by a simple progression and marked by sorrowful strings, the melancholic trance-like state segues in and out of heavy percussive episodes with impressive sleight of hand. AC

The anti-patriarchal four-piece romp through a few minutes of sheer punk bedlam on ‘Mediocre Man’, taken from this year’s debut EP ‘Good For You Aren’t You Great’. Fiery, unchained and gorgeously tongue in cheek, the band take down the privilege and laziness of the mediocre man. AC

A song that’s been around since the folk artist’s early days, this version of ‘Northern Winds’ is taken from Joshua Burnside’s stunning Live at the Elmwood Hall release. Lush strings, intricate guitar picking and Burnside’s sumptuous lilt combine on this gorgeous version. AC

Strange New Places were an endless well of hope throughout 2019, and on ‘This City’, it bubbled over. Ash Jones’ painstaking, reverberating vocals, and sweet, careful guitar melodies brim with images of what could and should be. AP

A love song like few others, Joel Harkin’s touching ode to a lost love reminisces on the little things across a bed of typically downcast guitar swirls and infrequent instrumentation that brings out the beautiful lyrics. Written for his dog Memphis, it’s a touching tribute that hits true while lapsteel and harmonies add warmth to the whole affair. AC

A somber turn from her usual stadium ready alt-pop, ROE’s mental-health inspired number hits too close to home to be dismissed. A native of one of Ireland’s worst hit regions for depression and suicide, the piano led self-analysis of ‘Down Days’ has an emotional weight that elevates it past the moniker of a normal pop song. Equal parts dramatic and authentic. BM

Straddling the line between hard/emo rock and polished pop-rock, it is Emma Gallagher’s raspy, bellowing vocals that bridges these sounds together. With jarring synth and guitar lines, the track is best heard loud and live. AP

Slacker indie rock darlings try their hand at protest music to some glorious results. A state of the nation address that gives a scathing review of the draconian traditions that some in the north are happy to sick to at the expense of others. Dripping with sarcastic elation and guided by a contemptuous growl, the rarely visited fury from Hand Models gave us one of the most arresting tunes of the year. (Editors note: Fuck The DUP) BM

A centrepiece of the band’s dream pop debut album and one of the lead singles, ‘Rainbow Ballroom’ encapsulates much of what made ‘Be Kind’ such a pleasure. A soft disco groove that rides on the smooth vibrations of a great bassline. Cheylene Murphy takes the verses while Ryan McGroarty comes in with the most wonderfully stirring vocal for the chorus. Synth lines and guitar parts weave in and out of the song’s wavey melancholia. AC

One of two tracks nominated for best single at 2019’s NI Music Prize, ‘You’ is a perfect candidate to represent Kitt Philippa’s incredibly complete debut album. Largely sparse instrumentation allows Philippa’s stunning vocals to shine through. Poetic but simple and emotional, ‘You’ rises out of staggered keys into an emotionally wrought romantic call. AC

The lead single from 2019s ‘Lies We Tell Ourselves’ is Fitch at her best. A swirling ballad of dark, electronic beats, neo-soul vocals and proto-funk rhythms, ‘Need To Feel’s’ power lies in its introspection and raw vulnerability. An unbridled narration around worsening mental health conditions and an attempt to re-tune oneself, Fitch’s frank honesty lends a strength to the track that adds a higher, spiritual level to it. BM

A tale of a desperate attempt to find clarity and order in an anxiety riddle world. Cappuccino addictive, panicked chorus is amongst the best to come out of Ireland this year, with its breakneck, ‘War On Drugs’ inspired riffs providing a high-octane kick to accompany its furious energy. BM

Perfumed grooves and gloriously bohemian indie rock from JOTB. The addictive claustrophobia of ‘Miss Misanthrope’ and the like is cast aside for riffs and rhythms as wide open as the bright blue sky. Fuelled by a reckless abandon and tender lust, ‘Blue Eyes’ is all fair and no filler. From the punch of the opening riff, to the grinning joy of the choral “Yeah yeah Yeah Yeah’s” and the syrupy intonation of Naomi Hamilton’s wolfish vocals, ‘Blue Eyes’ is the sound of a band on the precipice. BM

A bold and pulsating force live, New Pagans managed to capture that alt-rock energy in a bottle on ‘It’s Darker’, one of two incredible singles the band released this year. A non-stop thrill ride of a song, it thrashes through big riffs, guitar breaks and stormy, but catchy vocals from dream vocalist and focal point Lyndsey McDougall. An incendiary release to add to a growing repertoire from the five-piece. AC

The long-awaited return for SOAK was well worth the wait. The neon-drenched melancholia of Deja Vu is a beautiful listen from start to finish. Both efficient and chaotic, SOAK’s depiction of catastrophe, emergency and melodramatic apocalyptica as “business as usual” is the most arresting of the year. Armed with perhaps the most potent choral melody of 2019, Deja Vu is a masterclass in modern indie pop. It’s kitchen sink drama set against the end of the world – and only SOAK could make it sound quite so beautiful. BM

The Derry trio’s second single of the year was a new sound, embracing pop punk with both hands and smoothing out their rougher edges. Their usual punk ferocity is overtaken by a more sweetened pop palate. A teenage throwback that sounds accessibly new, there’s mixed feelings from the song’s protagonist but ‘Abigail’ is bright sunshine beaming through the clouds, very little put as big a smile on the face as hearing this one for the first time. Sonically perfect pop punk makes this a winner. AC