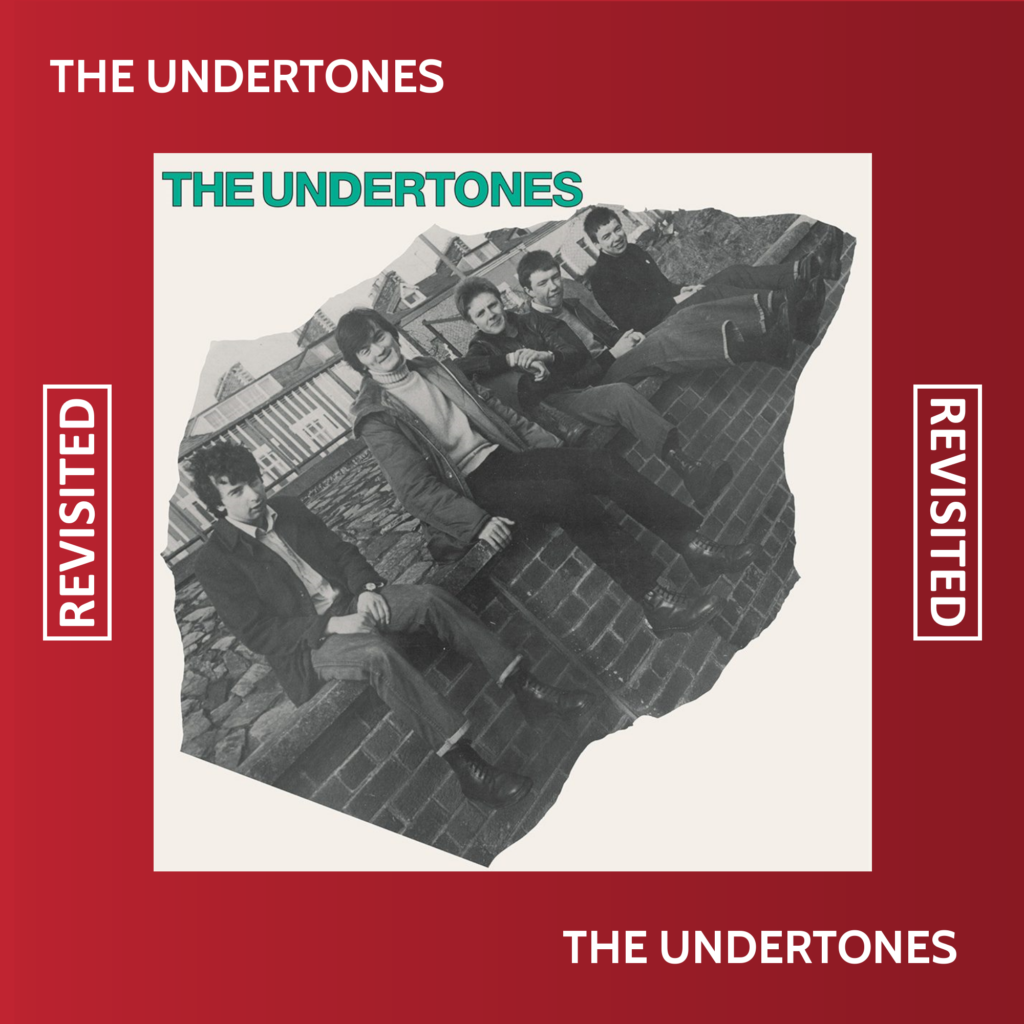 Part 1 of our new series exploring classic Irish albums begins with The Undertones, one of ‘the greatest pop groups in the English speaking world’ (according to a 1980’s  Sounds magazine cover story). Over 4 distinct records, the band released a catalog of music that continues to stand the test of time, both critically and commercially. They’ve been covered by everyone from One Direction to Green Day, The Foo Fighters to The Killers and beyond. In ‘Teenage Kicks’, they wrote the quintessential adolescent anthem, perfectly capturing the impending excitement of the rest of your life and making legendary broadcaster John Peel cry tears of joy in the process. In this article, we explore their self titled debut and ask the question – ‘The Undertones’, was it really that good?

The children of the 70’s had never known heartache like it. Sure, their parents tried to warn them. What about The Beatles!?  They’ll break your heart, those rock and roll bands. It’s all fine and good at the start; you catch a glimpse of them on TV. John Peel plays them on the radio (twice in a row!). The NME’s reviewed them live and, your lucks in, they’re playing a city near YOU soon. So you gather up your closest friends (or at least the strange kid at school with the mohawk and fake ID) and suddenly you’re there. The beer is cheap, the floor feels superglued to your DM’s and the support band is terrible, but none of that matters. Five awkward looking young Irish lads arrive on stage. You scream, you don’t really know why, but it feels like the right thing to do. Then the drums, that 3 second intro that sends lightning down your back and into your tired legs. You’re away. They’re away. “Teenage kicks, so hard to beat…”

Long before Zayn Malik walked away from One Direction, or Robbie dropped the rest of Take That, Fergal Sharkey leaving The Undertones was the most devastating blow a generation of pop fans could possibly imagine. These were 5 teenagers from the Creggan and Bogside, entrenched in civil war, yet determined to make something of themselves. Writing their own songs, The Undertones sang about a life a million miles away from what the news channels were reporting about their home. They served as a reminder that amidst the chaos, bombs and tragedy, you could still fall in love, hate your cousin and be buzzing for Summer, just like the rest of the world. When they took their first fleeting steps onto the Top of the Pops stage, they were a brilliant contrast to the manicured, modified popstars of the day. Here was a band who looked like their audience, because that’s exactly what they were. If they hadn’t been on the stage, you can guarantee The Undertones would have been front and centre, pogoing alongside Terri Hooley and the rest.

The Undertones debut album arrived in 1979, after American supremos Sire Records signed the band  with the blessing of Good Vibrations founder Terri Hooley. You probably know the story by now, how Hooley paid for the recording of the band’s earliest material after catching them at a gig, using his own Good Vibrations record shop as a DIY label name and HQ for punk operations in Belfast.

The songs that had caught Sire’s ear were born and raised in The Casbah, the local punk venue in Derry blown apart by an IRA explosion in 1973 and rebuilt just in time for the teenagers to cut their teeth in a couple of years later. Those early tunes included ‘Teenage Kicks’, the title track of the bands debut EP in 1978 and the song John Peel has quoted on his gravestone. ‘Kicks’ was the rocket fuel that propelled the band to success, a bombastic 2 and half minutes of all the best bits of being alive, Peel apparently broke down in tears the first time he heard it. The song took on a life of its own, so it’s a testament to chief tune-smith John O’Neill that it’s not even the best song on their debut; that title belongs to ‘Get Over You’, a surf pop-gem sounding like The Beach Boys grew up in New York, and took holidays in the Bogside. There’s something in Fergal Sharkey’s delivery, the way he spits out the chorus, and the O’Neill brothers and bassist Michael Bradley’s choral harmonies. It has sadder eyes than the rest of the record, a gentler refrain.

Across the rest of ‘The Undertones’ there’s little room for variation, but with songs regularly clocking in around the 2 minute mark, that was entirely the point. This was a sugar rush, experimentation could come later (and it would, on expansive follow up ‘Hypnotised’). Many of the songs across ‘The Undertones’ feel hand crafted for the terraces of the Brandywell, creating a ready made football match atmosphere. When this works, like on the bouncing ‘Girls Don’t Like It’ or big single ‘Jimmy Jimmy’, it’s a riot. When it doesn’t, like the lumbered ‘I Gotta Getta’, it just feels repetitive, despite a playful church organ jumping in at the last minute. The atmospheric ‘True Confessions’ never really finds it’s way either, an audacious effort, but not one they were quite ready for yet. Still, even at this embryonic stage The Undertones had a masterful understanding of timeless pop music and how to create it.

‘Here Comes The Summer’ remains an absolute classic, ecstatic and warm, as if Sharkey had bottled up the perfect getaway and downed it in the studio. ‘(She’s a) Runaround’ could have been a huge Ramones hit, O’Neill’s endless hooks hitting home in just the right places. Closing with the teaser ‘Casbah Rock’ was also a deft move, sounding like a punk re-imagining of an old 60’s girl-band number, it hinted at what was yet to come from the band, still so young.

People never forget how you made them feel. For some, a Vivaldi symphony can bring the enormity of life directly to your frontal lobe. Maybe a Jimmy Hendrix solo, or an Aretha Franklin powerhouse vocal is more your thing, complex and all encompassing. In 1979 The Undertones used 3 chords and a teenage manifesto to bring a generation to its knees. More than 40 years on, those feelings remain universal.

Listen to: Get Over You